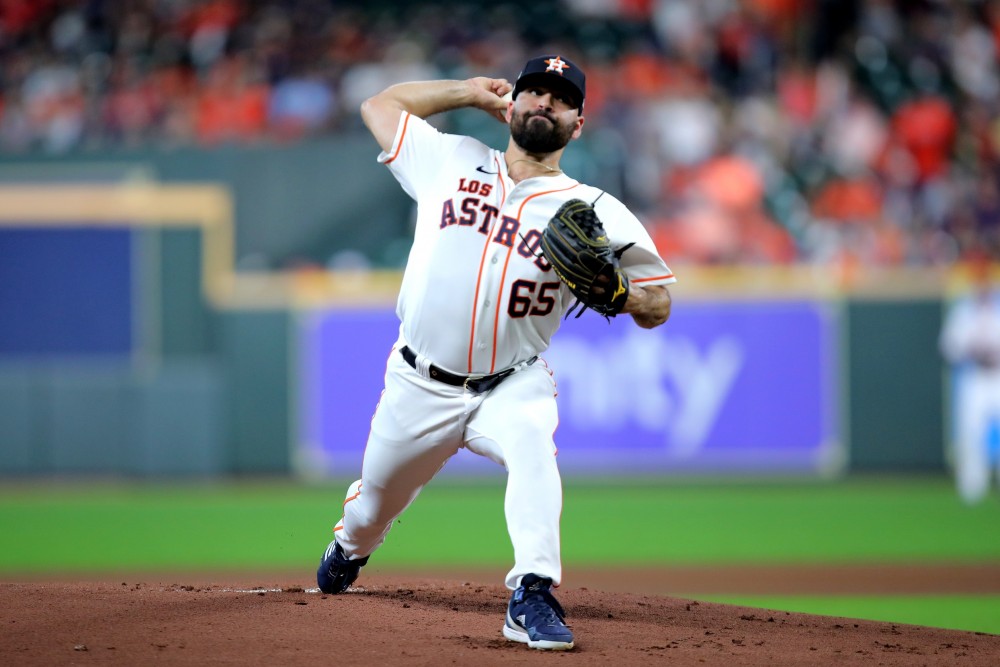 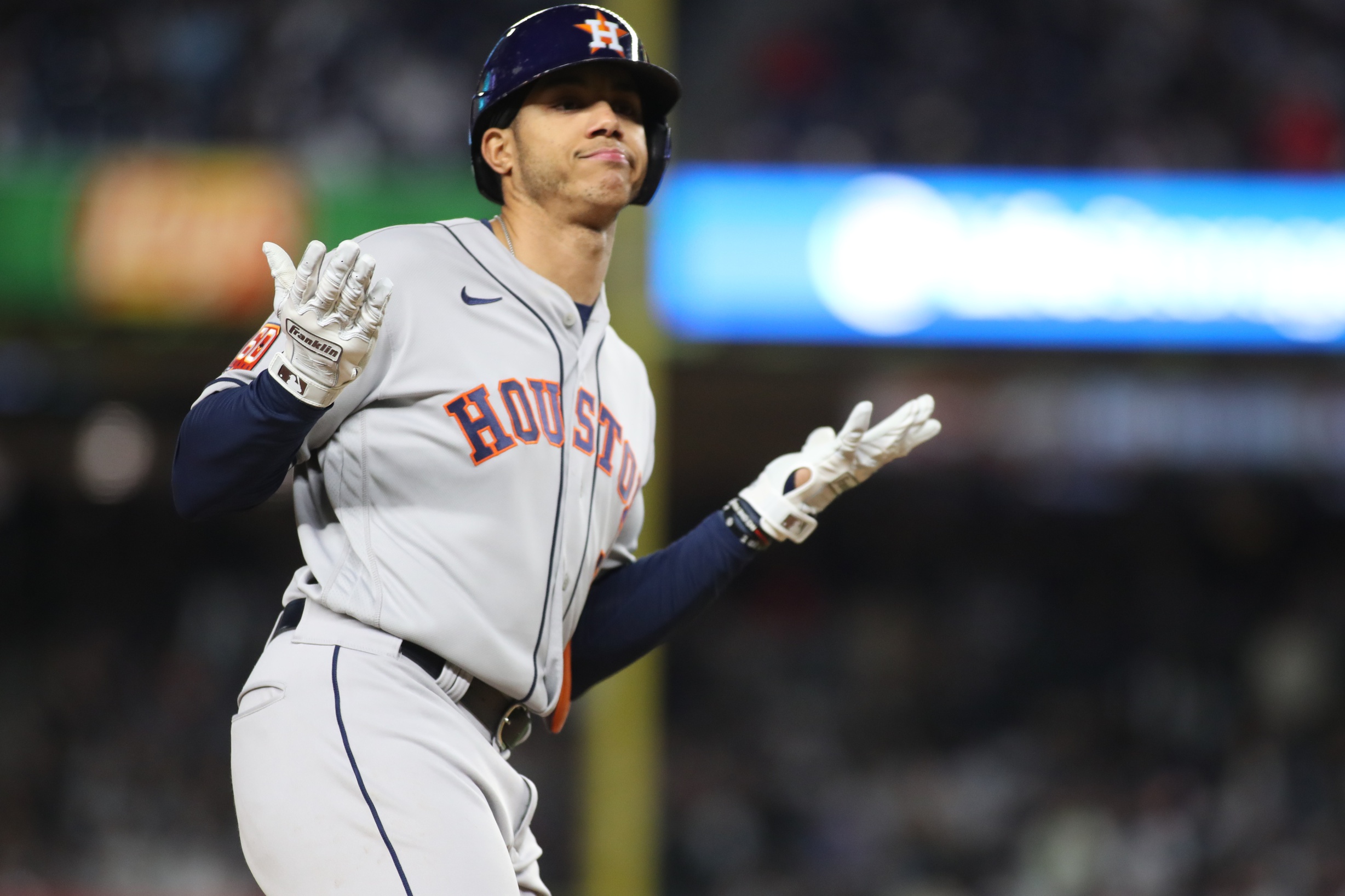 Despite a few changes to the starting lineup, the 2022 Astros might be the best version we've seen to date. They rolled through the regular season and much of the postseason with relative ease, but they'll face a few difficult financial roadblocks once the winter months arrive.

Tucker is slated for his first go round in arbitration this winter, which projects to pay him $6M in 2023. With back to back 30 home run, 5+ WAR seasons under his belt, the Astros should be thinking much bigger though. Houston recently bought out all three years of arbitration + 3 years of free agency for slugger Yordan Alvarez at just under $20M per year. Will they match that for Tucker this offseason? He’s a $30M per year player in our system mathematically speaking.

To say that Pena’s rookie campaign was a success would be a monumental understatement. The 25-year-old posted 20 doubles, 22 homers, 63 RBIs, and stole 11 bags in his first year taking the reins from Carlos Correa. Wander Franco’s 11 year, $182M contract might be overkill for Houston, especially as Pena is already 4 years older than Franco was at the time of his deal, but a modified version of this framework probably makes sense.

The Astros are flush with talented starting pitching, and assuming Justin Verlander remains in the mix next season, can flip at least one arm for more bullpen/lineup depth. Urquidy seems the most likely candidate both for value and for what Houston can internally replace him with (Javier, Whitley). The 28-year-old is headed for his first arbitration offseason, set to earn around $3.6M.

Maton will be entering his third and final year of arbitration in 2023, scheduled to make around $3.6M. With limited action down the stretch, it’s hard to imagine the Astros stick at that number. 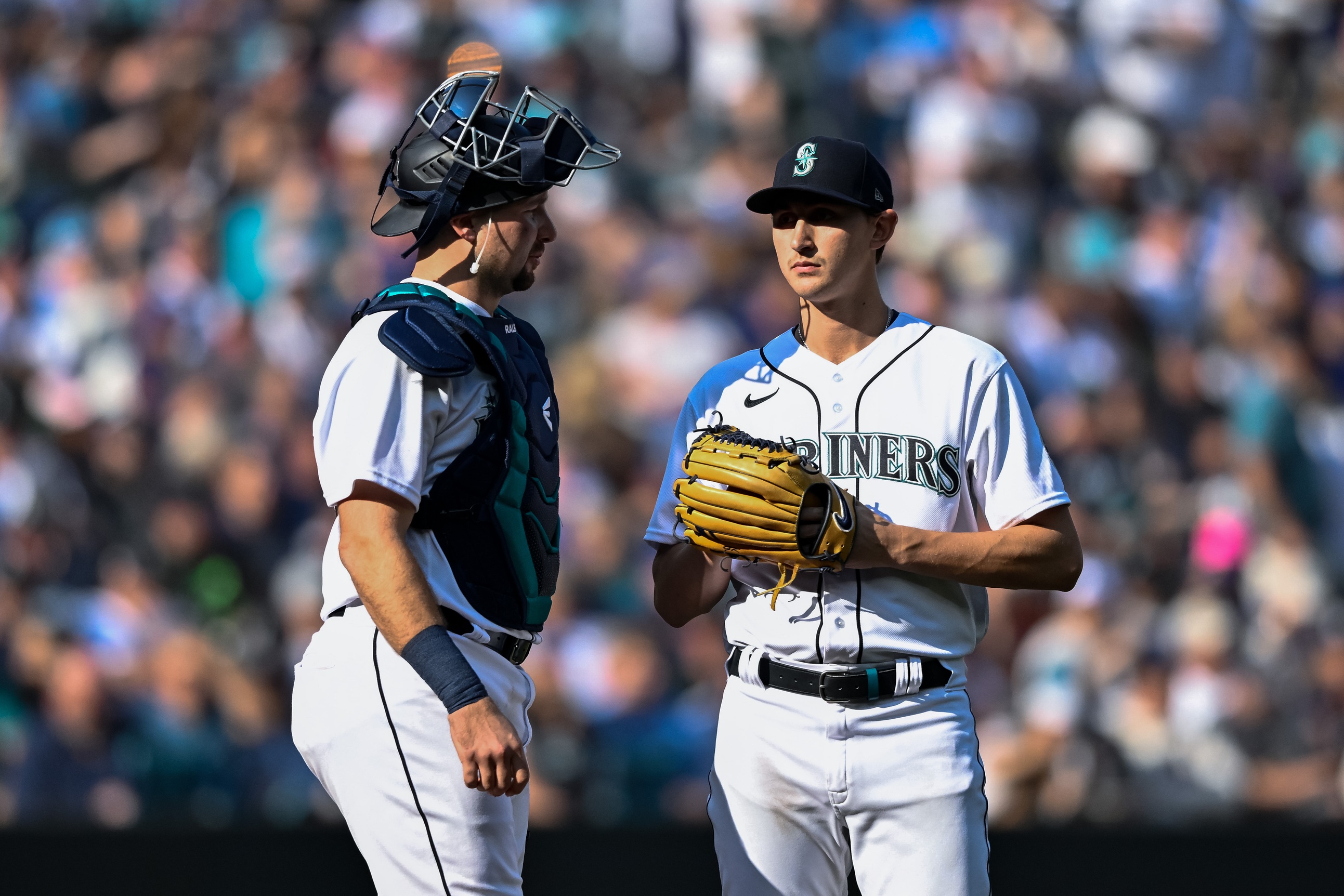 The Mariners have slowly building themselves back into contention, and with 90 wins and a playoff series win under their belts, it's safe to say that time has arrived. GM Jerry Dipoto likely can't wait to get his hands on this offseason, be it another blockbuster trade, or a few splashy free agent signings to help take this roster to the next level.

Gilbert backed up a solid rookie campaign in 2021, with a breakout season in 2022 (3.20 ERA, 1.18 WHIP, 174 strikeouts). He moved himself ahead of Robbie Ray in the rotation, working neck and neck with newcomer Luis Castillo as one of the most reliable arms on the roster. The 25 year old projects to a $24M per year extension right now in our system. But with 5 more years of team control ahead of him, that number should be negotiated down into the teens as many of these pre-arbitration extensions have been seen to do.

Breakout rookie season is an understatement. Raleigh posted 20 doubles, 27 homers, & 63 RBIs in just 100 starts this season. He’ll be one of the core pieces of this team going forward, and is a strong candidate for a pre-arb extension, despite 5 years of team control ahead of him.

Winker was a viable middle of the lineup bat for the Reds in 2021, but things fell off a cliff this past year in Seattle. The Mariners are in contention, so paying down this contract to open up the roster spot and bring back some sort of depth asset should be a priority. His contract holds 1 year, $8.25M remaining through 2023.

Weaver is out of minor options and projects to a $3.6M salary for his final year of arbitration. Seattle’s push forward will definitely include an upgrade to their bullpen this offseason.

Torrens is out of minor options and due to limited action in 2022, projects to repeat his $1.2M salary from last year. He won’t be too expensive to keep, but with Cal Raleigh having officially arrived (and then some), and if veteran Tom Murphy can return to full health, that’s probably enough reason to move on here. 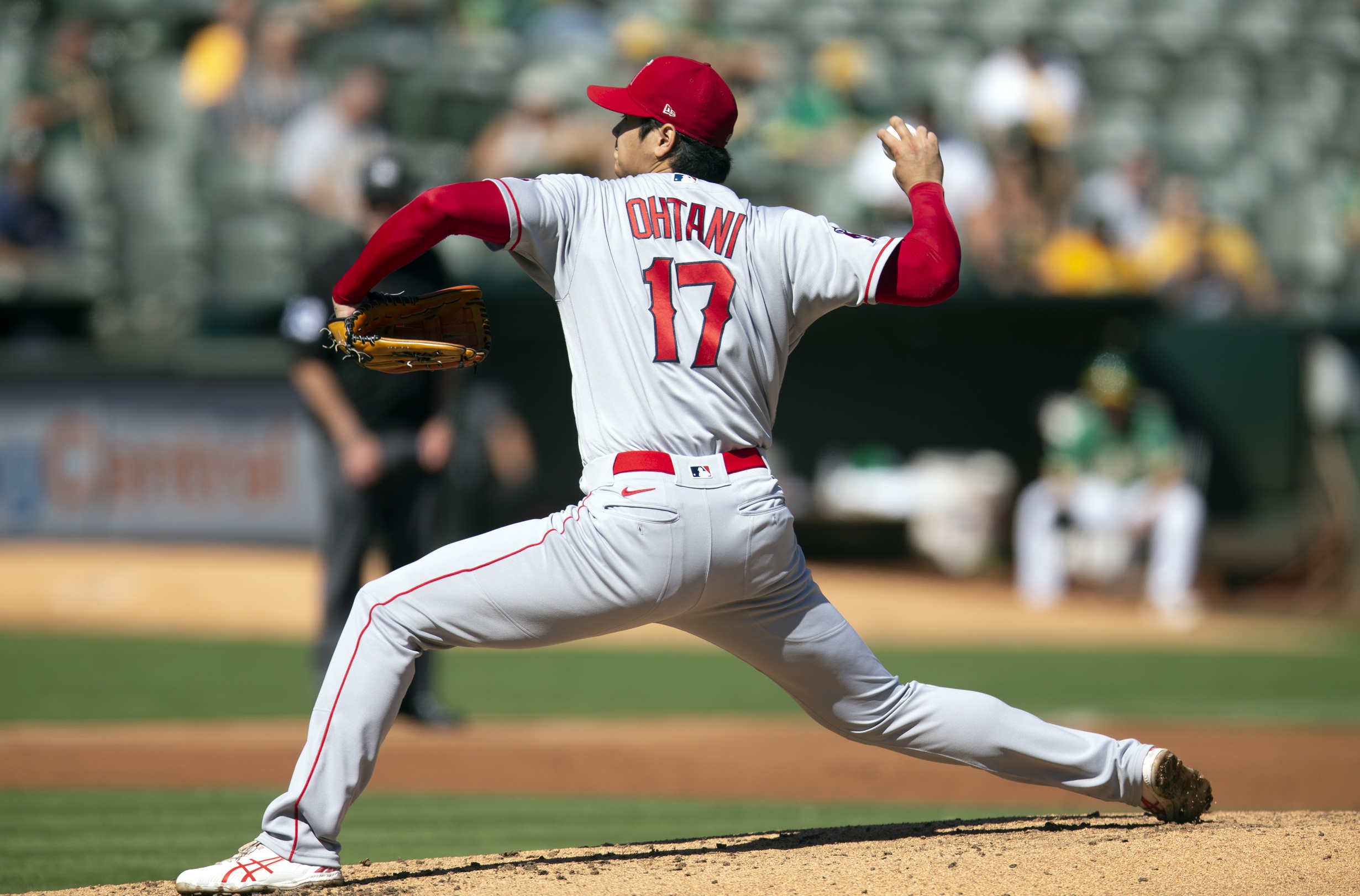 Another year, another postseason missed for this top-heavy constructed Angels roster. With the Astros as good as ever, and the Mariners threatening to be relevant for the unforseeable future, will Los Angeles finally call uncle and sell a major piece or two? With new ownership on the horizon, everything should be on the table at this point.

None, though OF Taylor Ward is an intriguing name already.

It’s been largely speculated that the 1 year, $30M salary Ohtani agreed to to bypass his final year of arbitration locks him into the Angels’ 2023 lineup. But we’re finally hearing frustration from the superhuman regarding the lack of winning during his 5 year tenure in LA. Will the two sides let 2023 play out, then let free agency handle the rest, or will Ohtani be the latest superstar heading into the final year of arbitration to be moved (Lindor, Betts, Turner). This is an extremely fluid situation.

Wallach is out of roster spots and it seems likely that Logan O'Hoppe and Max Stassi carry the load in 2023. This could just flatout be a rip it up and start over position for LAA as well. 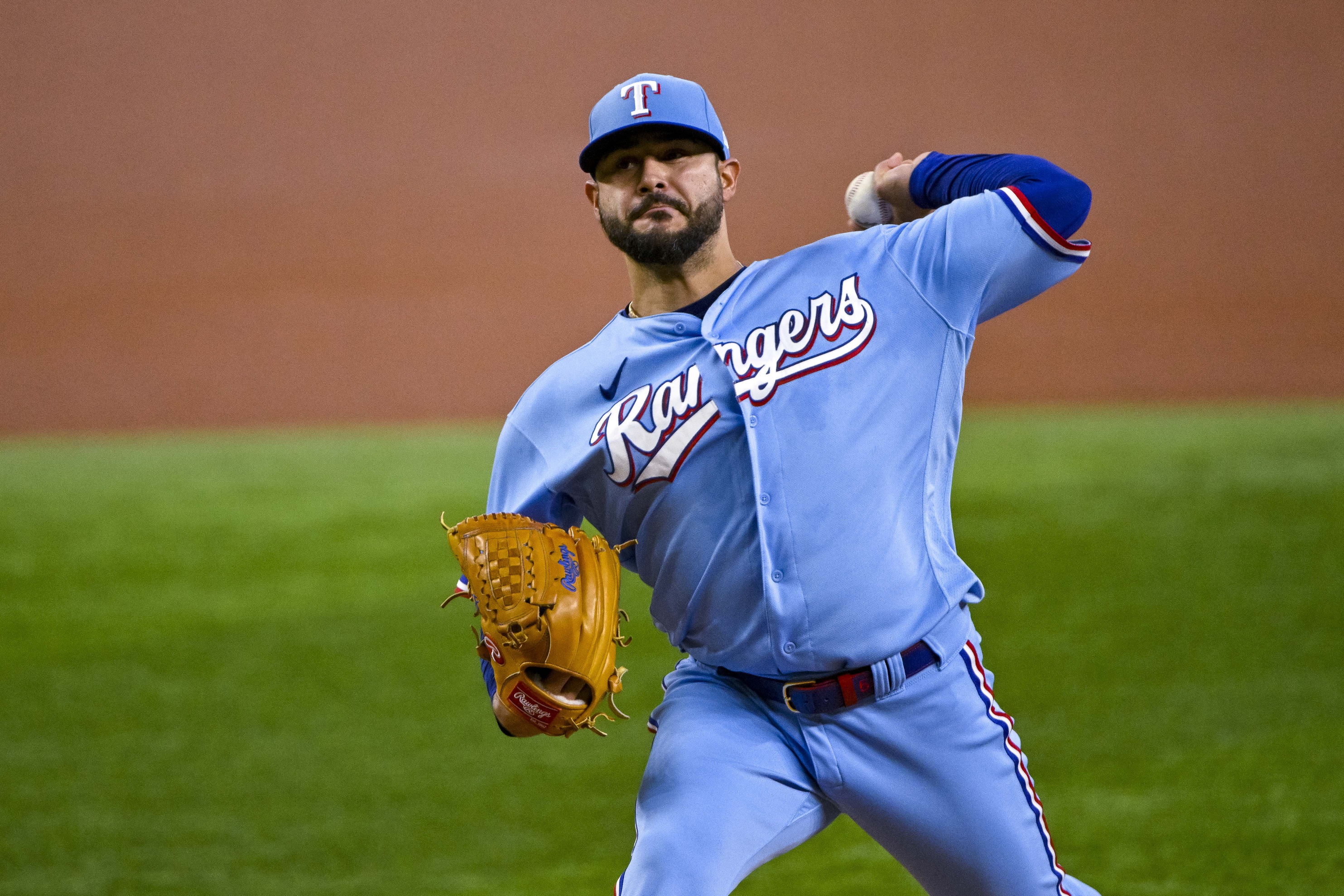 To say that a 4th place division finish for a team that handed out $600M worth of contracts last offseason is disappointing would be an understatement. With Bruce Bochy now at the helm, things are about to get serious in Texas, and the gas pedal appears to be still pressed down as we head into a winter loaded with elite - expensive - talent.

Acquired from the Cardinals back in late 2019, all Garcia has done for Texas is mash 60 doubles, 68 home runs, & 191 RBIs across 300 games. He’s a fixture in the outfield now, and his 4 years of team control put the Rangers in the driver’s seat. He’s a strong candidate for a pre-arbitration extension this offseason, or a very attractive trade asset if finding immediate MLB ready pitching is the top priority.

Taveras doesn’t offer much at the plate, though he did hit a career best .261 in 2022, but he’s a prototypical great defensive outfielder who can fly around the bases type player. Teams will be in seek of these athletes with the new rule changes going into effect, and the Rangers may be able to pull back an asset for him this winter.

The Rangers offered three left handers out of the bullpen this year, with Martin being the least utilized of the group. There’s a chance his $1.75M projected arbitration salary is tradeable, but with payroll adding up quickly in Texas, an outright non-tender is also on the table here. 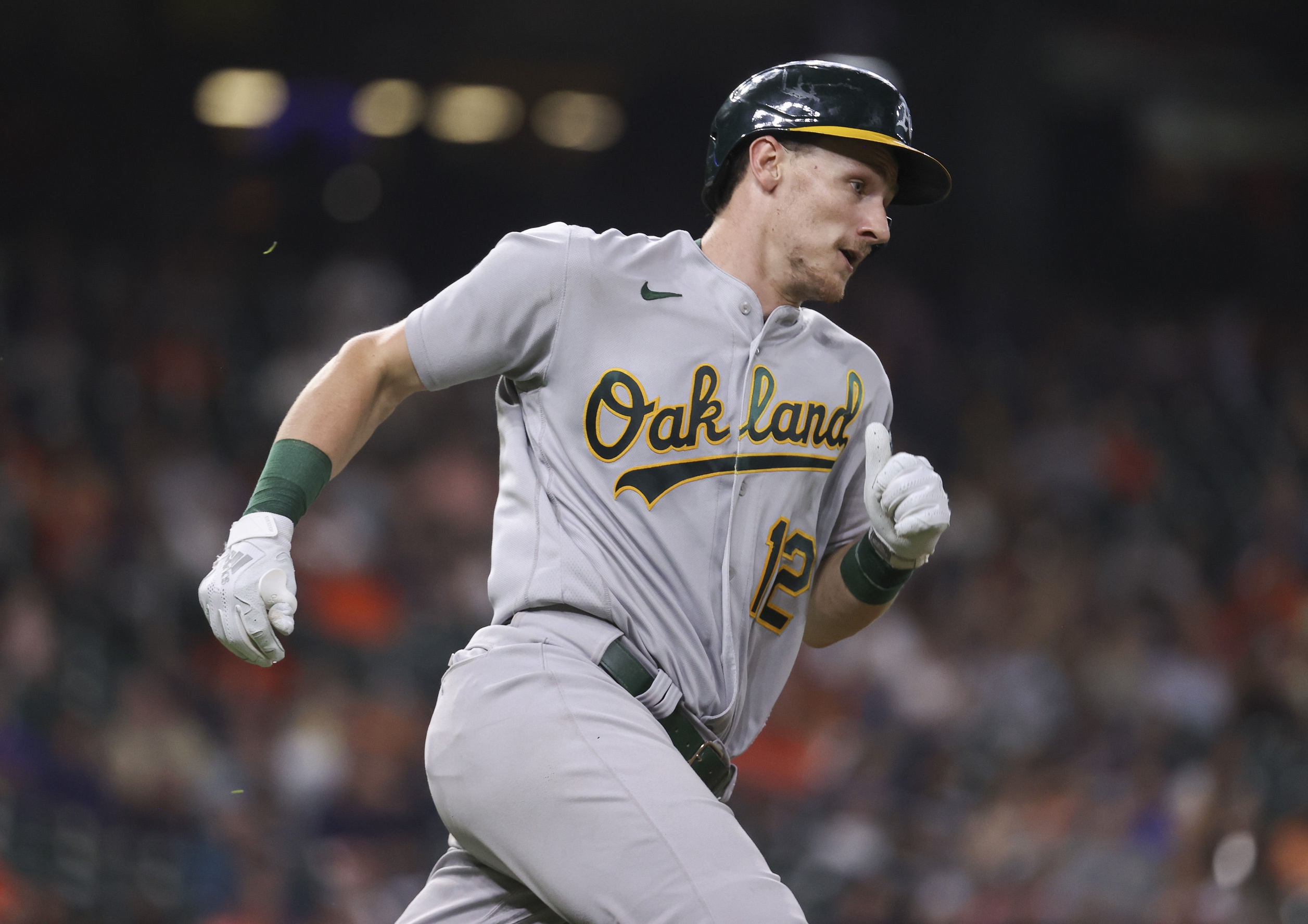 The fire sale started early, continued at the deadline, and will likely finish this winter when Sean Murphy (C) is moved elsewhere. At the time of this piece, Oakland had zero guaranteed contracts on its payroll. The current 40-man roster contains 6 arbitration eligible players, with the rest set for pre-arbitration (near minimum) salaries for 2023. It's a veritable rock bottom right now in Oakland.

None. Why ruin a good thing like zero multi-year contracts on your payroll?

Murphy’s name has been attached to trades for months now, and with seemingly every other veteran player having been moved off the roster in one way or another - Murphy is somewhat of a last man standing. A projected $3.3M arbitration salary for 2023 isn’t daunting (even for the A’s), but with two of their top prospects (Shea Langeliers , & Tyler Soderstrom) nearly ready to take the reins, pulling in a haul for Murphy this winter is just another piece to the quick rebuild puzzle. Contractually, Murphy is arbitration eligible through 2025.

Kemp actually posted one of his better overall seasons in 2022, and holds a combined WAR near 5 over the past two campaigns. His projected $3.2M salary for next year isn’t outrageous, but the A’s don’t seem to be up-paying anyone right now.