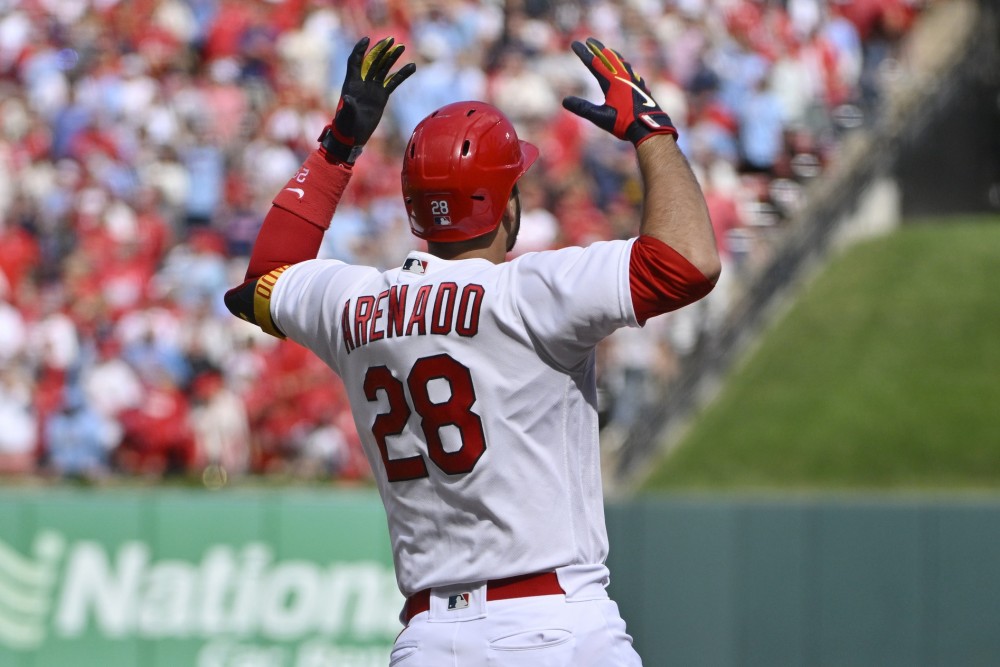 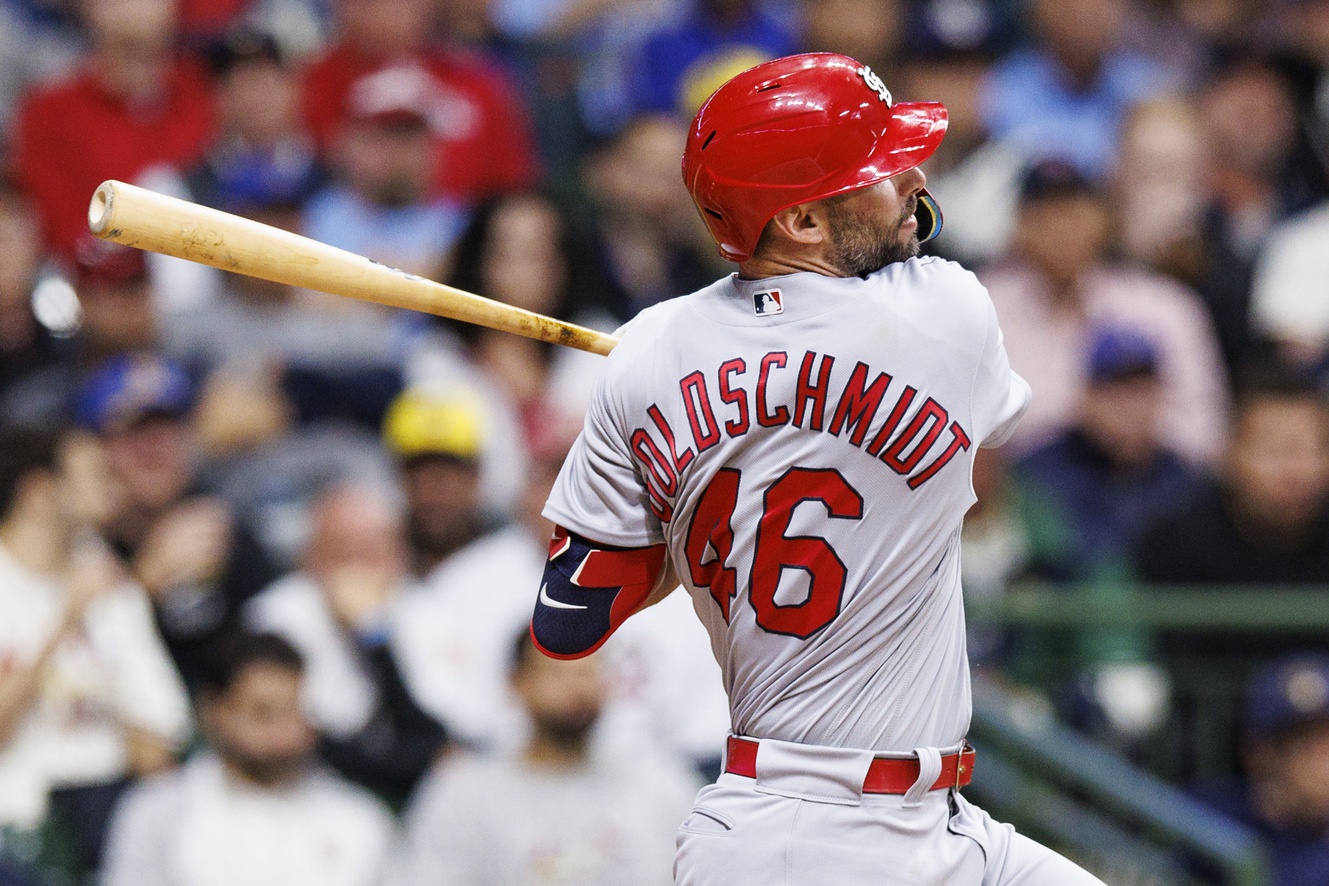 The Cardinals have been an excellent regular season team over the past decade, but have converted that into very little postseason success, including another early bounce out in 2022. Much of this roster will be retained, though a shakeup could be coming at the middle of the infield.

Mikolas posted his most productive (and healthiest) season since 2018, and enters 2023 on an expiring contract. He hasn’t lived up to his $17M per year paycheck for much of the past few seasons, but a short-term extension at a lesser price to keep him in the fold might make sense.

Edman has now posted back-to-back strong seasons, averaging 35 doubles, 12 HRs, 56 RBIs and a 5 WAR per year. He’ll begin his arbitration process this winter, projected to earn around $2.3M for 2023, but if the Cardinals have seen enough, buying out arbitration and 2-3 years of free agency seems a good play here.

Probably wishful thinking here, as DeJong carries $11M guaranteed remaining on his contract ($9M this year, + a $2M buyout for 2024). Paying this down a bit to buy a more useful asset (a catcher perhaps) seems viable.

Hudson is headed for arbitration 2, projected to earn around $3.5M in 2023, but his future is in question after an up and down 2022. He started 26 games for the Cardinals last year, but was also optioned to AAA down the stretch. If there isn’t trade value for him this winter, he’s a non-tender candidate as well.

Injuries and inconsistencies have plagued Reyes’ career. He came into the league as a starter, was given a chance to close games, and now sits somewhere in the middle, entering the final year of arbitration. He’s projected to earn the same $2.85M salary as last season, but even that seems too risky to move forward with.

He projects to earn north of $3M in his final arbitration year, but a 4.2 ERA and 1.5 WHIP likely has St. Louis thinking otherwise. 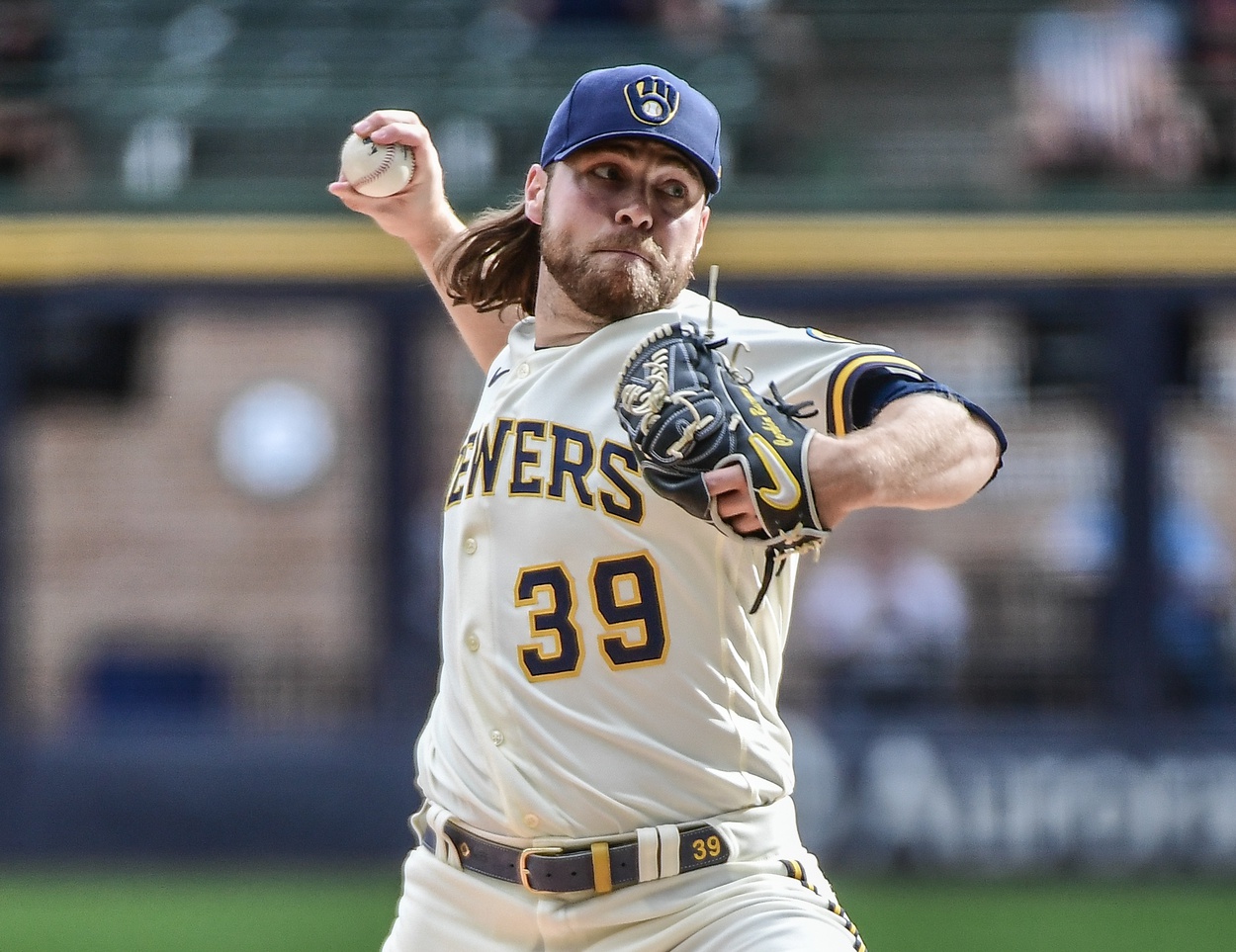 Injuries to the rotation sent the Brewers into a deep fade down the stretch, and they capped that off by trading long-time closer Josh Hader to the Padres. David Stearns, President of Baseball Operations, has since stepped down, putting the immediate future of this roster in a bit of flux - despite a pretty locked in core heading toward the winter.

Burnes has established himself as a bonafide ace in this league, posting another strong campaign (2.94 ERA, .965 WHIP, 243 Ks in 33 starts). His second trip through arbitration projects to pay him over $12M, but the Brewers should be thinking long-term here this offseason. An offer around 5 years, $120M could suffice his final two seasons of arbitration + three first free agency years.

Tellez tagged 35 homers and 89 RBIs in his first full season at the MLB level, and projects to earn north of $5M in his second arbitration season. Certainly this is quality bang for buck - but the Brewers will be looking to shed payroll anywhere possible this winter, and selling high on a player like Tellez could bring back viable assets & save a few dollars.

Suter is headed for a 4th and final trip through arbitration this winter, which projects to a $3.1M salary for the 2023 season. He found himself at the bottom of the Brewers’ bullpen in 2022, which signals he’s overpriced for his role. 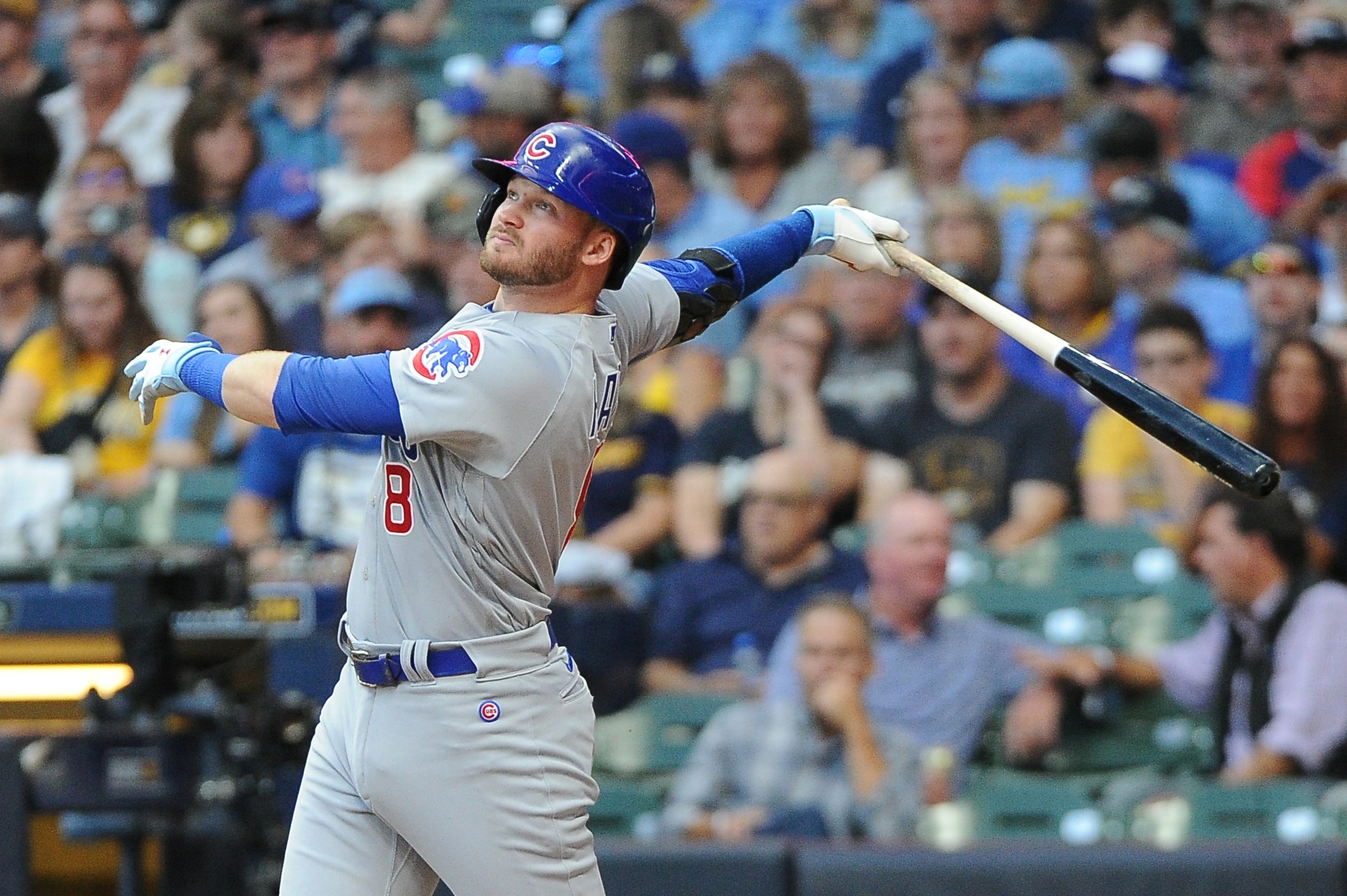 Some may be surprised to learn that the Cubs finished 3rd in the NL Central last season, after months of subtracting notable players. They're still a ways away from contention, but they certainly turned a corner in 2022, and holding on to slugger Ian Happ seems a sign that they have found a few pieces to develop a core around.

Smyly holds a $10M mutual option this winter, but it’s been reported recently that both sides are interested in something multi-year if the price is right. He posted a 3.47 ERA in 22 starts last season, which calculated to a near 2 WAR. Merrill Kelly’’s 2 years, $18M contract (+ a 3rd year club option) in Arizona seems a target for this extension.

Happ is entering his final year of team control this winter, scheduled to cash in around $11M in his 3rd trip through arbitration. The Cubs may want to keep him on this expiring status in order to keep him a strong trade candidate through July, but if they believe he’s a piece to build around going forward (and his 4.43 WAR last season agrees), then a multi-year extension should certainly be in play. 5 years, $90M seems his floor right now.

The Cubs have come out publicly with their intent to buyout the remaining 1 year, $22M on Heyward’s contract. It’ll signal the end of one of the more unsuccessful free agent blockbuster contracts in MLB history, as Heyward will have cashed in over $150M in 8 seasons.

Reyes latched on after being DFA’ed by Cleveland, and spent the rest of the season as Chicago’s primary DH. He posted average numbers & a high strikeout rate, which likely puts his $6M projected salary in question.

Brault finds himself at the bottom of the bullpen currently, and appeared in only 9 games last season. He’s not overly expensive at a projected $1.75M, but the Cubs may few him as a minimum player right now. 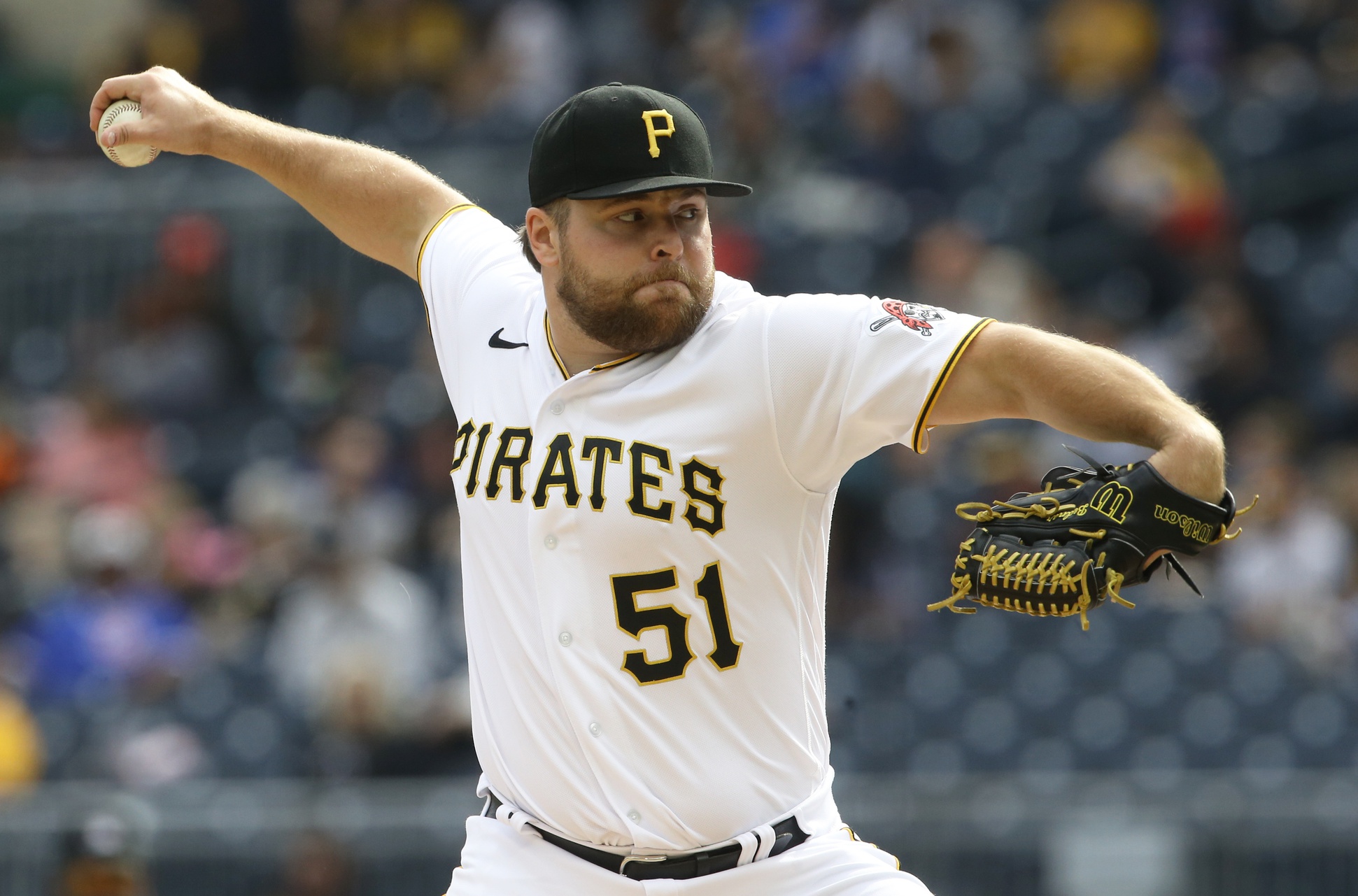 It wasn't a total disaster of a season for Pittsburgh, despite a tie for last place in the NL Central. For the first time in a few seasons, the Pirates might be seeing a light at the end of the tunnel as it pertains to young players that could be developing into a core.

None. Young SS Oneil Cruz certainly had a breakout campaign, but there are too many holes in his game to consider shelling out just yet. On the mound, Mitch Keller nearly cut his 2021 ERA in half, but he doesn't yet project to be a top of the rotation pitcher.

Bednar was rumored to be moved at the deadline, but Pittsburgh held onto him. They’ll certainly be fielding calls again this winter, but with 4 years of team control to go, they should be in no rush to accept a less than overpay offer.

Saw action in 58 games last season, posting a 5.43 ERA, 1.3 WHIP for his efforts. Much of this Pirates bullpen behind Bednar will be upgraded this or next winter.

Newman improved on what was an awful 2021, but not enough to be considered as a multi-year option for the Pirates. It’s possible there’s a lowball trade out there for this scenario, but if not, an outright non-tender seems to be the way to go. 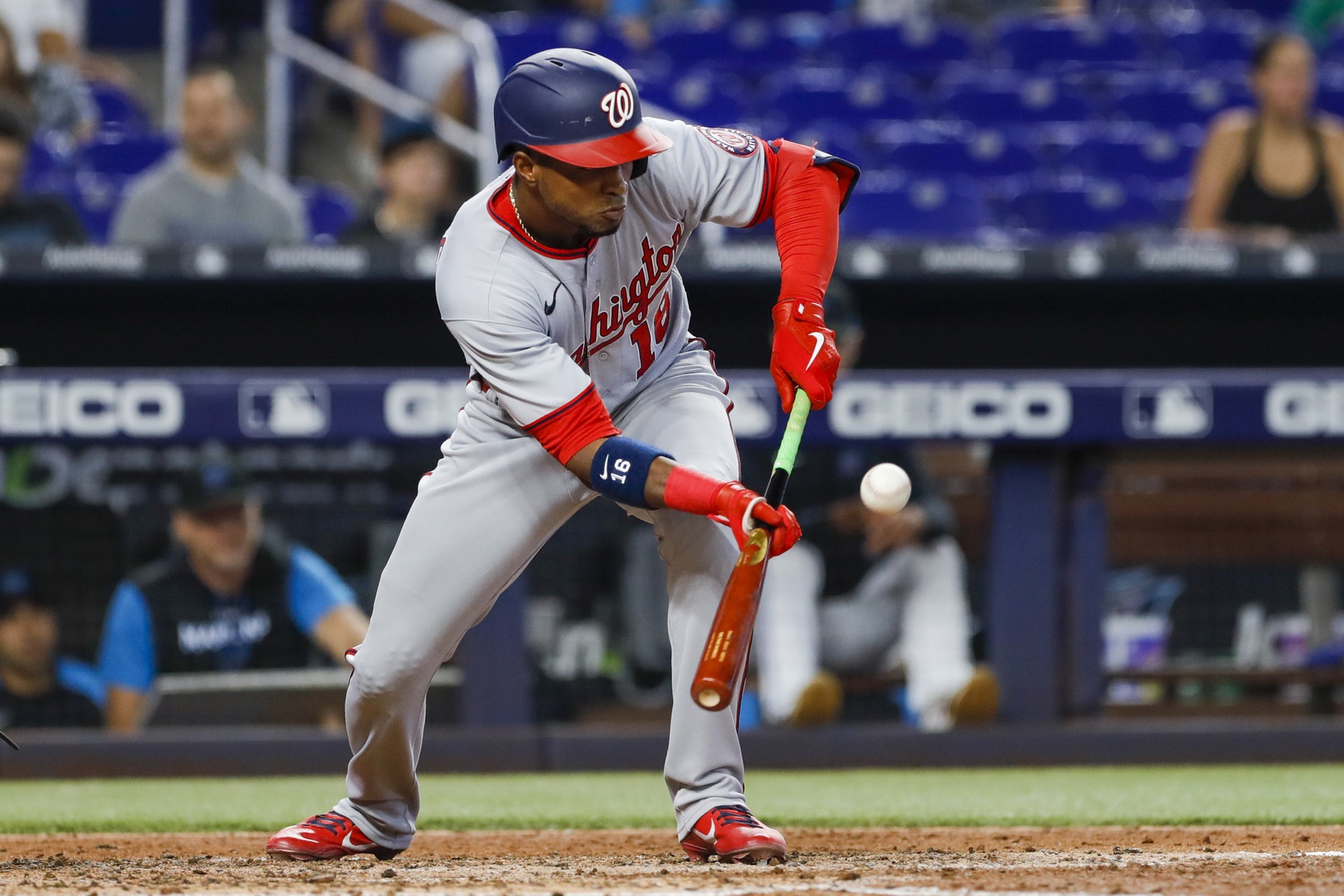 The Reds bottomed out in 2022 both from a roster & a winning standpoint. The cupboards are still pretty bare heading into the winter months, though a few young arms (Lodolo/Green) could quickly turn things in their favor. Will they spend to bulk up the lineup though?

None. This isn’t an organization ready to solidify anyone as their “next core”, though starting pitchers Nick Lodolo, Hunter Greene, & Graham Ashcraft could be part of that group this time next year. Reliever Alexis Diaz (Edwin’s brother) led the team in WAR, and has a good chance of holding down the 9th inning role in 2023.

It just hasn’t clicked. Senzel posted his worst campaign to date, finishing 2022 with a -1.25 WAR in Cincy. The one bright spot here is that there appear to be plenty of teams in need of a 3B next season, with a free agent/trade market that remains thin, to say the least. Will an organization try to convince themselves they can be a “fixer”? Senzel is arbitration eligible through 2025, including a projected $2M salary this season.

The salary isn’t daunting, but three straight seasons with an average below .200 is. The Reds need to shake things up in the lineup, and little moves like this can go a long way in turning things around.

Farmer finished 2022 at the bottom of the Cincy bullpen, and enters a fourth and final time through arbitration this winter. He posted a sub-4 ERA in 2022, but a change of scenery probably does both well here. He’s an outside trade candidate as well (especially in July).