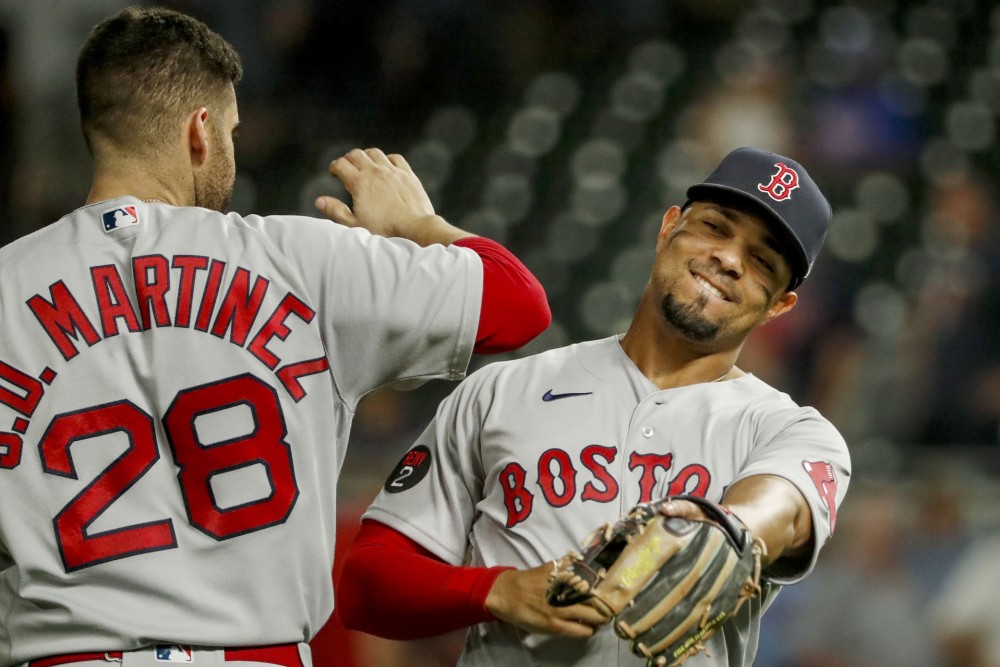 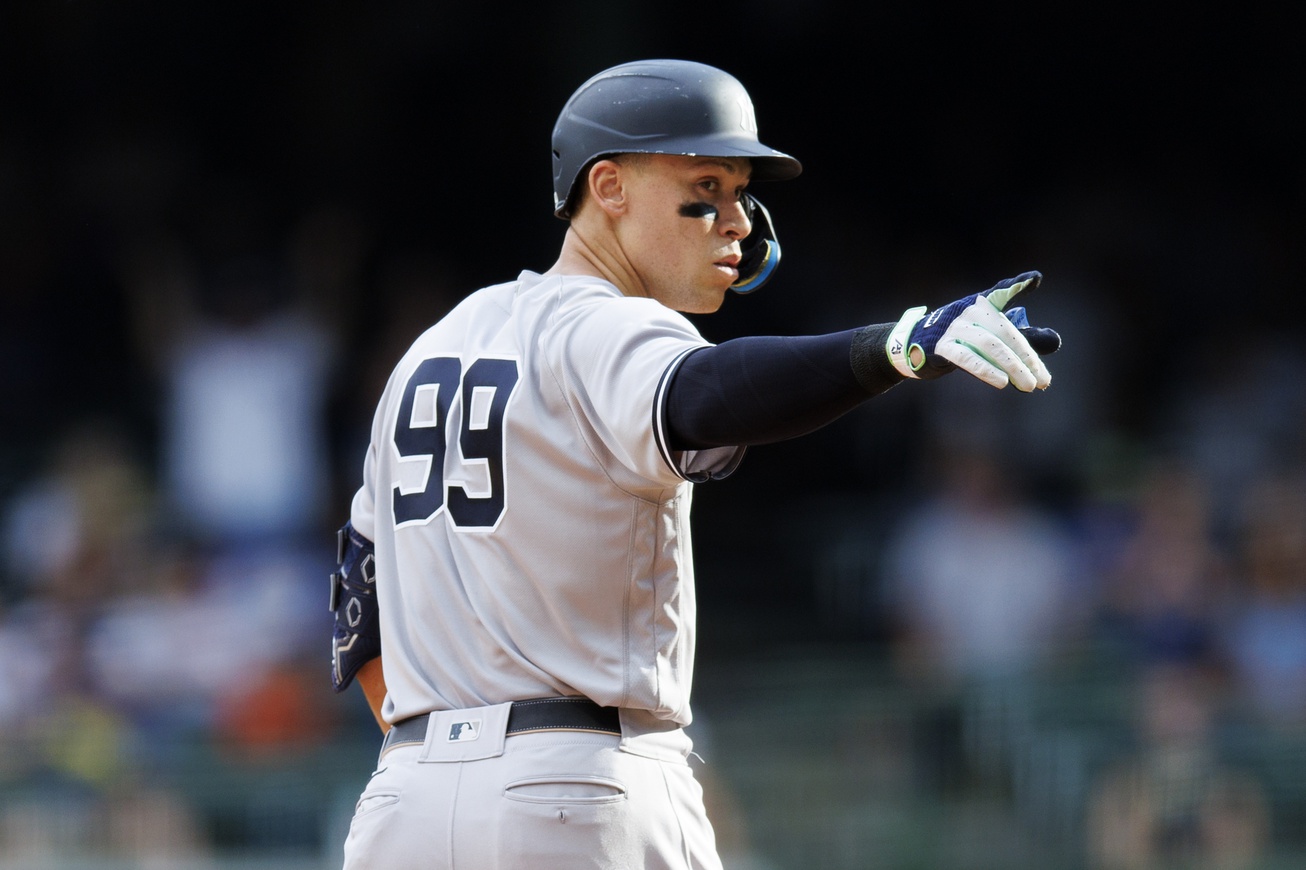 The Yankees won 99 regular season games, and finished with a +240 run differential to win the AL East by 7 games. An ALCS sweep loss to the Astros leaves the fanbase with a sour taste in their mouths, but there's plenty of reason to think this NY team can sustain their winning ways again in 2023 - assuming Aaron Judge remains in the fold.

The Yankees (publicly) offered Judge a 7 year, $213.5M extension prior to the start of the 2022 season. He responded with a thanks but no thanks, 62 home runs, 131 RBIs, and a looming AL MVP award. He now projects mathematically to an 8 year, $303M extension in our system - though many speculate that $50M a year isn't outlandish this winter.

Rizzo quietly posted 21 2Bs, 32 HRs, & 75 RBIs in his first full season at the Bronx, and while his age isn’t going to be in his favor from here out, hitting in Yankee Stadium should be. He’s sitting on a $16M player option, but working with Brian Cashman to convert that into a multi-year guarantee seems to make sense for both sides. Will 3 years, $45M get it done?

Kiner-Falefa’s stock really dropped through the postseason, where the bat went ice cold, and errors begin to pile up defensively. His $6M projected arbitration salary isn’t too much to tolerate, but if the Yankees plan is to promote Anthony Volpe early in 2023, then bringing in a more experienced (and likely cheaper) veteran presence to handcuff him with makes more sense. 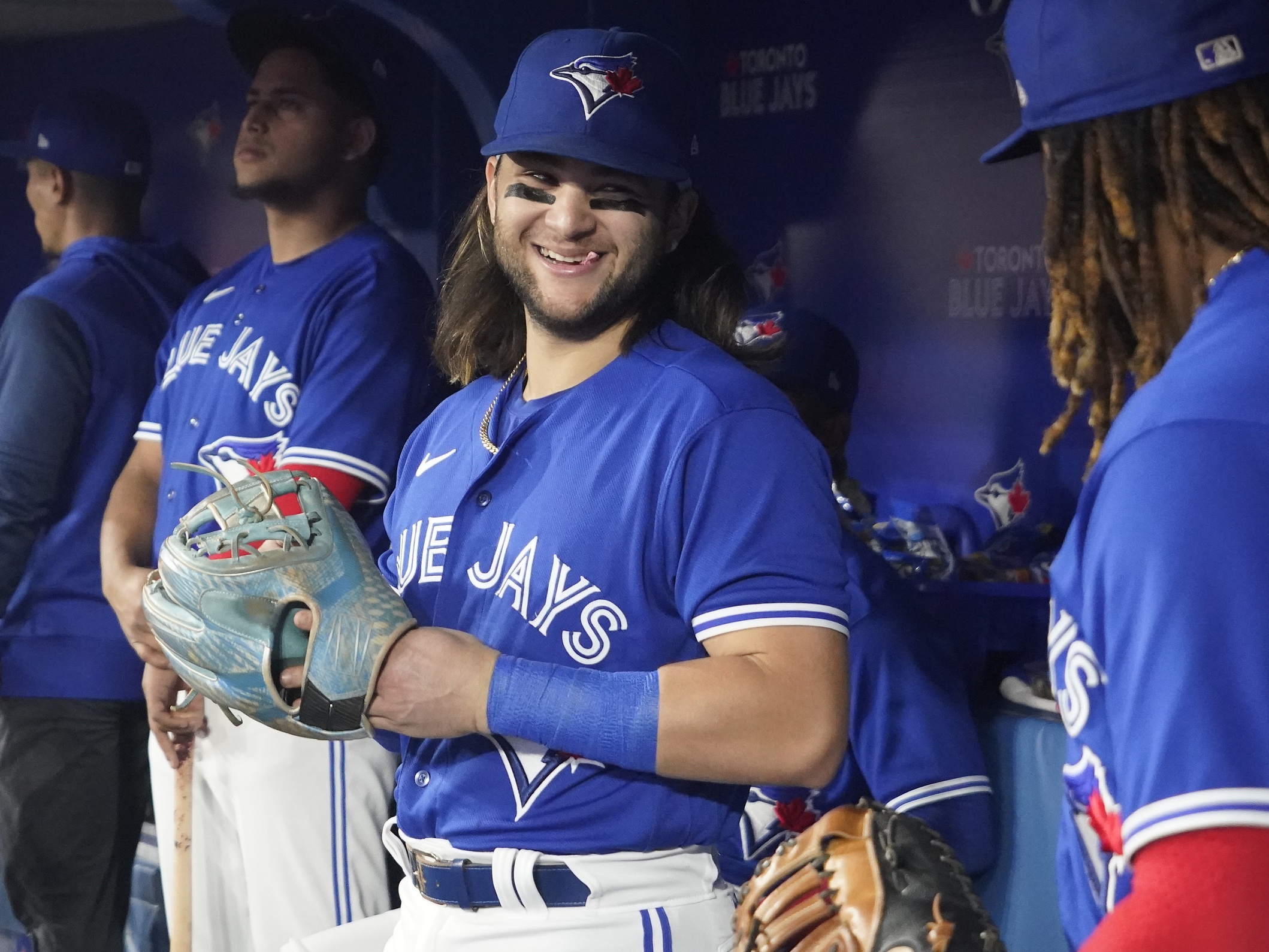 The Blue Jays turned a slow start into 92 wins this past season, good enough for 2nd place in the AL East and a Wild Card berth. It'll likely be a little bit of everything for this team over the next few months, including internal extensions, a trade or two, & a non-tender or two as well.

Over the past two seasons Bichette is averaging 36 2Bs, 26 HRs, 97 RBIs, & a .295 average as the starting shortstop for the Blue Jays. Money has exploded at this position (and will continue to this winter), but more and more franchises are letting these types of players get to free agency and explore opportunities. But if the plan is to keep him in the fold, there’s an 8 year $208M valuation on him right now in our system.

Striking early has become the latest trend, and the Blue Jays have an arm here that appears to be worth considering in this regard. The 24 year old posted a 2.24 ERA, .992 WHIP, & 180 strikeouts in 31 2022 stars for Toronto. He values toward a 7 year, $107M extension in our system which would buy out the rest of his team control, + 2 years of free agency.

It was a solid first full season at the MLB level for Kirk (14 HRs, 63 RBIs, .787 OPS), but the Blue Jays have a comedy of riches at this position right now. If they feel a Gabriel Moreno/Danny Jansen combo can carry them for the next few seasons (and then some in Moreno’s case), stealing value for Kirk in a deal this winter is the right play. Kirk has 4 years of team control remaining through 2026.

It just hasn’t clicked for Biggio like it has for many of the other young prospects to come up for the Blue Jays of late. He posted career lows in many areas this past season, with 30 more strikeouts than hits in 2022. He projects to a $2.7M salary for his second turn through arbitration, so it’s not a break the bank situation, but if Toronto can’t find a trade partner (unlikely), a non-tender seems possible.

Zimmer was brought in to play a little defense and steal a few bases. He did a little of that, and not much more - putting his $1.5M projected arbitration salary in jeopardy this winter. 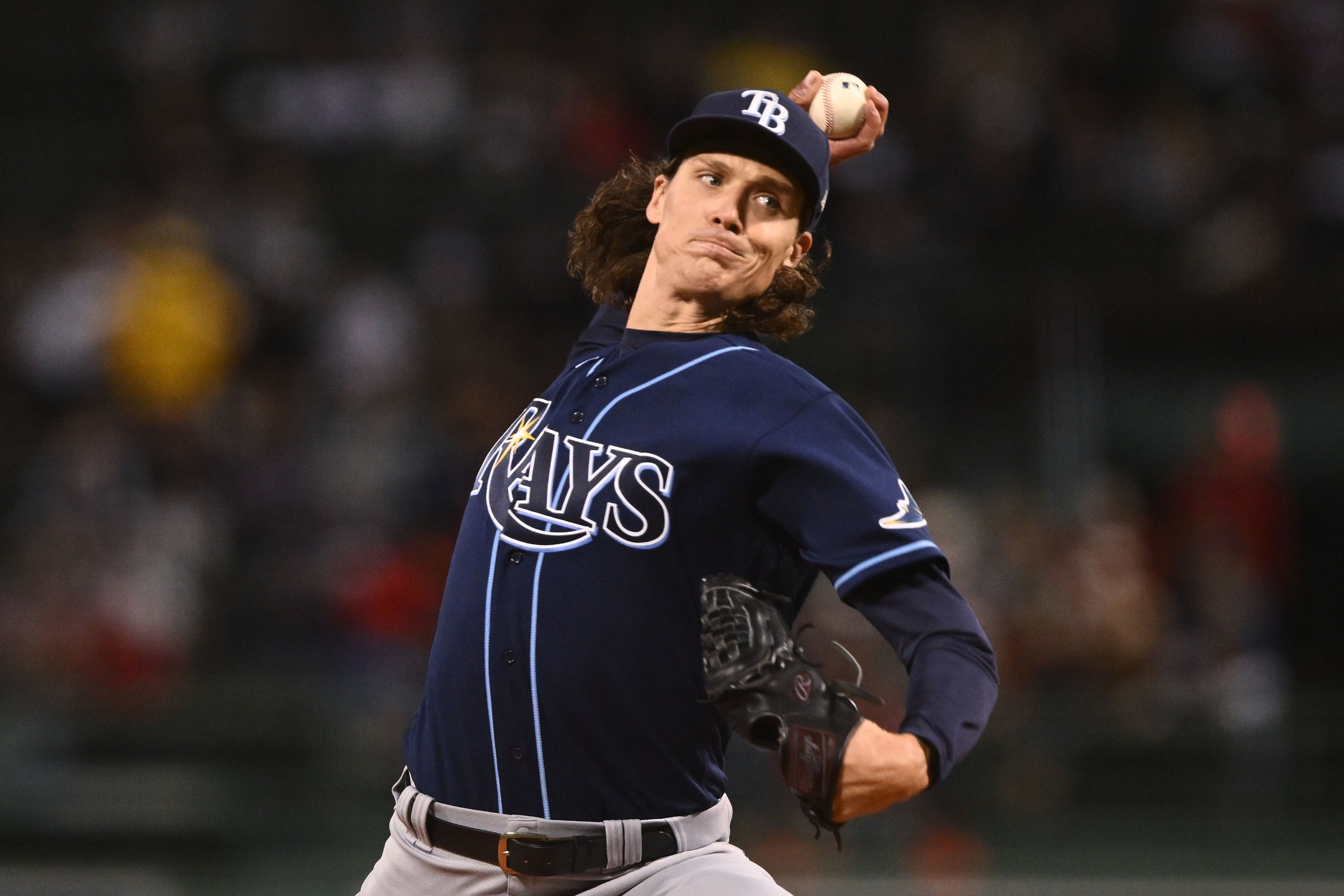 The Rays posted 86 wins, finishing 10 games over .500 to secure a Wild Card berth in the 2022 Postseason. With injuries to notable players headlining their season, a playoff run has to be considered a success story heading into the winter. They'll get a little bit healthier, a little more experienced, and maybe even spend a little more payroll this year to try to stick in AL East contention for 2023.

McClanahan finished the 2022 season with 194 strikeouts versus 38 walks in 166 innings, including a 2.54 ERA and .969 WHIP. He’s a legitime SP1 in this league, but playing for a team that has never paid a player true SP1 money. With 5 years of control left (1 year of pre-arbitration plus 4 arbitration years through 2027), this extension would be about paying him more than his controlled years should carry, but much less than a bonafide veteran pitcher is making elsewhere. Mathematically, this says 6 years, $97M in our system - or slightly above the $15M per year mark Tyler Glasnow just scored.

Arozarena is scheduled for his first of four trips through arbitration this winter, currently projected to earn around $3.8M for his efforts next season. He didn’t quite match the 4.09 WAR 2021 campaign he posted this past season, but a 20 HR, 89 RBI finish is certainly notable. Will the Rays strike high and try to pull one of their classic 1 for 3 moves, further shoring up their depth and sustainability as a contender?

Choi’s power numbers fell off of a truck this past season. With a projected $4.6M salary forthcoming in arbitration this winter, it seems inevitable that Choi is set for new scenery next season. 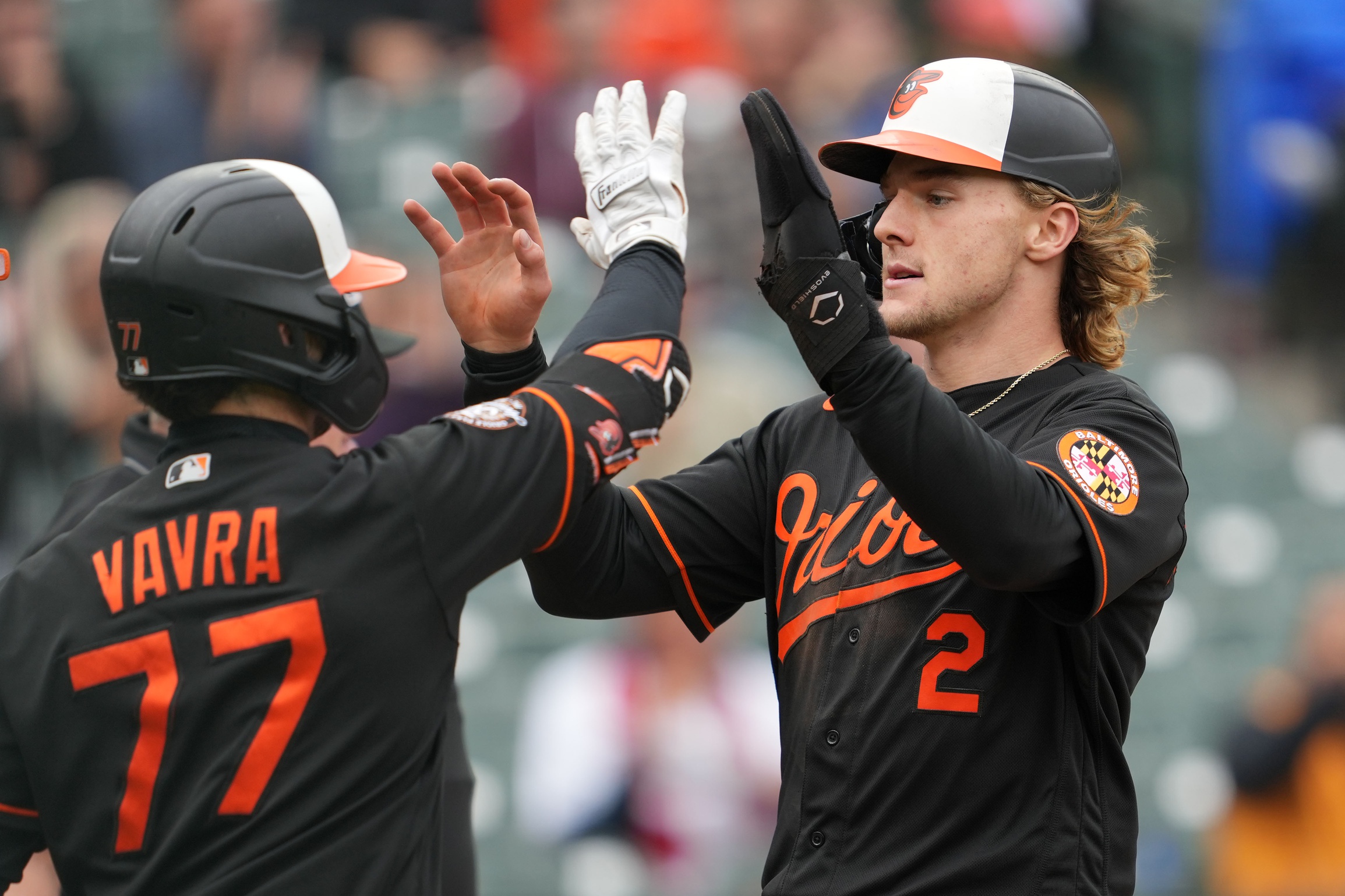 One of the bigger surprises in MLB last season, the Orioles posted 83 wins, good enough for 4th place in the AL East ahead of the Red Sox. Is this the winter they push their chips into the middle and try to swing with the big boys? We might still be a year away from that, but a trade or two and a free agent signing or two certainly seem on the table here.

It didn’t long for this pick to look like a winner for the Orioles. Rutschman seems every bit the part on both sides of the ball, finishing 2022 with 13 Hrs, 42 RBIs and an .807 OPS in 100 games. Baltimore’s not known for early (or late) extensions, but this one seems safer than most opportunities that come through Camden Yards. Salvador Perez did an $8.5M per year extension with the Royals at age 26 back in 2016. If we adjust for the current tax threshold, that means about $10.5M per year today.

After an out of body experience in 2021, Mullins fell back down to earth a bit for the 2022 season, finishing with 16 HRs, 64 RBIs, and a near 4 WAR for his efforts. It’s a great time for Baltimore to get ahead of the game here, and start to define a 4-5 player core for what could be a legitimate division contention window. He projects to a 5 year, $75M extension in our system, but with three years of arbitration control still available, this likely starts at around $60M, with incentives to cash out more.

This one doesn’t seem likely, but even if the Orioles start to smell like a big market team with a few splash moves this offseason, they’ll still need to consider their bottom line at all times. Santander projects to a $7.4M salary in his 3rd of 4 arbitration years, and if the plan is to keep Mullins & Austin Hays on a more long-term basis, then flipping Santander on a high note and replacing him with a less expensive prospect is probably the right business move.

There’s another catcher on the roster who’s likely to be making a lot more than $1M soon (if not very soon). The plan for Baltimore should be Rutschman plus a cost-controlled veteran to platoon with him from here out. 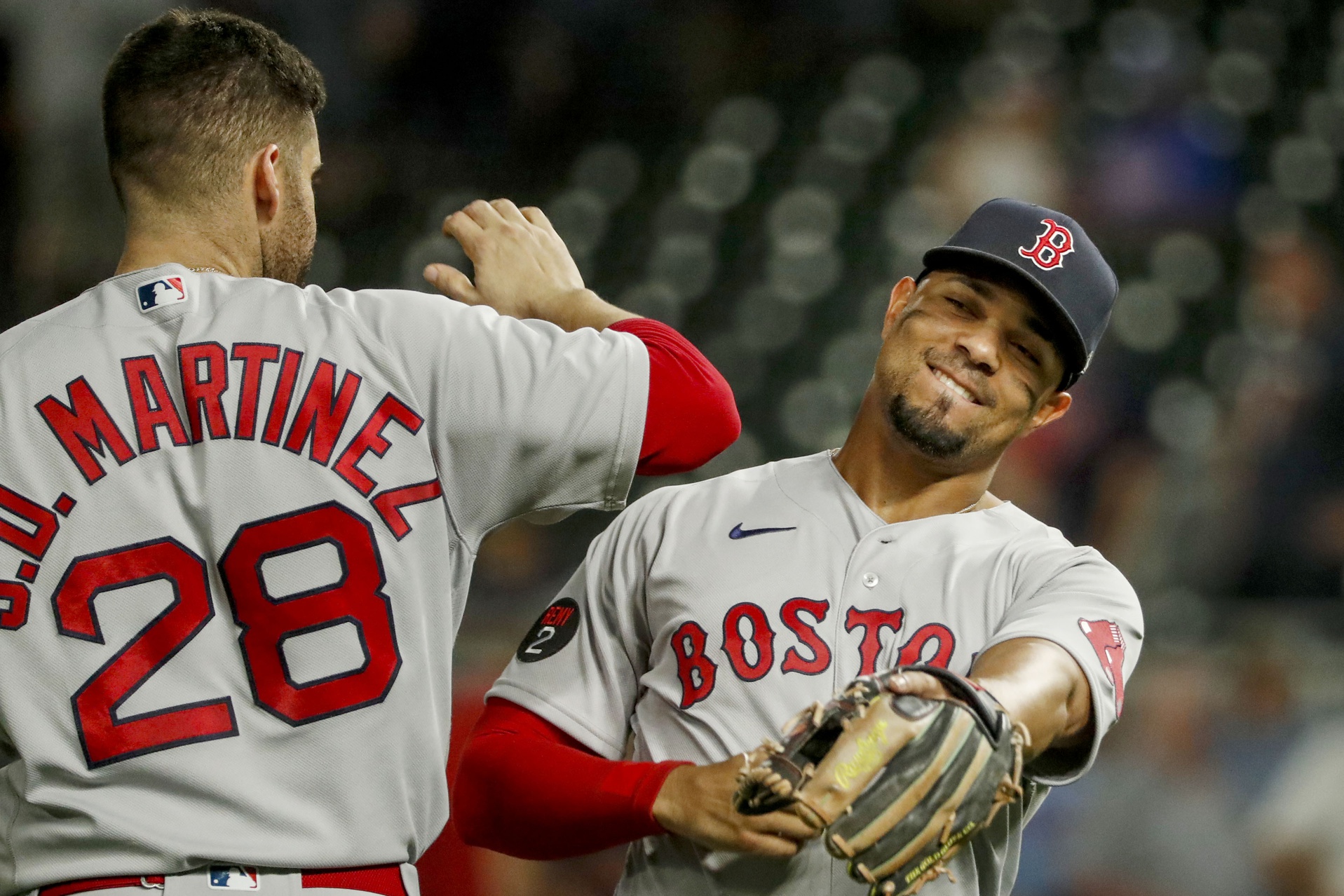 Easily one of the more disappointing teams to come out of the 2022 MLB season, Boston finished an AL East worst 78-84, despite a fairly watchable late season surge. They enter the winter months with far more questions than answers.

Devers remains one of the most underrated stars in MLB, despite 4 straight seasons of above average production. He posted a 4.57 WAR in 2022, and is headed for his final run through arbitration this winter. The last time Boston had a star player heading into his last arbitration, he was rewarded $27M then traded to the Dodgers a month later. Devers projects to a $17.5M salary in arbitration 3, but the Dodgers very much need a third baseman. If we’re talking long-term extension here (and we should be), it’s a 12 year, $350M evaluation in our system currently.

Bogaerts is largely expected to opt-out of the remaining 3 years, $60M lefton his current contract, putting him inline to join Carlos Correa, Trea Turner, & Dansby Swanson on the open SS market. Boston’s recent offer was basically a 1 year, $30M tack-on - so it’s safe to say things aren’t going well currently. Make that 6 years at $30M in each of them, and we’re probably at a much better place.

Much like Cordero’s loose foothold on the roster, Dalbec should be considered on the outside looking in now that Eric Hosmer is on board, and Triston Casas is up to stay. Boston will be selling relatively low here, but an asset with a chance to play is better than one sitting 4th on the depth chart. Financially speaking Dalbec carries 4 years of team control with him.

Cordero hasn’t posted a positive WAR rating since 2019 and is averaging around .200 at the plate over the past 3 seasons. With Eric Hosmer and youngster Triston Casas now in the fold next year, he’s a safe bet to be pushed off the 40-man here shortly.