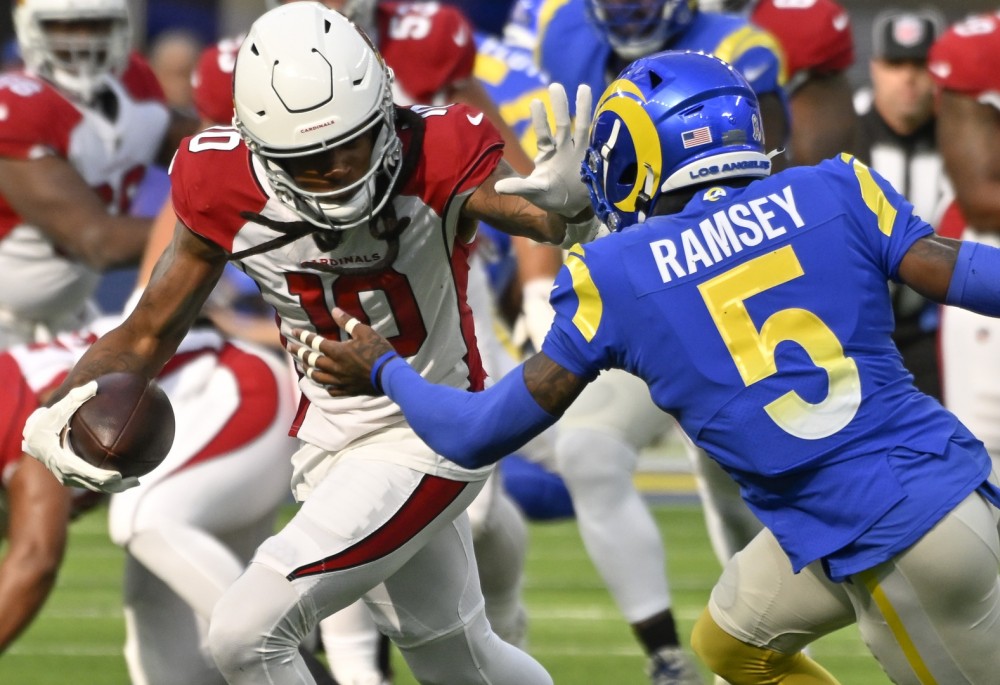 It appears C Rodney Hudson is retiring, and WR DeAndre Hopkins is on the trade block. With a new coaching staff and GM on the way, it appears Arizona is set on loading up draft capital and trying to rebuild this thing on the fly as quickly as possible (while paying their QB1 $48M per year).

Robbie Anderson (WR, 30)
Hopkins on the trade block might make the Cardinals think twice here, but with $12M to be saved, it seems very likely they get out of this contract regardless.

The most important question for the Rams this offseason pertains to the coach: Will he be back? If the answer is no, look for a domino effect of change. If yes, 2023 might simply be about getting healthy, and spending $100M on a new offensive line.

Matt Gay (K, 28)
Yep, we’re talking kickers here. The offense sputtered this season, and with Stafford’s health still in question, the Rams might as well keep a reliable kicker around for scoring purposes. Top 10 kicker pay ranges from $4.1M - $6M per year.

Sean McVay (HC, 36)
Until we know, we know nothing about this team’s offseason.

This is a loaded, dynamic roster that has proven for back to back to back years now that it can plug and play an able bodied QB into it and be successful. And yet, the QB1 position is still the biggest question mark heading into 2023.

Arik Armstead (DE, 30)
Still a fine player, and the dead cap doesn’t offer a ton of wiggle room, but his $24.3M cap hit is a lot to ask for a top contending team. A Post 6/1 release designation offers $16.7M of cap savings to SF next season.

Life without Russ ain’t half bad. Don’t let the cap space fool you, as the Seahawks don’t have a QB1 under contract for 2023 as of yet, and a franchise tag for Geno Smith would eat up about 75% of that $47M figure. This will be an attractive landing spot for free agents this spring, and Seattle will be hunting (and drafting) for pass rushers.

Uchenna Nwosu (LB, 27)
Posted a career year across the board and has the makings for a long career in Seattle. His cap hit jumps from $6.3M to $12.7M next season, so a multi-year extension can work for both parties here.

Geno Smith (QB, 32)
This Cinderella story will continue for at least 1 more season. Will it be a $30M+ franchise tag, or a short term extension? If it’s the latter, mathematically speaking, Geno Smith just played himself a $40M season. Will he garner that on the open market? Not likely. But, like Daniel Jones, something at or above $30M wouldn’t surprise us.

Noah Fant (TE, 26)
Acquired in the Russell Wilson trade, Fant slipped down the depth chart as the year went along. His $6.85M 5th-year option salary for 2023 is already fully guaranteed, so this is a trade scenario only.