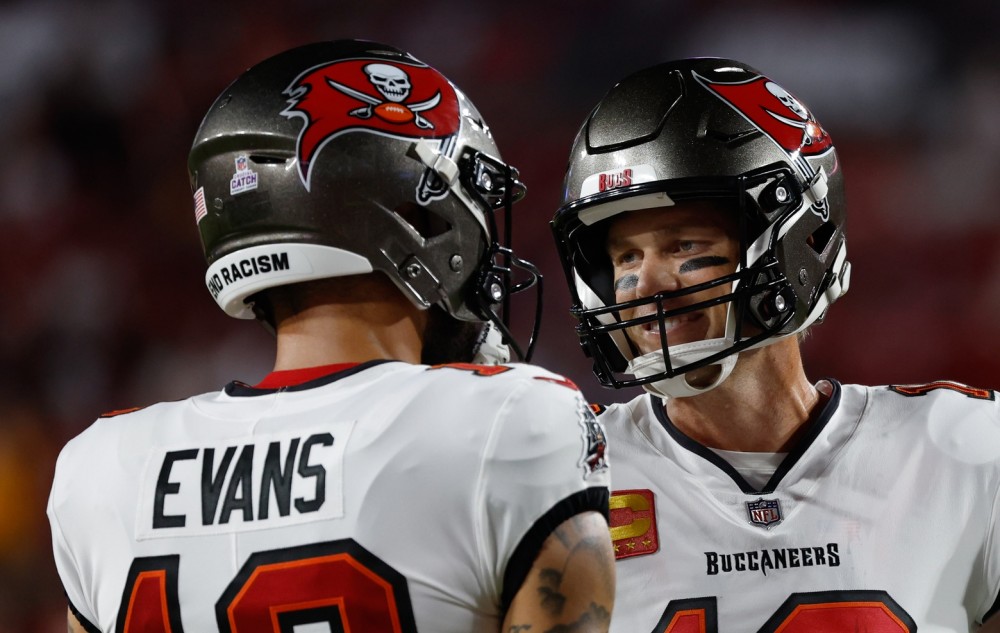 Atlanta held their own longer than most anticipated, but lacked depth defensively and faced a few notable injuries on the offensive side of the ball down the stretch. Will Desmond Ridder be given another full season to win the QB1 gig, or is this offseason and the #8 pick about upgrading the position?

Chris Lindstrom (G, 26)
The top rated guard in all of football according to PFF heads toward a contract year, with a fully guaranteed $13.2M option salary in tow. He’s a $20.5M player in our system right now.

With a young QB likely taking over the reins full time, the Falcons should be thinking long-term with an offensive lineman who can produce. Hennessy, Lindstrom, and free agent RT Kaleb McGary could all see massive contracts to be that brick wall in front of Atlanta’s next QB for the foreseeable future.

Mariota held the fort down for a minute, but faced injury and a weakened roster down the stretch. His cap hit jumps from $4.25M to $14.5M, and if he’s no longer the QB1, Atlanta will certainly opt for the $12M to be saved here.

Cordarrelle Patterson (RB, 31)
He’ll be 32 come the start of the 2023 season, but he still holds value within this offense. Tyler Allgeier has deservedly taken a number of his attempts away from him, but there’s at least a change the Falcons take on the $4.25M to be saved with a Post 6/1 trade/release.

The Falcons being directly in front of the Panthers in this draft poses a problem, but owner David Tepper hasn’t been shying about throwing money and assets around haphazardly to get what he wants. Restructures for DJ Moore, Taylor Moton, & Shaq Thompson will free up significant cap space for use this March.

If the Panthers don’t find a solution to their lackluster offense, trading Burns for a boatload of picks could be a way for them to rebuild things on the fly. They chose not to do that at the deadline, so he’s a bonafide extension candidate heading into 2023. Statistically though, Burns has been a bit of a one-trick pony, posting outstanding sack numbers, but falling in quite a bit lower in areas of tackles, hurries, assists, etc…This tempers his mathematical calculation near $18M, though Maxx Crosby’s $23.5M has to be an early target.

Enters a contract year in 2023, set to earn $13.1M but with a $24.4M cap figure. He’s done enough to warrant another contract in Carolina, and doing so will put a little extra coin in his pocket, and drop that cap number significantly.

Derrick Brown (DT, 25)
The former #7 overall pick isn’t filling up the stat board, but he’s become a roadblock in the center of this Panthers’ defense. He became extension eligible for the first time this offseason, and D.J. Reader’s $13.25M deal in Cincinnati seems a likely target.

Damien Wilson (LB, 29)
The Panthers actually have a bit of a surplus at the linebacker position, so picking up an extra $3.6M of cap space here makes sense.

This time last year they were $100M in the hole, so consider this a healthy offseason for New Orleans. On paper, this looks like a roster set for MAJOR overhaul in the coming months.

Carl Granderson (DE, 26)
Filled in admirably for Marcus Davenport, and is set to earn $4M in 2023 ($4.1M cap hit). A long-term deal for Granderson wouldn’t even approach what Davenport is set to demand on the open market.

Michael Thomas (WR, 29)
The Saints already restructured his deal to prime it for release, handing him a near $1M signing bonus for his troubles. New Orleans will carry his contract until June 2nd, then free up $2.1M of cap with a release.

This roster can look as bad as it can good at times, as witnessed across a wild 18 weeks in 2022. Their options going forward deserve an article of its own (coming soon), but for now let’s just say there’s major cap issues, and no current QB1.

Tristan Wirfs (RT, 24)
The Buccaneers ebb and flow this season mirrored Wirfs’ time on the field. That usually translates to a pretty easy negotiation for an agent. When we calculate his production against the Top 4 highest average paid Right Tackles in football, our math spits out a $24.7M per year contract. That would make Wirfs that highest paid offensive lineman in history by $1.5M. Obviously that seems a little aggressive, but surpassing Ryan Ramczyk’s $19.2M seems a foregone conclusion.

Devin White (LB, 24)
White’s $11.7M 5th-year option salary for 2023 is already fully guaranteed, but the Bucs have to at least attempt to move off of this contract. Including a draft pick or retaining some of the salary (or both) might be the best path forward here.

Cameron Brate (TE, 32)
Brate enters a contract year, set to earn a reasonable $4M ($4.9M cap hit). There’s only $2M to be saved here with an early release, but Tampa needs every dollar they can get now.