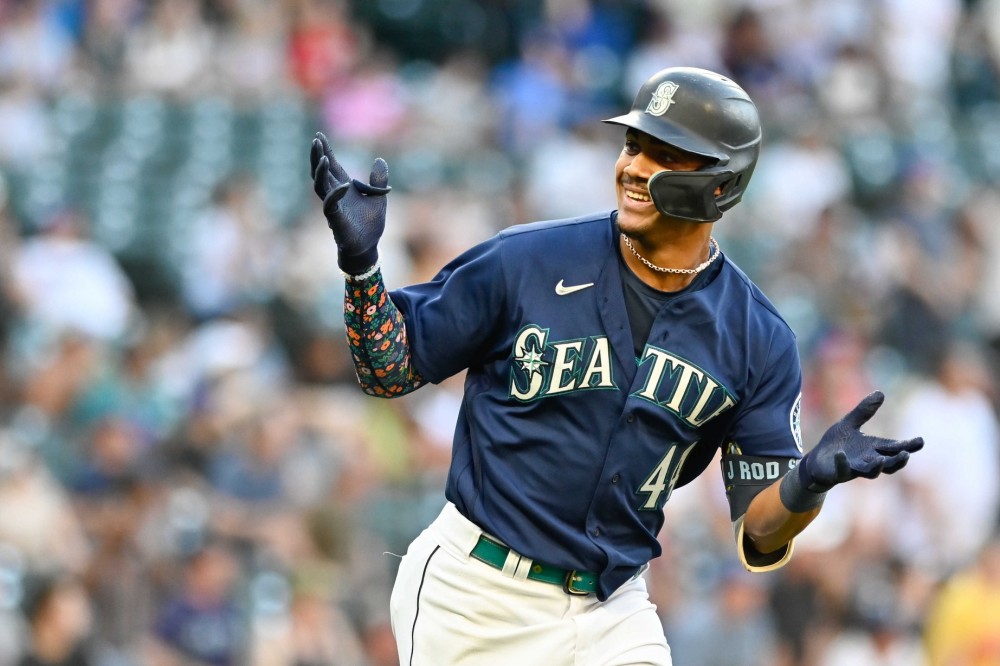 Julio Rodriguez expectedly became the latest young MLB star to cash in on a massive contract extension, locking down a (very complicated) deal with the Seattle Mariners. The deal has so many layers, we’re not even exactly sure how to label it in terms of length or total value, but we’ll try to do just that here. 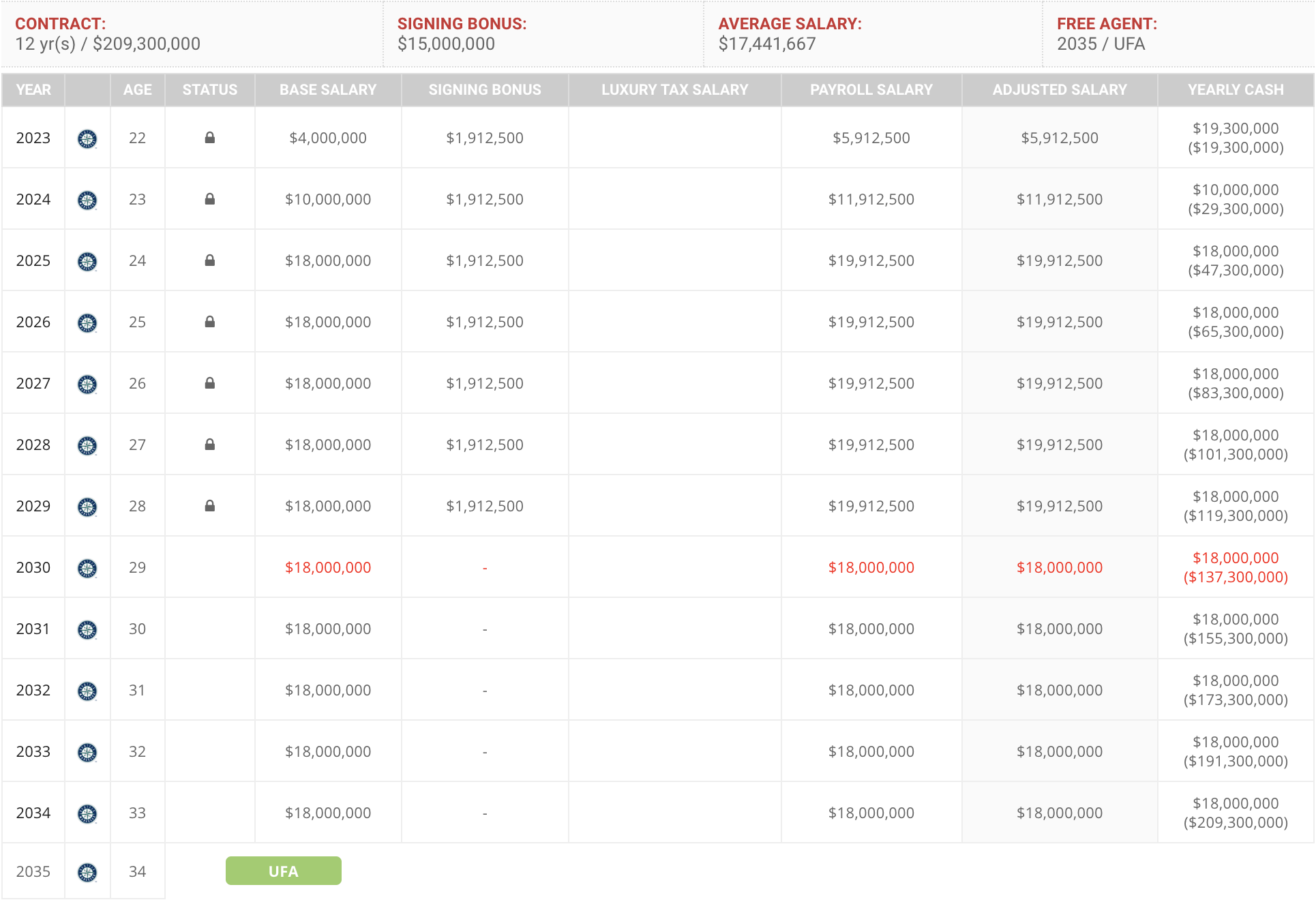 The Base Value Guarantee

Rodriguez nabs a $15.3M signing bonus, due to be paid completely in the next 2 months. His $700,000 base salary for 2022 remains unchanged, as this extension doesn’t financially kick in until the 2023 season.

Rodriguez was lining up for arbitration years in 2025-2027, which will now pay out $54M. For reference, Aaron Judge is finishing off three years of arbitration that paid him $37.6M.

Here’s where things get wild. At the end of the 2028 season, the team involved (presumably still the Mariners) will need to decide on how the 2nd chapter of this contract operates - and some of the metrics are now completely out of their hands.

The Club Option
The team option for 2030 comes with a mixture of lengths and values based on Julio Rodriguez’s finish in the MVP race over the next 6+ seasons. These conditionals break down as such:

In other words, if this guy is as good as advertised, he’s not going anywhere for the next 16-18 seasons - contractually speaking.

The Player Option
If the next 7 seasons aren’t as electric as anticipated, and the club declines whatever version of option is placed in front of them in 2028, a player option will kick in. Here’s how that works:

To break things out into simpler terms, there’s a small world where this is simply a 7 year, $119.3M extension. This would mean the Mariners have declined the club option, and J-Rod in turn declines his player option, rendering him a free agent before the 2030 season.

On a maximum level, this contract can rise to 18 years, $469.3M, the longest and most expensive deal in the history of the sport.

What’s our objective guesstimation as to where things go here? Despite seeing very little of J-Rod, there are a few moving pieces in our future that could align nicely for his financial future. Many believe that Aaron Judge will soon leave the Yankees, with the San Francisco Giants very much on his board. The looming sale of the LA Angels could mean that either/or both of Mike Trout & Shohei Ohtani’s futures are very much in question. If the Red Sox can’t find an identity quickly, will Rafael Devers force his way out of town - with the Dodgers/Mets very much in the mix.

In other words, more than a few extremely notable AL MVP candidates could very likely be in the National League in the next few seasons, opening up even more potential for J-Rod to secure Top 10, Top 5, or actual MVP nods. We’ll take an aggressive approach here, and project that he’ll win 1 MVP, and finish Top 5 one other time in the next 7 seasons, putting him in line for an 8 year, $280M tack on to the $119.3M, or 15 years, $399.3M in total value.

Once we get to 2030, the tax salary is subject to change based on the option decision, and the value of that particular option.

The No Trade Clause

In lieu of these conditionals, Julio Rodriguez was able to negotiate a full no-trade clause for the duration of this contract. This is an extremely rare add-on, especially when considering Rodriguez’s age & experience, but it aligns with Mike Trout, who garnered a full no trade clause in his 2nd contract with the Angels, when he was just 23 years old. Fernando Tatis Jr. was able to secure a full no trade clause for the first 8 seasons of his 14 year contract, with limited trade protection thereafter.

In addition to the MVP, All-Star, & Silver Slugger conditionals noted above, Rodriguez stands to cash in annually if he’s rewarded in many of the standard categories.

MVP
In addition to the escalation it gives the club option, Julio will cash in an extra $150,000 per league MVP he wins.

When diving into our Multi-Year Payroll view for Seattle, we now find 8 veteran contracts for a combined $80M in tax. There are 9 active roster players eligible for arbitration and 4 still in pre-arbitration status for 2023. Tack on Chris Flexen’s likely club option ($4M), and the Mariners are at 22 players already, in good tax shape (2023 carries a $233M tax threshold).

The majority of Seattle’s pending free agents are role players (Adam Frazier, Mitch Haniger,  Carlos Santana, Curt Casali), while the entire starting rotation is under control or contract for next season.

In other words, this fringe 2022 playoff team (still very likely to sneak in), will at least be much of the same version of themselves next year, and with a few properly pushed buttons in the offseason (or a major swing for Ohtani) could vault themselves into legitimate AL contention.

And now their cornerstone piece is under contract, indefinitely.