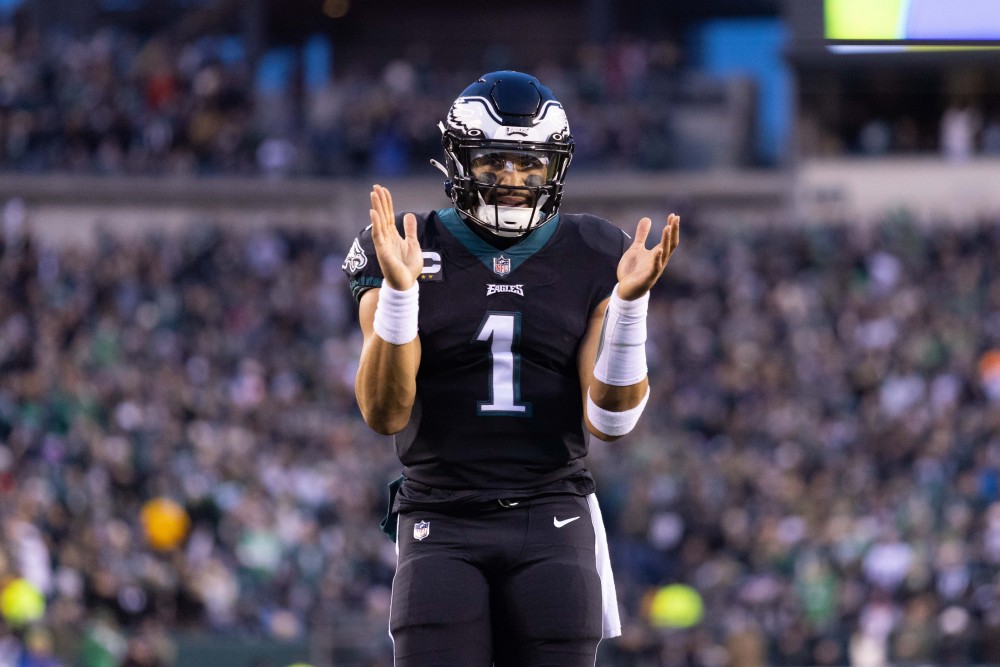 It’s an offseason of weapon decisions for Jerry, with CeeDee Lamb ready for an extension, Dalton Schultz & Tony Pollard pending free agents, and Zeke Elliott in a contract nobody else in America would want him in.

Ezekiel Elliott (RB, 27)
Despite 22 rushing TDs over the past two seasons, most of the metrics surrounding Elliott have declined, including a career low 3.8 yards per attempt in 2022. The contract holds 4 years, $52.9M remaining, but there are no early guarantees or bonuses built in from here out. A Pre June 1st release leaves behind $11.86M of dead cap, freeing up $4.86M.

QB Daniel Jones, RB Saquon Barkley, and literally every pass catching weapon remain up in the air for 2023. Let’s start there this offseason.

Andrew Thomas (LT, 23)
He’s gotten better every year, finishing 2022 as the 3rd highest graded offensive tackle according to PFF, and his now extension eligible for the first time. The #4 overall pick from 2020 holds a fully guaranteed 1 year, $5M, plus a 5th-year option in 2024, and projects to a 5 year, $107M extension in our system.

Dexter Lawrence (DT, 26)
Lawrence enters the 5th-year option salary of his rookie deal, set to earn a fully guaranteed $12.4M in 2023. He put together his most productive season by far in 2022, finishing with 7.5 sacks, 68 tackles, and 2 forced fumbles. He projects to a 4 year, $56M extension in our system.

Kenny Golladay (WR, 29)
This one’s messy, as Golladay has a fully guaranteed $4.5M roster bonus due March 17th. The relationship has gone so poorly, it might still make sense for the Giants to pay it and cut him loose anyway, taking on a $14.7M dead cap hit, saving $6.7M in 2023.

The Eagles have a slew of defensive starters to retain or replace, and a QB1 ready for an extension. There’s a trade or 6 in there as well if we know this front office.

Jalen Hurts (QB, 24)
The Eagles aggressively expanded this roster to put Jalen Hurts’ future on notice. He passed every test, late season injury notwithstanding, and now finds himself extension-eligible for the first time. The 2020 2nd rounder enters a contract year in 2023, set to earn a non-guaranteed $1.4M. He projects to a 6 year, $265M extension in our system.

Darius Slay (CB, 32)
This one won’t be popular, as Slay is still an upper echelon defensive player, but even the best teams in football can’t keep everyone, and Slay is set to count $26.1M against the cap in 2023. The issue? He already holds $21.2M of dead cap against that figure, so it’s possible a standard contract restructure (or a small extension) actually work better for both business and football purposes.

The Commanders are going back to the well at the QB position again, but the rest of the roster appears to be in pretty decent shape, as is evident by 50+ players under contract right now.

Da'Ron Payne (DL, 25)
Payne is slated for unrestricted free agency this March, but there appears to be mutual interest to keep this relationship together long-term. He’s consistently produced around 60 tackles per season, but added a new wrinkle to his game in 2022 - 11.5 sacks. The new found production lifts him to a 5 year, $97M valuation in our system.

Carson Wentz (QB, 30)
Wentz has a $5M roster bonus due March 17th. The Commanders will free up $26.1M of cap by releasing him before that.

Logan Thomas (TE, 31)
None of the final 2 years, $13.5M remaining on Thomas’ contract is fully guaranteed, and the Commanders can free up $5.25M of space by moving on this March.