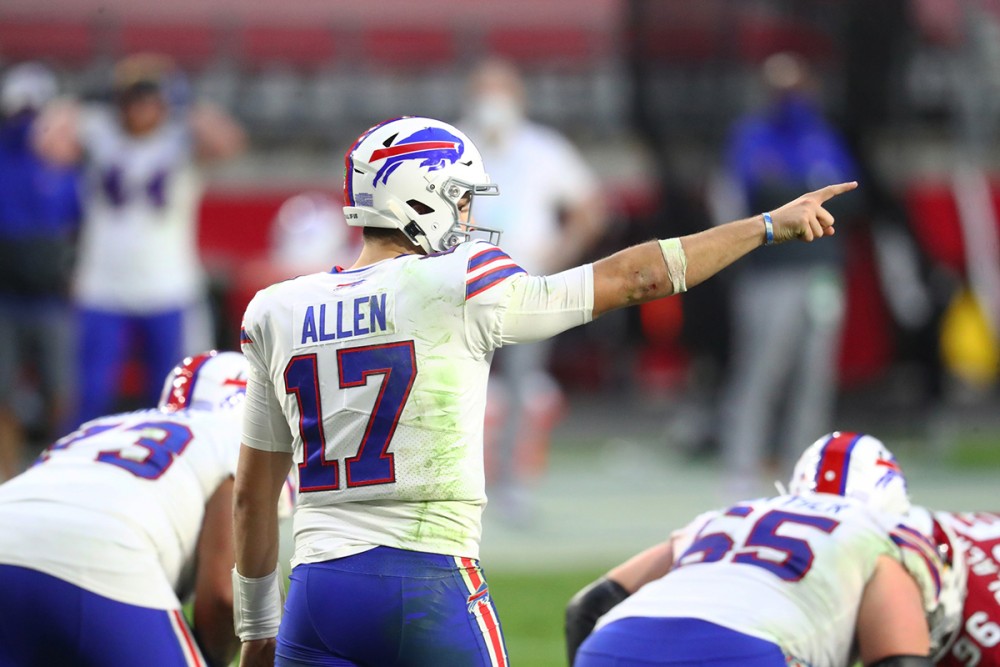 Josh Allen took major steps forward in 2020, and the Bills organization is well built for a multi-year run of contention in the AFC. Buffalo has locked up their LT, RT, LG, & nearly all of their secondary in the past 12 months. Allen’s extension isn’t a matter of if, but when, and when it comes to young QBs, most GMs answer that question with “as soon as possible”.

With TV money now certain to affect the league financials in 2023 and beyond, it makes sense for most of the stars to make themselves available for new negotiation at or around that timeframe. In other words, Allen should be looking for an extension that locks in 3 years, then gives him a chance to renegotiate thereafter.

It’s easy to quickly run to Dak Prescott’s contract as a comparable for the next few QB deals, but that’s not a realistic measure. Dak signed his contract in year 6, as a free agent, with no current years or salary to be concerned with, outside of a placeholder franchise tag. The better comparison here for Josh Allen is Deshaun Watson, who signed a 4 year, $156M extension with the Texans last September that included $73M guaranteed at signing, with $110M practically guaranteed over 4 years.

There’s been a lot of back and forth with how long rookie extension contracts should be, especially after Patrick Mahomes locked in a MLB-style deal with Kansas City. Additionally, the popularity of void years could reduce actual years on the backend of some contracts, making them shorter true length, but still with the proration spread that teams desire for cap purposes. With that said, we’ll make this a somewhat traditional extension, 4 years on top of the current year & 5th-year option already attached to his rookie contract.

Guaranteed at Signing: $78M, Practical Guarantees: $115M
The important stuff. Our projection locks in $78M fully guaranteed at signing, including a signing bonus, and his 2021, 2022, & 2023 base salaries. His $37M 2024 salary becomes fully guaranteed in March of 2023, giving him an early vest on a 4 year - or chance to convert that 4th year salary into a bonus for his next deal, when the league financials will be very much in his favor to do so.

2021 Bonus: $25M
The Bills have used a signing & option bonus structure on a few of their most recent larger contracts (Tre’ White, Dion Dawkins), but we’re going to stay away from that with our projection here. Why? By instead placing a rather sizable base salary in 2022 ($20M), we leave the option for Buffalo to restructure that into a signing bonus, which in turn will look and feel like a 2nd year option bonus as needed. The veritable unknown of the 2022 league cap is a bit of a concern here.

In pushing to keep 2021 as cap neutral as possible, our projection offers a slight increase of $2.4M to Josh Allen’s hit for the upcoming season. There’s a large jump in 2022 north of $26M, that can certainly be mitigated with a base salary restructure as needed.