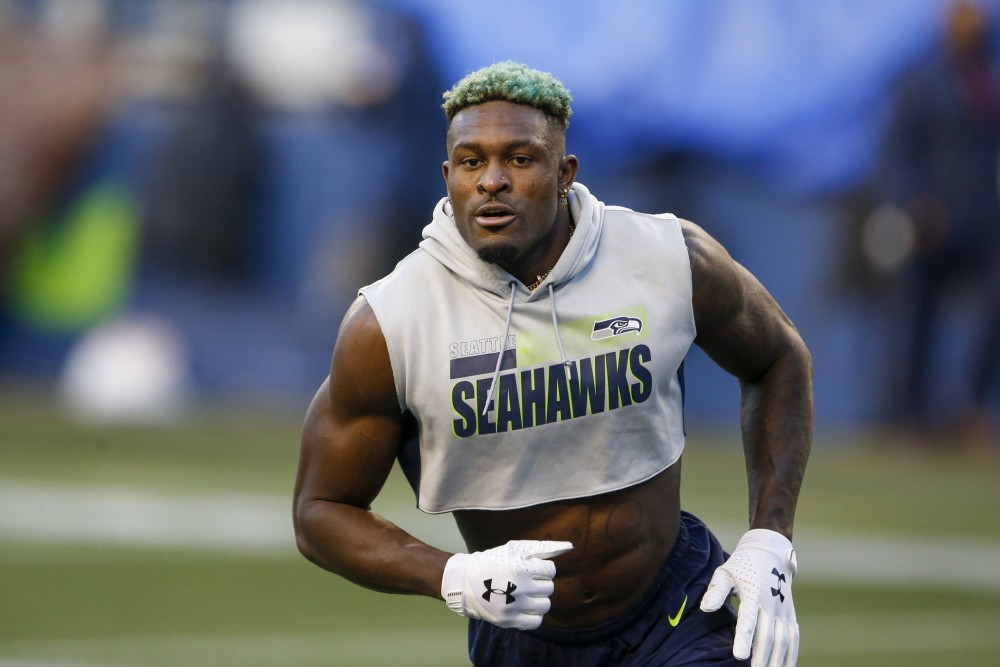 DK Metcalf is currently holding out from the Seattle Seahawks’ mandatory offseason activities, putting himself in line for a potential $95,000+ of fines (team discretion), while he awaits a new contract.

Metcalf is entering a contract year, currently set to earn $3.986M in the final season of his rookie contract, but wants a piece of the now very large pie that is the new wide receiver market.

So what next? The dynamic of the Seattle organization has obviously changed with QB Russell Wilson now in Denver, Bobby Wagner now in LA. But it’s still Pete Carroll’s team, and many of the weapons will return for the 2022 season. Should Metcalf be seeking a move to a better QB situation now? Or is the goal simply to get paid before the wheels fall off in Seattle come September, then force a trade as quickly as possible thereafter?

With this knowledge in tow, it’s reasonable to foresee a situation where a viable contract is not offered by Seattle, and A.J. Brown’s scenario becomes a reality for Metcalf, despite teams heading toward training camp in a few weeks. So what will it take for Seattle to retain their star WR?

A.J. Brown’s contract becomes the prototype. Yes, there are bigger WR deals now on the books, but Tyreek Hill, Davante Adams, and Cooper Kupp all recently signed their third contracts, and should be placed in a separate tier when building out comparisons.

Brown signed a 4 year, $100M extension in Philadelphia, a deal that included over $24M in Year 1, and $57M practically guaranteed through the first three seasons. Brown’s previous two year production is just slightly better than Metcalfs, as were Amari Cooper, DJ Moore, and Chris Godwins. But all of these WRs deserve to be in the same conversation when it comes to contract negotiations. There’s one glaring exception though: Touchdowns. Brown, Moore, Williams and Cooper combined for an average of .44 touchdown receptions per game played over the past two seasons. Metcalf chimes in at .67, a huge number for a receiver with Tyler Lockett on the other side of the field.

Metcalf isn’t just a freak athletic running go routes. He has space creating ability, and can turn into a tight end style red zone option when the offense needs it most. It’s a trait that almost none of these other comparable receivers can boast on a consistent basis, and it’s worthy of more money at the end of the day.

From a total resume standpoint, Metcalf mathematically projects to a 4 year, $88M extension. If we’re talking average annual salary (which we shouldn’t), this $22M per year places him 7th among active WRs. The $88M new money also ranks 7th. Are these reasonable numbers for Metcalf? Yes. But reasonable likely doesn’t keep him in a QB-less Seattle.

Of the group, the Raiders probably become the best future comparable. We know Davante Adams went bigtime with his 5 year, $140M extension, $65M+ practically guaranteed, but LV followed that up with a 2 year, $32M deal for Hunter Renfroe this month.

Tyler Lockett is entering year two of a 5 year, $80M contract, and is pretty comfortably locked into 2 years, $25M through the 2023 season based on dead cap structure. By assessing Lockett’s deal in this manner (numbers lower than Renfroe’s extension), there should be no concern with Seattle tossing a $25M per year contract on top here - especially when factoring in that the Raiders also handed out a $65M guarantee to their starting QB this spring, and the Seahawks may not spend $5M total on all of their QBs in 2022.

With all of this said, let’s put a little logic on top of the previously mentioned math. Is it easy enough to simply look at A.J. Brown’s contract and say “that works”? Maybe. But Brown’s contract came with draft capital attached to it via the initial trade to get him in the door. If I’m DK Metcalf’’s camp right now, there’s a surcharge to stay. We can keep the 4 years, $100M new year new money numbers for “team friendly” marketability, but the 57% practically guaranteed needs to slide up to 60, and $42M of that has to be fully locked in at signing, surpassing D.J. Moore’s $41.6M number.