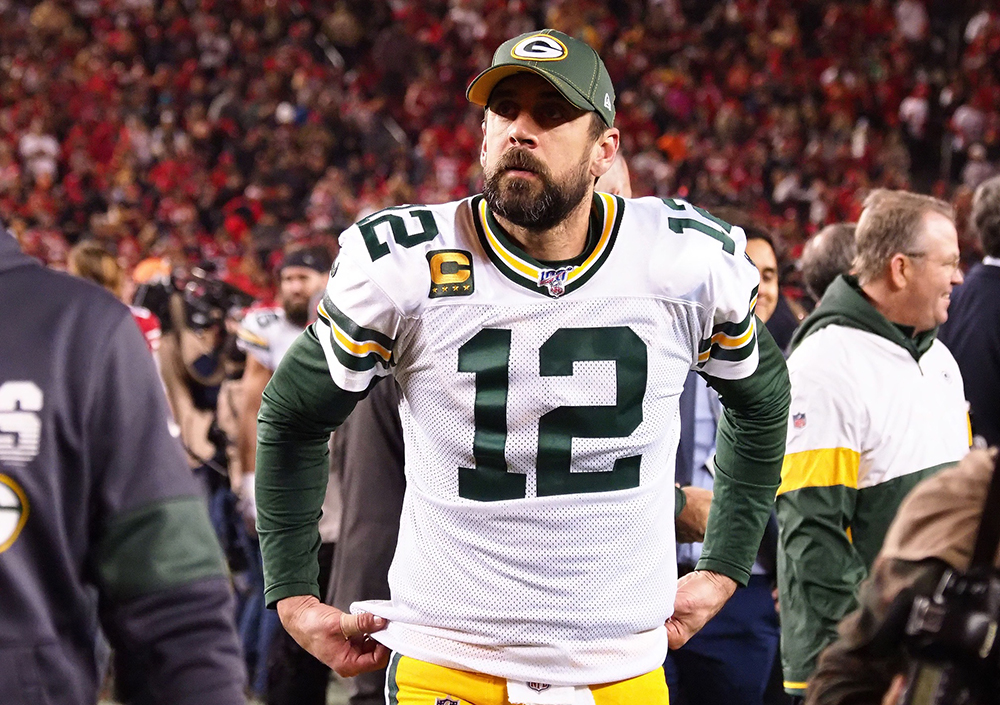 Ben recently turned 38, and is coming off a lost season due to injury. He's locked in through 2020, but the Steelers could look to move on thereafter. Roethlisberger has a $15M roster bonus due March 19th, 2021. Getting out before that means $22.25M of dead cap, $19M saved. I'd guess the likelihood of this happening is very low.

Ryan's 2020 salary is not only fully guaranteed, but it's been restructured twice. This is bad news from a dead cap perspective down the road, should the Falcons feel the need to move on. $5.5M of 2021 salary is already guaranteed, leading to $49.9M of dead cap already. If the trade is Post 6/1, dead cap splits as $18M/$26M, $23M saved in 2021. It's very unlikely Atlanta considers moving on until after the 2021 season.

The addition of Jordan Love to the Packers puts Rodgers' long-term status on the clock. He's fully guaranteed through 2020, but there's a world where Green Bay could move on next March. Rodgers has a $6.8M roster bonus due March 19th, 2021, so any kind of move would likely precede that. Doing so would leave behind $31.5M of dead cap to the Packers, all in 2021. It's a huge number to take on, but when you factor in Love's minimal $2.8M cap figure, the combined damage isn't much of a change at all for them. Toss in what would be a few really strong draft picks in trading Aaron and the move could be very attractive to Green Bay. A trade next year means $73M cash off the Packers books going forward.

While the rumors swirled early in 2020 about the possibility of the Lions moving on from Stafford, the contract structure really never allowed it to be considered a reality. However, this is not the case after the 2020 season. Stafford has a $10M roster bonus due March 21st, 2021, and carries $19M of dead cap prior to that date. This means $14M of savings to the Lions should they trade or release him.

He's fully guaranteed through 2021 & most of 2022 already, but only $15M of his dead cap is comprised of bonus allocation (bonus dead cap stays with the team during a trade, salary dead cap moves to the new team). If he's traded in early March, the Rams can actually clear $17.5M of 2021 cap - but it's a big if.

Garoppolo's deal has been an easy out since 2019, as the 49ers front loaded this thing in fantastic fashion. 2020 is liely a boom or bust year for Jimmy. If he has another solid/great season, he'll likely be asking for a restructured extension (2 years, $51.1M remaining, $0 guaranteed). If it doesn't go well, San Francisco will strongly consider getting out, and using the $24.1M saved to look elsewhere at the position.

Brady's contract is fully guaranteed, but half of it comes in the form of a signing bonus. This means trading Tom after 2020 would free Tampa Bay from his $15M 2021 salary. It's wildly unlikely.

So much unknown still but its hard to imagine Smith returning to the Redskins in 2021. He's fully guaranteed through 2020, and its perfectly possible an injury settlement is agreed upon soon, but if not his dead cap gets rightside up in 2021, allowing for plenty of savings. Smith will have been paid $71M from Washington.

While $10M of Bridgewater's 2021 salary is already fully guaranteed, the Panthers could pass that along to a new team via trade, leaving behind $10M of dead cap in 2021 ($5M if done after June 1st). Teddy will carry a 2 year, $39.5M contract ($10M guaranteed) after 2020, which should draw trade interest if necessary.

Carr's signing bonus cap finishes out in 2021, offering almost $20M of savings if he's traded or released after 2020. He's very much on the hot seat entering the upcoming season, especially Marcus Mariota now holding the clipboard behind him. At this point in time, it's tough to imagine the Raiders paying Carr the $39M cash owed after 2020.

In restructuring Foles' guaranteed money, the Bears afforded them a lot of cap flexibility, & made this deal fairly tradeable as well. Should Chicago look to trade Foles after 2020, they'll want to do so before March 21st, when a $4M roster is set to be paid. The Bears would take on $2.6M of dead cap to ship him out, clearing over $6M of space in the process. Foles would bring a 2 year, $16M contract to his new team, $9M guaranteed.

The Largest Contract for Each NFL Team