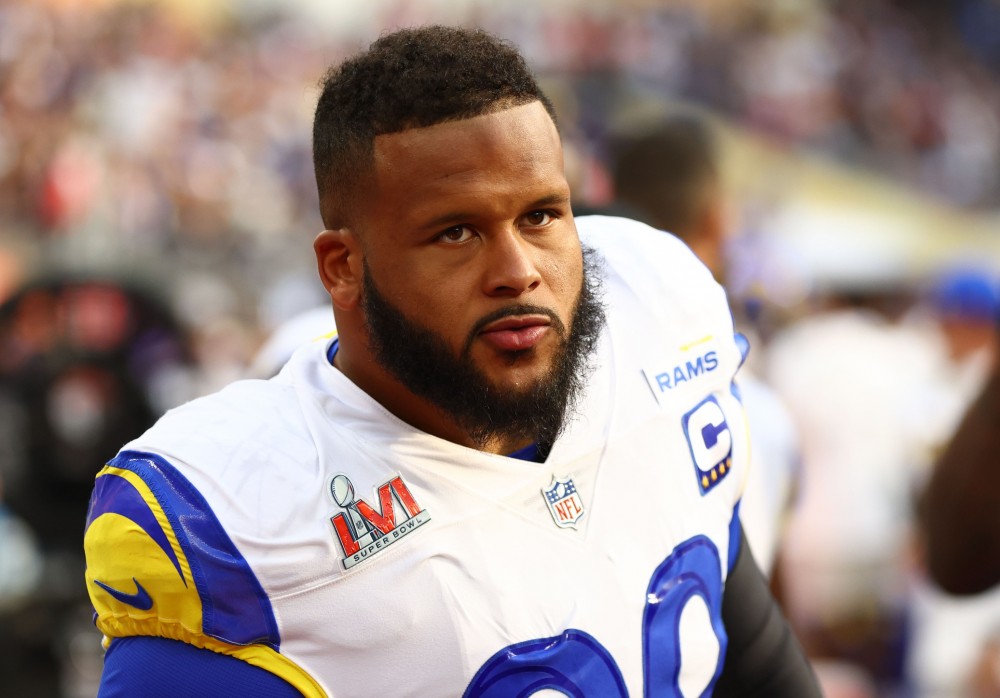 Aaron Donald’s not only not retiring, he’s now the highest paid non-quarterback in the history of football - and then some.

The 31 year old defensive lineman had the final 3 years, $52.25M remaining on his previous contract almost entirely ripped up. The result is a 3 year, $95M contract through the 2024 season, with guarantee mechanisms in 2023, early March vesting on the 2024 compensation, and two void years for cap purposes.

There are 7 contracts with a 3 year cash flow north of $95M - all of them are quarterbacks.

Not the most useful metric available because of its inconsistencies, but for all intents, Aaron Donald is now a $31.6M per year NFL player. This ranks 12th in the entire NFL, 1st among all non-quarterbacks.

But (and it seems like there’s always a but with these NFL contracts), the $5M roster bonus allocated to 2022 was technically built into his previous contract and carried over to the new deal. However, since we’re treating this as a rip up and start over process (like we did with Aaron Rodgers), it’s $95M over 3 years year at the end of the day.

If he sticks around for 2024, another $30M becomes fully guaranteed in March of 2024, by way of a $10M base salary, and a $20M option bonus. That means every dollar of this $95M contract is either guaranteed at signing, or comes with some form of early vesting.

Despite tacking on two void years to help the salary cap portion of this contract to spread out, the Rams will only free up $2.75M of cap space per this new pact ($12.5M of bonus proration carried over from the previous contract).

But this is only the beginning of this conversation. That $38M cap hit for 2023 is likely going to be a problem for the Rams, even if the NFL salary cap pushes up to $230M.

By simply restructuring the $15M roster bonus for 2023 that is already fully guaranteed, converting it to a signing bonus and tacking on yet another void year, things move around quickly.

The 2023 cap hit drops to a manageable $26M figure, but the 2024 figure rises to $34.1M, and maybe more importantly, the voidable dead cap increases to a potential $32.3M (assuming the 2024 option bonus is exercised). In other words, if this restructure (or any really) happens, and Donald finishes out this entire contract, the Rams will be taking on quite a dead cap hit in 2025 when the dust settles.

The Impact of this Contract

The player currently in line to benefit most from Aaron Donald’s massive re-up is Nick Bosa, who was already eyeing a top of the market extension in San Francisco, and now has a whole new benchmark to work from. Deals for Titans’ DL Jeffery Simmons, Broncos LB Bradley Chubb, and Packers LB Rashan Gary, to name a few, should see an uptick in value thanks to where Donald went financially.

But it’s important to keep in mind that many teams will attempt to label this as an anomaly situation, where a unicorn defensive player factored heavily into his team winning a Super Bowl, then threatened to walk off into retirement if his contractual demands weren’t met. This was the perfect scenario, despite Donald being north of 31 years old through all of this.

The player/agent side of the equation won’t see it this way however. Donald’s $31M per year is now a new mountain top that others will soon scale. It’s perfectly possible that Nick Bosa is that player in the coming weeks. No matter, today was an historic day for defensive players.