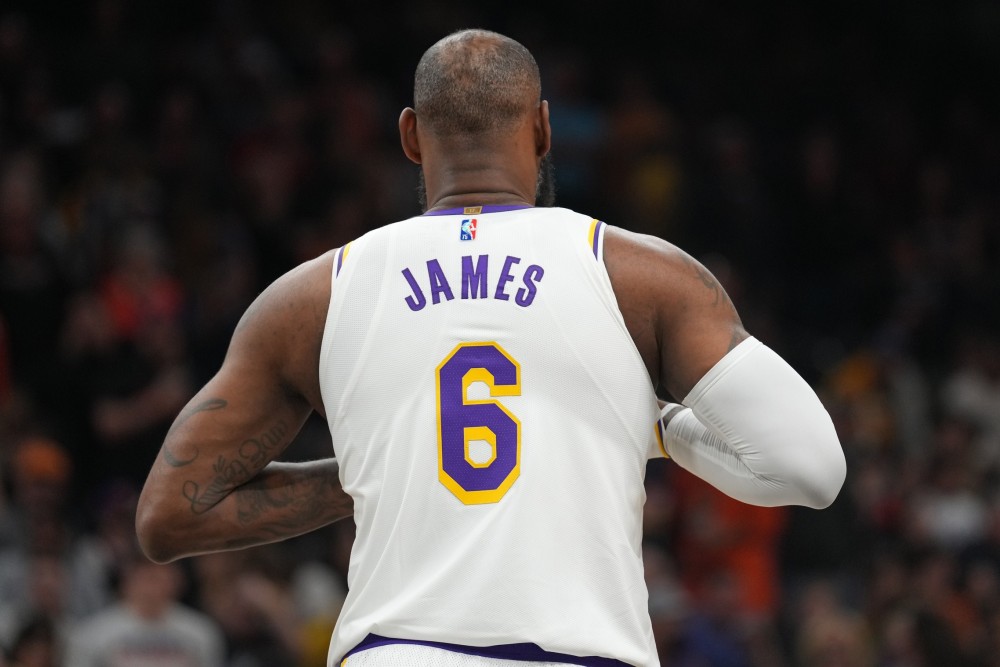 On Thursday, August 4, LeBron James is eligible to sign a veteran extension with the Los Angeles Lakers. Whether James will do so, or not, is a very open question. Because LeBron James will turn 38 years old this season, his next deal is going to be subject to the Over-38* rule. This is true if James signs an extension, re-signs with the Lakers as a free agent in the summer of 2023 or leaves for a new team in the summer of 2023.


At this point, because James is still in a position to command a max deal, we’re only going to entertain those as options for him moving forward. It’s unlikely he’d take less than the max, so there’s not a lot of point laying out what those scenarios look like.

Because of that, and the Over-38 rule, James is left with three real options:

James can sign either a one-year or two-year extension with the Lakers. Here’s what those would look like:

It’s likely that any multi-year deal, extension or new contract, will have a player option on the final season. James has been open about his desire to retain the flexibility to play with his son Bronny in the NBA. The earliest the younger James can join the NBA is during the 2024-25 season.

In both of these options, the starting salary is 105% of James current salary for the 2022-23 season. In the two-year option, he then gets an 8% raise off that first-year salary.

If LeBron James lets his contract expire at the end of the upcoming season, he’ll be an unrestricted free agent next summer. The Lakers will have full Bird Rights for James, so they would be able to offer him a contract worth 105% of his current salary in Year 1 of a new deal. If the cap jumps enough that James’ max is more than that, then he could get up to the 35% of the cap max.

For now, we’ll stick with 105% of his current salary and build from there.

As you can see, the first two options are exactly the same as the extension options. Such is life when you are already at or above the max salary.

The major difference here is the ability to offer a third year. In James’ case, it’s unclear how much that would matter, as he likely wants the flexibility to pick his spot in 2024, when his son Bronny can join the league. It’s unlikely that third-year, even at $54 million-plus would sway James.

New Contract with Another Team

It seems fairly unlikely that LeBron James will leave the Lakers this summer. But there was a point where it seemed like he would never play for the Cleveland Cavaliers again too.

Just in case James has tired of the Lakers and is ready to play somewhere else, we’ll present his options for signing with another team.

By virtue of his status as a 10+ Years of Service Player, James actually qualifies for the same Year 1 salary with another team as he would with the Lakers. This only applies to players coming off a maximum salary that is at or above that year’s maximum. This allows James to get a first-year salary with a new team that is 105% of his previous salary. The new team, of course, must have $46.7 million in cap space to sign James outright in this situation, or the ability to acquire James via sign-and-trade.

The difference comes in with the raises. James can get 8% raises with the Lakers, but only 5% with another team. But, at this point in his career, $1.5 million to $4.2 million difference in total salary isn’t going to swing James either way.

In other “Next Contract” pieces, the salary math has been widely varied and the options have been plentiful. Despite LeBron James still being near the top of his game, his already-max salary and his age, make his options far more limited.

No matter what James does, he’s going to give himself options for the 2024-25 season. He’s repeatedly said that playing with his son Bronny will be his priority in the season Bronny joins the league. That doesn’t mean we can rule out a two-year extension or a new two-year deal, but that second year is going to be a player option.

Don’t be surprised if August 4 comes and goes without James having signed an extension. There’s really no rush for him to do so. Keeping his options open continues to put pressure on the Lakers to make moves to be a title contender.

Whether it’s later this summer, sometime during this season, or next summer, it’s very likely LeBron James will sign a two-year contract with the Los Angeles Lakers. But with a player option on the second year, James will likely once again control free agency in the summer of 2024 as he heads into his record-tying 22nd NBA season.

*The Over-38 rule closes a loophole in the NBA where a team could give an older player a long-term contract with the intention of that player retiring before the full amount of their contract was due.

In this situation, if the player is over 38 years old, or will be during the duration of the deal, the years when the player is over-38 are handled differently salary-wise and cap/tax hit-wise. The salary for the over-38 years is actually applied to the earlier years of the contract as far as cap/tax hit goes.

In the case of LeBron James, or any other max salary player of his age, you can’t frontload the contract above the max. However, the Over-38 rule does limit James to signing a three-year contract.

For more on the Over-38 rule, see the CBAFAQ here.