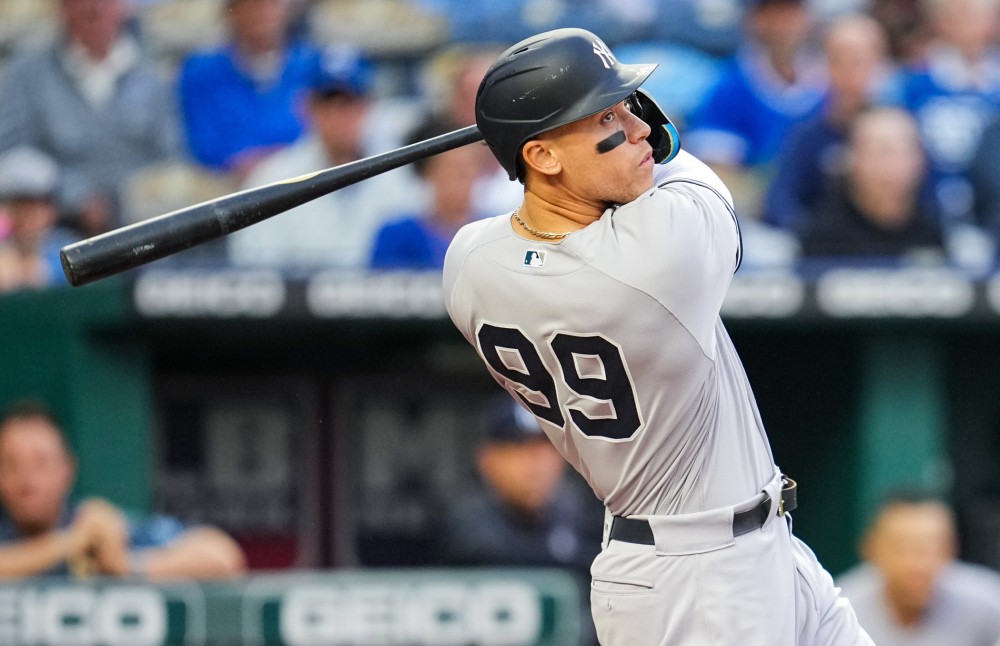 On April 8th, 2022, Yankees General Manager Brian Cashman announced at the Opening Day press conference that they had offered OF Aaron Judge a 7 year, $213.5M extension, and that the now 30 year old had rejected the deal.

The deal was set to start in the 2023 season, an important note, and run through the 2029 season. Specifics of the offer (opt outs, club options, etc) were not made available, but the Yankees appeared set on signing Judge through his age 37 season. Reports over the winter suggested Judge had been seeking the 8th year on any extension.

Why Arbitration Matters to Judge, & the MLBPA

The detail that the extension offers were set to start in 2023 may sound like status quo, but in this case there’s very specific reasoning behind it. Five-year superstar players are rarely going through the arbitration process anymore, with massive extensions in their back pockets already by the time they get there. But when players of Judge’s caliber go through arbitration, they help to reset the price tags of the calculated salaries.

While players often end up avoiding arbitration with some form of compromised salary at the end of the day, the simple act of going through the hearing, having his production evaluated and entered into the system, now beefs up the algorithm, allowing lesser players who will be forced into the process prior to free agency, to earn a few extra dollars as necessary.

Aaron Judge’s 2022 salary is still in limbo, as his arbitration hearing for this current season isn’t scheduled to be heard until June 22nd. Judge has filed for a $22M salary, while the Yankees are countering at $17M.

Note: Arbitration hearing dates were pushed back due to the CBA lockout and are normally adjudicated during the offseason. Judge’s 2022 production should have no impact on his hearing and subsequent salary.

With negotiations now tabled, Judge will indeed hit the open market this winter. He’s stated as such publicly, noting that he’ll speak to any of the 30 teams about his future, the Yankees being one of them.

But isn’t MLB Free Agency dead? Yes, unless it’s not. MLB front offices have become extremely strict about giving high average salary, long term free agent contracts to players in their 30s. But, as with everything, there are always exceptions. Here’s a look at the Top 3 free agent position player contracts from each of the past 5 offseasons, along with the Top 30+ Year Old contract signed that winter.

Kris Bryant’s 7 year $182M deal with Colorado this past March represents the largest free agent contract for a player north of 30 years old since 2014, when Robinson Cano bagged a 10 year, $240M deal from the Mariners. Albert Pujols signed the exact same deal two years prior with the Angels. Both deals ran through the player’s age 40, something MLB front offices are clearly trying to avoid these days.

The best contract to hold Judge up against might be Anthony Rendon’s 7 year, $245M free agent contract with the Angels, signed in 2020, at age 29.

If we use our contract tool to show a quick comparison, Rendon’s production in the two seasons prior to his free agent signing actually outweigh Judge’s current 21-22 production in every category, with the exception of games played. Toss in the notion that third base may be treated as a more important position defensively than right field, and that Rendon was only 29 at the time of the signing, and it’s possible to see a world where Rendon deserves to remain the higher contract here.

Rendon isn’t the perfect comparable for Aaron Judge, but to his credit, there might not be one in today’s game. However, Rendon checks more boxes than most when stacking up Aaron Judge’s potential situation, from statistical relevance, age, and (potentially) banking off a World Series win in his contract season. Is Rendon a $245M player if the Nationals don’t win the 2019 series?

Before the 2022 season began, our contract projection tool pegged Judge at a baseline $25M per year, in line for a 7 year, $180M extension. The Yankees were willing to go north of $30M per year with their offer, and for all intents, that was considered a “fair” contract. So where do things stand currently?

As many expected, Judge has come out of the gates blazing hot for the AL-leading Yankees. At the time of this piece, he leads the league in runs, home runs, and slugging, and his +1600 preseason MVP odds have slimmed down to +330. Furthermore, the Yankees are now +600 to win the World Series, second only to the Dodgers in that regard.

Judge is heading toward a perfect free agent contract storm, not unlike the path Freddie Freeman just took in Atlanta. While Freeman ended up finishing 9th in the MVP race, his contributions in the postseason that culminated with a Braves’ World Series, put him at the forefront of the free agent class this past winter. A 32-year old Freeman was very public about wanting a 6 year contract that carried him through his age 38 season. Atlanta’s final offer was reportedly 5 years, $135M. The Dodgers swooped in with a 6 year, $162M offer, forcing the long-time Brave to leave town.

At the time of this piece, our contract projection tool values Aaron Judge toward an 8 year, $224M contract this offseason. That’s $28M per year, and $10M more guaranteed than the Yankees offered a few months ago. For starters, Aaron Judge shouldn’t give a rat’s behind what his average salary calculates to, except in regards to how it will impact his team’s ability to properly build a contending roster around him. In other words, the fact that Anthony Rendon scored $35M per year, or Gerrit Cole currently holds a $36M AAV in New York are moot, unless you’re concerned about the luxury tax - and quite frankly, the Angels and Yankees should not be operating with those concerns.

Aaron Judge’s focus should be on maximizing guaranteed dollars within the length of contract that he’s seeking - assumed to be 8 years.

As seen here, things don’t get comparable from an age perspective until Miguel Cabrera & Anthony Rendon’s numbers come in. If Rendon’s $245M is our assumed benchmark, let’s first adjust that for purposes of inflation:

Now let’s chop off 5% based on Rendon’s slightly better pre-contract production and the fact that he’ll have been nearly 2 years younger than Judge at the time of signing.

If Aaron Judge continues producing at the level he is in 2022, and/or the Yankees win the World Series, the narrative for Judge’s free agent contract will quickly turn to $300M. While this isn’t an absurd ask, it would be remarkably historic both in terms of signing age, and the luxury tax salary ($37.5M, Mike Trout’s $35.5M is highest for a position player all-time).

Another consideration to bring into this conversation is the state income tax argument. Corey Seager’s $325M in the zero-tax state of Texas looks a lot better than Fernando Tatis Jr.’s $340M in the 12%-tax state of California when it’s all said and done. Our $260M proposed contract here should be considered a “flat-tax” projection, representing an average tax scenario across the league. If Judge crosses the country to San Francisco for the second-act of his career (as has been rumored), it’s within reason that he could ask for A) a larger signing bonus or B) more guarantees to offset the state’s withholdings.

Finally, MLB as a whole lacks instant, natural marketability. It’s vitally important that the major markets in the game (NY, LA, CHI, PHI) possess players that drive eyeballs, merchandise, content, etc…) Aaron Judge is one of the easiest players in the game to root for, despite him playing for the Yankees - a team many love to hate. This relationship can’t be overlooked, and may be invaluable to the franchise. If Judge is removed from the Yankees roster next year, who becomes that “rootable” name? Will a move to San Francisco diminish his popularity, especially with Betts/the Dodgers & Tatis/the Padres likely topping them in their own division most years.

The Yankees unsuccessfully attempt to acquire Juan Soto this winter as a way to replace Aaron Judge with a younger (better) player, and give in to Judge’s financial demands, locking in an 8 year contract in the $260M-$280M range.