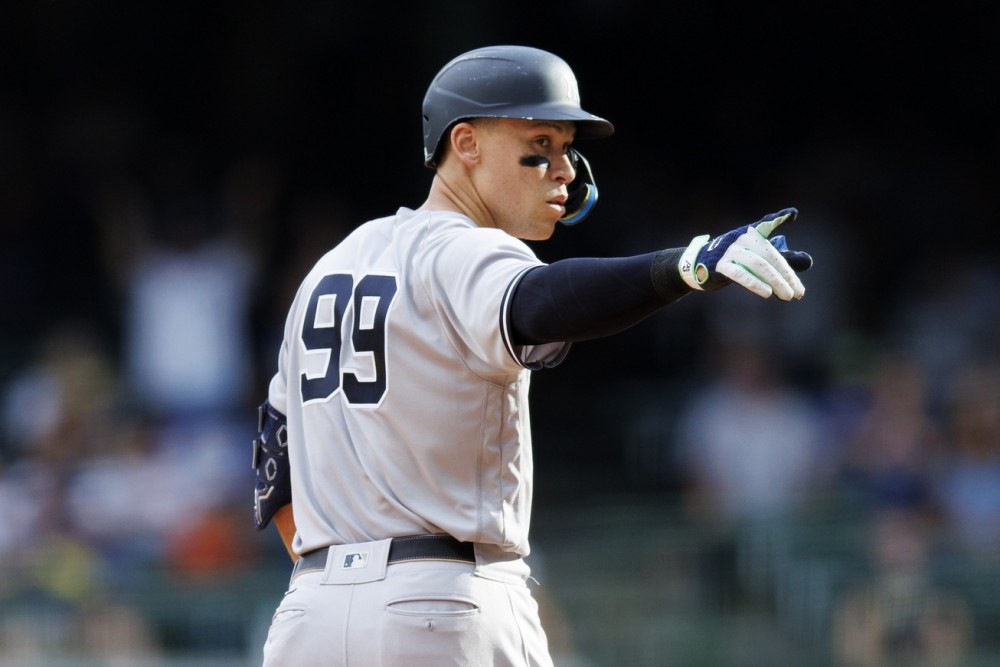 It’s a foregone conclusion that deGrom will opt-out of the remaining 2 years, $63M on his current contract. The Mets set a new precedent for contracts to superstar pitchers in the twilight of their careers in giving Max Scherzer $43.3M for 3 seasons. With suitors galore - including divisional rivals, the Mets will likely need to match or exceed Scherzer’s compensation to have a chance to keep their longtime ace.

Rodon is about to complete back to back seasons with a sub-3 ERA. Toss in over 200 Ks, a 5+ WAR, and just 49 walks in 167 innings, and he’ll be one of the most coveted arms on the open market this winter. All of this assumes of course that he opts out of a $22.5M player option for 2023, but that seems like a foregone conclusion at this point.

Back to back 30+ save seasons, including a ridiculous 17 strikeouts per 9 innings in 2022 have Diaz and his agents seeing plenty of dollar signs these days. The $16M calculated valuation is a baseline, as increased tax thresholds should put Diaz’s price point at or around $20M per year.

The Rockies brought back Bard this season despite a 5.21 ERA in 67 games. The veteran reliever didn’t let them down, posting a sub 2 ERA in 50+ appearances while giving up just 3 HRs. It stands to reason they’ll strongly consider bringing him back yet again.

Still surprised he wasn’t moved at the deadline, the shine has worn off Contreras a bit as he and the Cubs have gone quietly down the stretch. His market should pick back up quickly this winter, with $16M as a floor for his next deal.

Bell has been radio silent since joining the Padres in the big deadline trade, but he’s done enough over the past 3 seasons to warrant plenty of interest on the open market (assuming the Padres let him get there).

Still hits for average (.309) and brings overall value (4.0 WAR), but the overall production is down as the age has increased. The White Sox may look to upgrade here, so hopping onto another contender as experienced depth is likely in the Cards (a great destination).

Frazier has been inconsistent over his 7 year career, almost following a hot and cold pattern every other season. In that regard, his dip in production this past season could signal much improvement in 2023. He brings plenty of value defensively, and 20 doubles isn’t nothing, so a smaller multi-year guarantee still makes sense.

The power numbers have fallen off of a cliff, but Hernandez still has on base and defensive value. He’ll be seeking a platoon role in 2023, so the $4.5M valuation might be on the higher side.

Turner’s having arguably his best season as he approaches the open market. Will the Dodgers move on as they did with Corey Seagar, or is Turner their long-term SS option? Either way, it appears there’s around $250M in his immediate future.

Swanson has now posted back to back seasons of 20+ HRs, 80+ RBIs, and 30+ doubles, and will finish 2022 about 40 points higher in batting average than he did for the 2021 campaign. The Braves may be seeking major pitching contracts this winter, so Swanson could be asked to test the open market. A tax adjusted version of Trevor Story’s 6 year, $140M deal in Boston seems right.

Where did this come from? After 21 HRs in his last 6 seasons combined, Drury is nearing 30 as the 2022 regular season winds down. His 83 RBIs are 20 more than he’s ever produced and his .829 OPS is by far a career high. Will he return as the Padres’ everyday first baseman?

You’ll be hard-pressed to find a list that doesn’t include Judge at the top of it. The 30 year old posted a career (if not historic) season to finish off his team control term with the Yankees. What’s next? $300M over 8 years equals $37.5M, which also just so happens to be slightly more than Mike Trout’s current $37.1M top AAV among position players

Nimmo’s health has been the biggest thing holding back a nice extension, but he found his way into 150 games heading toward free agency. He’s a prototypical lead off hitter who plays an excellent center field. Yes, finances for these types of players have been in decline, but Nimmo should find a deal that doubles his current $7M paycheck.

Martinez is only a year removed from 28 homers, 99 RBIs and a league leading 42 doubles from the 2021 season. With the exception of doubles (40), this year’s numbers pale in comparison, but there’s zero question Martinez can improve a batting lineup for the next few seasons.