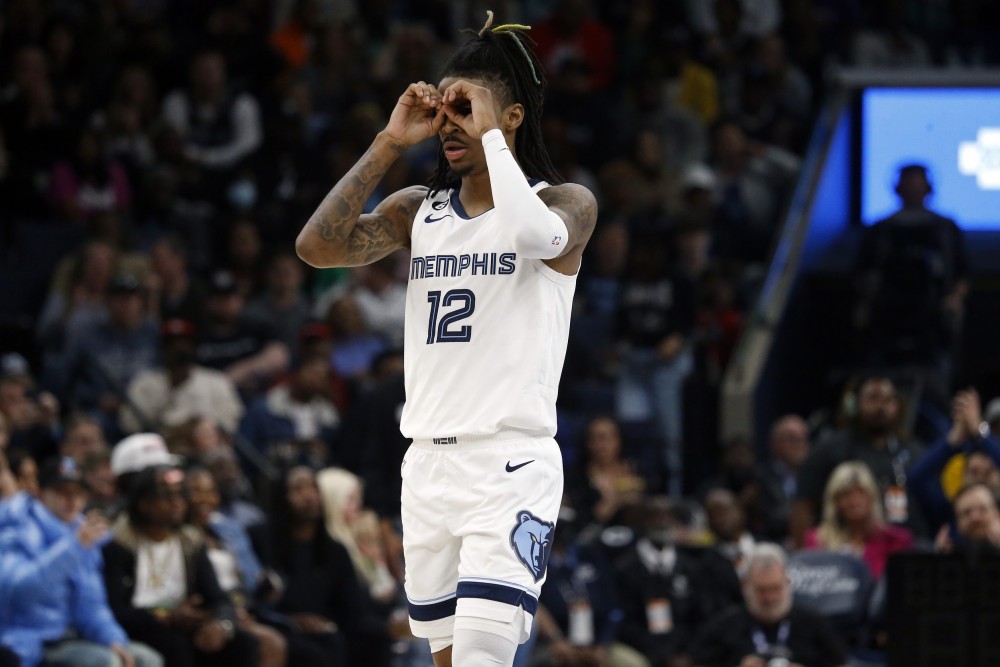 The NBA trade deadline is roughly a month away. As it stands right now, there are more buyers than sellers. The Play-In Tournament and flattened lottery odds have done a number on tanking on both ends of the spectrum. Having something to play for (making the Play-In Tournament) keeps more teams in the postseason race for longer. Not having to be egregiously bad keeps teams from completely bottoming out in the race for the most ping pong balls.

The result is that we have a trade market that can take a bit to develop. That said, there are a handful of teams that need to push in over the next month before the deadline. These teams make up sort of a forgotten “middle” of the NBA. Not necessarily in the standings, but on the cap sheet.

By now, you probably know that both the Indiana Pacers and San Antonio Spurs are sitting on about $27 million in cap space apiece. The Pacers look like a playoff team, while the Spurs are chasing ping pong balls. But both will be active at the trade deadline, almost because they have to be.

Both the Pacers and Spurs are about $15 million under the salary floor. They’ll take on some money either through trades, or in the case of the Pacers, by a renegotiation-and-extension with Myles Turner.

At the opposite end of the bank books, there are currently 10 teams over the luxury tax line with another five teams less than $2 million from the tax line. These teams range from the Golden State Warriors, Brooklyn Nets and LA Clippers who are so far past the tax line they can barely see it, to the Philadelphia 76ers, Portland Trail Blazers and Miami Heat who are dancing around either side of the line.

We can also say with confidence that teams in the race for Victor Wembanyama shouldn’t be taking on too much by the trade deadline. The Charlotte Hornets, Detroit Pistons, Oklahoma City Thunder and Orlando Magic should be active, but only for trades that help them collect talent or draft picks. There isn’t a big reason to take on salary, especially salary that extends beyond this season, as these teams should be cap space players this summer.

That leaves a group of six teams who are all firmly in the playoff mix, but aren’t really in danger of dipping into the luxury tax. They make up that forgotten “middle” when it comes to salary accounting: Not sitting on cap space, but not so expensive you can almost rattle off their tax bill from memory.

The Cleveland Cavaliers, Memphis Grizzlies, Minnesota Timberwolves, New Orleans Pelicans, New York Knicks and Sacramento Kings should all be making a push and looking to add money to this year’s cap sheet.

The first reason is obvious. Each of these teams should be looking to strengthen their rosters for a playoff push. That’s simple enough.

The second reason is a bit more obtuse. It lies in a bit of cap sheet management that we can all “use it or lose it” flexibility. The Cavs, Grizzlies, Wolves, Pelicans, Knicks and Kings are all sitting on a decent chunk of spending power before they hit the tax line. This summer, things reset. For a few of these teams, they could find themselves having to make decisions for this offseason and beyond that involve going into the tax or not. But for right now, for this 2023 playoff run, each team has the ability to improve without pushing themselves into a financially burdensome spot. Let’s take a look.

The Cavs need another wing and another shooter. If that comes in the form of the same player, even better. They’re tighter to the tax line than anyone else here, but that $2.5 million should give them enough wiggle room to get what they need without tripping the tax. That might mean adding some money to next year’s books (Tim Hardaway Jr. anyone?), but that’s going to happen by virtue of re-signing Kevin Love and/or Caris LeVert anyway. Cleveland has a real chance to make noise in the playoffs for the first time without LeBron James. They have to take advantage.

Memphis is really good. Like “could win the 2023 NBA Finals” good. They’ve got a star (Ja Morant), great secondary guys (Desmond Bane and Jaren Jackson Jr.), and a strong supporting cast. That said, the Grizzlies still have needs. They could really use another wing shooter. Maybe that’s Danny Green, if he can get healthy. But more likely, Green’s $10 million expiring contract could help fill that need. It might mean trading a couple of their kids (always tough because Memphis is the NBA’s premier draft-and-develop organization), but it’s worth it. Title windows sometimes open before you expect them to, but they snap shut quickly too. This roster is going to get really expensive soon. The Grizzlies have the tax space this year to add to their roster without coming close to tax. They should take advantage of that while they can.

The Wolves are playing better. They’re finally figuring stuff out on both ends of the floor after making the all-in trade for Rudy Gobert. It’s because of that deal that Minnesota has to maximize when they can. Next season, they’ll have some free agents to re-sign (D’Angelo Russell, Jaylen Nowell, Naz Reid) and the year after that, extensions will kick in for Karl-Anthony Towns, Anthony Edwards and Jaden McDaniels. Barring further roster shuffling, the Timberwolves are going to be a very expensive team and soon. That makes this year the year to make another move. If they were still scuffling along down around 12th in the conference, we might feel differently. But Towns will be back soon, and Minnesota has some tradable contracts to stack together to fill holes. Another wing and another shooter, and the Wolves could make real noise in the playoffs.

The Pelicans are a hair behind the Grizzlies in the “they could win the title this year” mix. Most of that is related to injuries to Zion Williamson and Brandon Ingram. When healthy, New Orleans is every bit as good as any team in the West. But it’s that “when healthy” qualifier that makes it necessary to upgrade the roster right now. $3.6 million isn’t a ton of tax space, but it’s enough to fill a hole. Another shooter with size could do wonders on this roster. Kyle Kuzma maybe? That’ll cost the Pelicans a pick (it’s time to move that swap with the Lakers, like right now!) and a young player or two. But that’s fine. The roster is a little overstuffed as is. A small consolidation move involving one or two of the kids, plus a pick, is the move to make.

The Knicks are one of only a few teams that are top-10 in the NBA in both offensive and defensive rating. They’re a legitimately good team, even if they have a proclivity for looking awful in losses. New York also has plenty of non-rotation players that they can package together to make a major rotation upgrade. With that kind of salary-matching and nearly $8 million in wiggle room under the tax, the Knicks should be a player at the trade deadline. They’ve also got their core signed through next season, and still have plenty of space under next year’s tax. That means taking on long-term salary shouldn’t be an issue either.

Light the beam! The Kings are good and they are fun. And they have the ability to make moves to make a playoff run more of a reality, as opposed to a dream. Note: that’s playoff run, not a Play-In Tournament run. Sacramento can put together a few midrange contracts belonging to non- and semi-rotation players (Richaun Holmes, Terence Davis, Alex Len) that can get them in the range of a $20 million player. Imagine the Kings with one more wing. Or another big that can play behind and with Domantas Sabonis. Or a guard with some size. Sacramento is fifth in the Western Conference right now. With the right move, they could maintain that, and the assured playoff spot. That would finally break their 16-year playoff drought. And the Kings can do it without even touching the luxury tax. Now is the time to really light that beam in Sacramento!