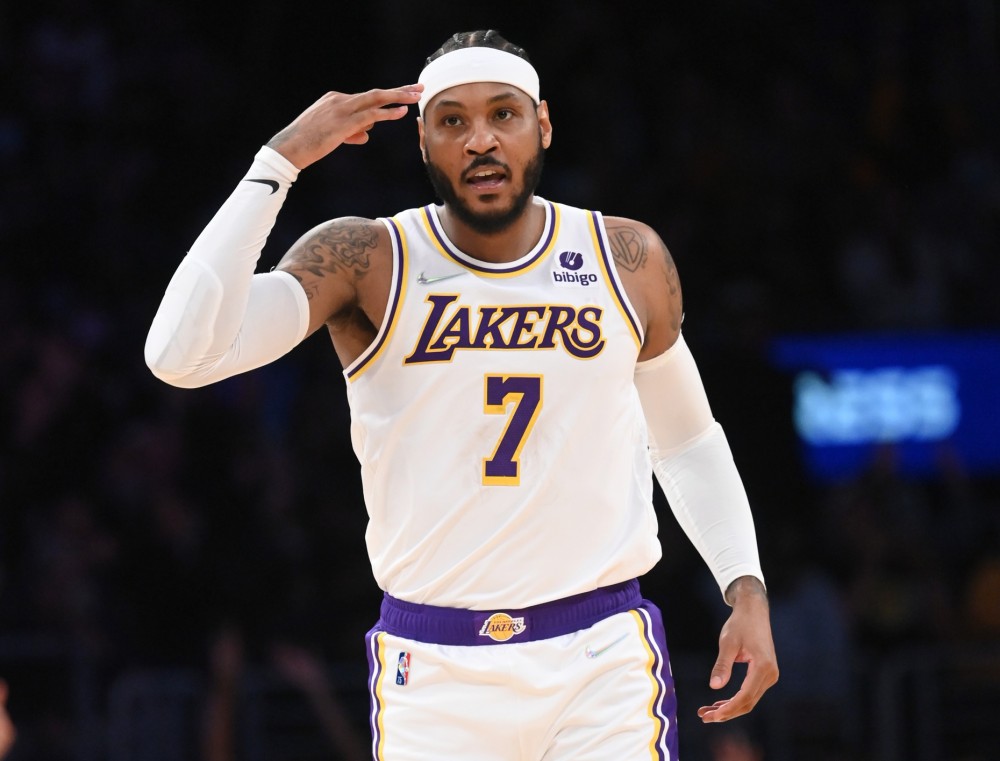 While most of the eyes around the NBA are on the February 9 trade deadline, there are a few dates that take precedence first. The first is Thursday, January 5, which is when teams can sign 10 Day contracts. A 10 Day contract is almost exactly what it sounds like. It’s a contract for the greater of 10 days or three games. It’s a temporary deal designed to give a team a bit of help for a short period.

There are a couple of rules to consider with 10 Day contracts. First, a team must have an open roster spot to sign the player. Unlike last season, when teams were regularly given additional hardship spots due to COVID-related absences, that hasn’t happened this year. Fingers crossed we don’t get there either!

The second rule with a 10 Day contract to be aware of is that teams are limited to signing the same player to only two 10 Day deals. After the second 10 Day is complete, if the team wants to keep that player, they must sign them for the remainder of the season.

Going back to roster spots, here are the teams who can currently sign a player to a 10 Day contract:

*Oklahoma City is eligible to apply for a hardship exception to add a roster spot, as they currently have four players dealing with long-term injuries.

Of the teams with an opening, Miami and Portland are close enough to avoiding the luxury tax, that they could forgo signing anyone for a while. The Warriors, Clippers, Lakers, Sixers and Suns are all tax teams and may want to keep their bills down. Over the years, the advent of Two-Way deals have allowed teams to get the additional help they need while not adding to their salary or tax concerns via a 10 Day signing.

One last thing: NBA contract become fully guaranteed if players aren’t waived by Saturday, January 7. A handful of teams will open up roster spots by waiving players. With buyout season about two months away, those teams could fill those spots with 10 Day players.

With 10 Day season now open, here are some players to keep an eye on to sign a 10 Day deal.

It used to be that an NBA veteran of more than a few years would never sign a 10 Day. Those players wanted full contracts or nothing. In recent years, veterans looking to get back into the league have been far more willing to go the 10 Day route. It’s kind of a prove-it process for them to show they can still play.

It’s a bit odd to see a 19-year veteran leading off this list, but Anthony belongs here. When we last saw him play, Anthony averaged 13.3 points in 26 minutes per game off the Los Angeles Lakers bench. He could use a 10 Day or two to boost his odds of catching on for the rest of the season somewhere.

Cousins showed enough that he could have a backup center spot. He was effective with both the Denver Nuggets and Milwaukee Bucks. The question with Cousins: Will he except a role where he doesn’t play much?

Last season, Thomas used a series of 10 Days to show he could still play before signing with the Charlotte Hornets for the rest of the season. Thomas stays in good shape and could help a team looking for scoring and point guard depth off the bench.

It’s a little shocking Whiteside hasn’t signed somewhere yet. He was very effective on both offense and defense with the Utah Jazz last season. He may need to take a prove-it deal to show he can do that for a team this season.

Most 10 Day deals come as a result of callups from the G League. It’s important to note that unless a player is signed to a standard or Two-Way contract with an NBA team, they are a free agent in NBA terms. That means that even if a player is playing for an NBA team’s G League affiliate, they can be signed by any NBA team.

The point guard showed a bit at Summer League in limited minutes. Since then, Akinjo has popped in the G League. 9.2 assists per game and some good three-point shooting could earn Akinjo a callup when a team needs point guard depth.

Chiozza is a veteran of the G League-to-NBA pipeline. He’s been there done that. The reason why is teams know he’ll produce if they add him. Chiozza plays decent defense, rebounds well for his size (5-foot-11) and is a high-end playmaker. His shooting holds him back, but he’s a callup candidate for playmaking depth.

Clark is another guy who has done the G League-to-NBA path a few times. He’s a solid defender that can hold his own against most wings and forwards. Clark is also showing consistent shooting. He’s worthy of another NBA shot.

Cooper is the equivalent of a 4A guy in Major League Baseball. Too good for the minors, but not quite good enough to stick in the majors. Cooper is using his speed to score a non-NBA deal, league-leading 25.2 points per game in the G League. He’s also upped his playmaking and long-range shooting. He’s another point guard callup candidate.

Dorsey was with the Dallas Mavericks on a Two-Way deal until earlier this month. He’s got overseas offers, but Dorsey is apparently waiting things out with 10 Day season open in the NBA. He’s an overpowering scorer in the G League. If Dorsey can ever translate his G League and overseas shooting to the NBA, he’ll be a standard contract guy.

Credit to Dunn for taking a route a lot of “failed” lottery picks won’t take. Often, those players head overseas or disappear entirely. Dunn has been one of the best all-around players in the G League this season. He’s scoring, passing and defending at a high level. One scout told Spotrac that “Dunn is the best perimeter defender not playing in the NBA.” He’ll get a callup at some point.

Hall was described to Spotrac as “the best shooter in the G League”. At 47.3% on 9.1 three-pointer attempts per game, that’s probably accurate. Hall doesn’t do a whole lot beyond shooting, but a one-skill player is still a callup candidate. Witness Matt Ryan a year ago. He’s turned his shooting into multiple NBA contracts. Hall could be next.

Harrison doesn’t do a lot of scoring, but he’s been great in all other facets of the game. His defense keeps getting him NBA opportunities, and it probably will again. If he could shoot (he’s been an inconsistent throughout his career), Harrison would already be on an NBA roster.

One scout who saw Huff at the G League Showcase told Spotrac: “He’s the best floor-spacing, rim-protecting prospect around that isn’t (Victor Wembanyama).” That’s high praise, but Huff is shooting 36.2% from deep this season, while blocking 3.2 shots a night. That’s a combo NBA teams prize. Huff is probably better than a couple of the deeper bench guys his own parent club the Los Angeles Lakers roll out on a nightly basis. Huff is also only 24 years old and screams classic late-bloomer big man.

Johnson is a four-year NBA vet and he had a stint with San Antonio already this season. He’s the best rebounder on this list. If the three-point shooting and improved finishing inside are real, Johnson could be a good bet to earn a full NBA deal.

It’s been a journey for Porter. He’s been on and off the Memphis Grizzlies roster as he recovered from multiple torn ACLs. He’s finally playing consistent minutes in the G League and producing. Like his brother Michael Jr. with the Nuggets, Porter has stretched out his range. He’s shooting 40% on 6.3 three-point attempts per game. And that’s while providing some rim protection and rebounding. At 23 years old, Porter is someone who should snag a real NBA opportunity.

A scout at the G League showcase told Spotrac “Samanic is finally figuring things out. He’s huge (6-foot-10, but players bigger) and is putting his skill together with his size.” Samanic has always flashed, but he’s now playing consistently good minutes. He’s still a questionable defender, but a team looking for some scoring in their frontcourt should call up the 22-year-old big man.

Unlike what his surname might imply, Scrubb can play. He’s one of the best scorers in the G League, getting his points with a nice mix of inside and outside play. He’s also rebounding more than before and starting to produce defensively sometimes too. At 22 years old and 6-foot-5, Scrubb should get a shot from a team looking for wing scoring.

Simpson had a cup of coffee last season with the Oklahoma City Thunder, but showed a lot in limited minutes. He’s built on that with an outstanding all-around G League season. Always an aggressive scorer, Simpson is showing he can run an offense and make plays for others too. He’s also been competitive on defense, despite his slight build. Teams looking for a point guard could do a lot worse than Simpson.

York has been on the NBA radar for years. He’s been good both in the G League and overseas. York is solid both on- and off-ball. He’s another 4A guy, and a bit older than others on this list. But if a team needs an immediate injection of energy, scoring and some defense, York should be their callup.