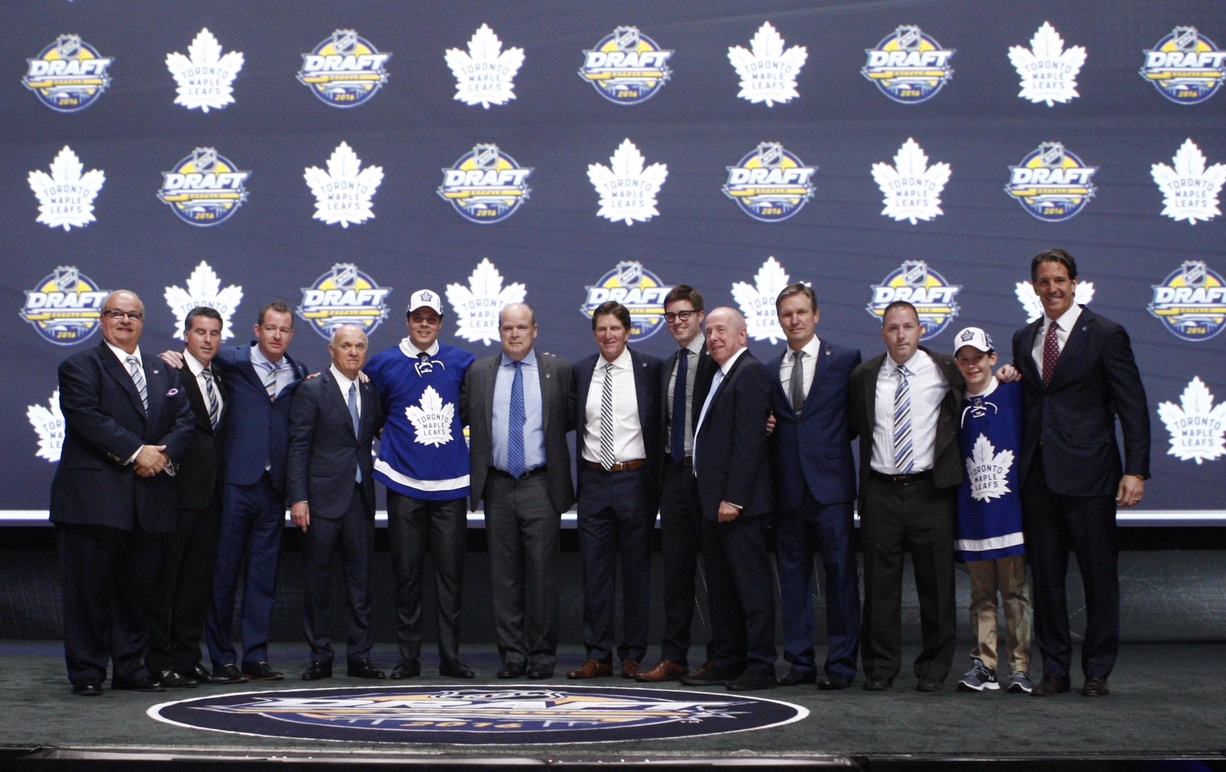 It was certainly no surprise when the Toronto Maple Leafs began the evening by selecting Scottsdale, Arizona's Auston Matthews with the #1 overall pick. What we didn't know is that Matthews would be one of twelve Americans selected on the first night, a new record.

A few notable draft day trades were processed to keep things interesting, including Andrew Shaw (C) being sent from the Blackhawks to the Canadiens for two saturday picks, Pavel Datsyuk's $7.5M cap hit being sent to Arizona (plans to play in Russia next year), and goaltender Ben Elliott shipped from St. Louis to Calgary.

The draft will conclude Saturday with rounds 2-7.

Track all picks and breakdowns