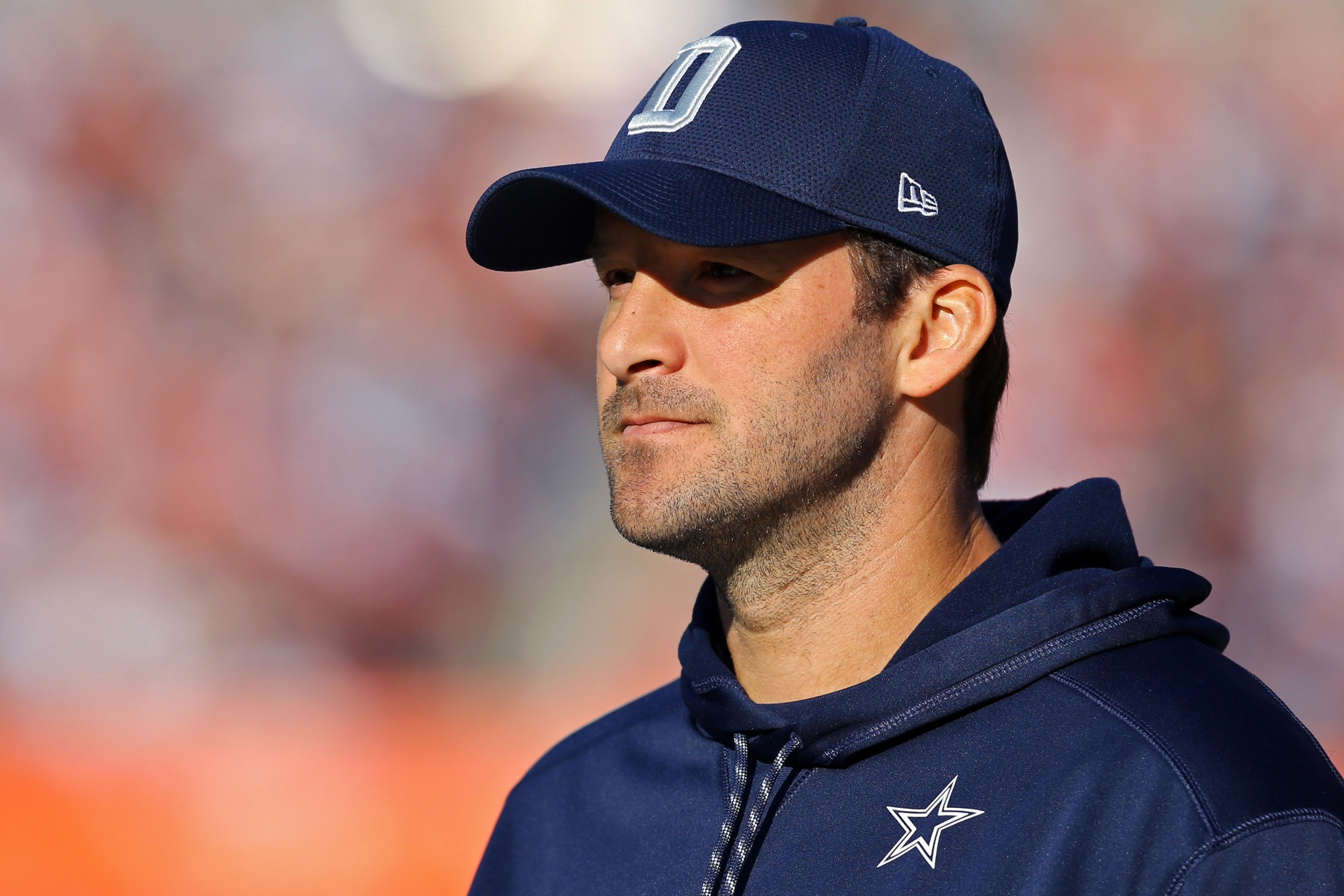 The Cowboys have found themselves in a unique situation with the immediate rise of Dak Prescott to stardom. While it's always a good problem to have "too many good quarterbacks", it does require some legwork in terms of their salary cap management going forward.

So the Cowboys appear poised to move on from Romo this offseason, either by way of trade or outright release. It should be noted that even in the event of a trade, Romo will likely demand a new contract in order to provide him stability in terms of guaranteed money, which the remainder of his current deal does not afford.

The question then becomes, what will it cost Dallas to make these moves, and which of the options is the better move for both sides. We'll dive into the numbers.

Romo's Dead Cap
Tony Romo's contract holds $19.6M in dead cap for the 2017 season, stemming from the remainder of his pro-rated signing bonus, and back to back salary restructures in 2014/2015. In other words, Dallas will be forced to take on this $19.6M regardless of whether they trade or release him.

Trading Romo
Should the Cowboys trade Tony Romo prior to June 1st, they would be responsible for all $19.6M of the dead cap in 2017. It would behoove them to wait until after 6/1 to process this transaction to allow the dead cap to spread out into $10.7M in 2017, and $8.9M in 2018. However, waiting until June to trade Romo hurts his value, as teams will be addressing their QB needs both in March free agency, and in the 2017 draft prior. This is likely the reason you're hearing Romo and his camp requesting an outright release.

Post June 1st Designated Release
By designating Romo a Post-June 1st release, Dallas can spread out the allocation of that dead cap into $10.7M in 2017, and $8.9M in 2018. However Dallas will not have to wait until June 1st to physically release Romo into free agency. They can designate him as a Post June 1st release, which immediately makes him able to sign elsewhere. The catch? The Cowboys will have to keep Romos' full $24.7M cap figure on their books until June 1st, after which the release processes, and his cap turns into $10.7M in 2017, $8.9M in 2018 as described above.

So the question for the Cowboys as they consider these options is how to value the return? Certainly trading Romo (or at least the rights to him, as the contract will likely be ripped up), can bring back a package of players or draft picks that can improve the roster. But unless they decide the $19.6M in total dead cap is acceptable on their 2017 salary cap table, waiting until June to make the trade won't sit well with Romo, who deserves to be processed fairly in this matter.

If savings $8.9M from their 2017 salary cap is worth more to Dallas than a decent return on a trade, then designating Romo a Post June 1st release appears to be the friendliest option for both sides.

One final wrinkle? The Cowboys currently have $175M allocated to their 2017 salary cap table (44 signed players). A figure that already exceeds the projected team cap for next year.