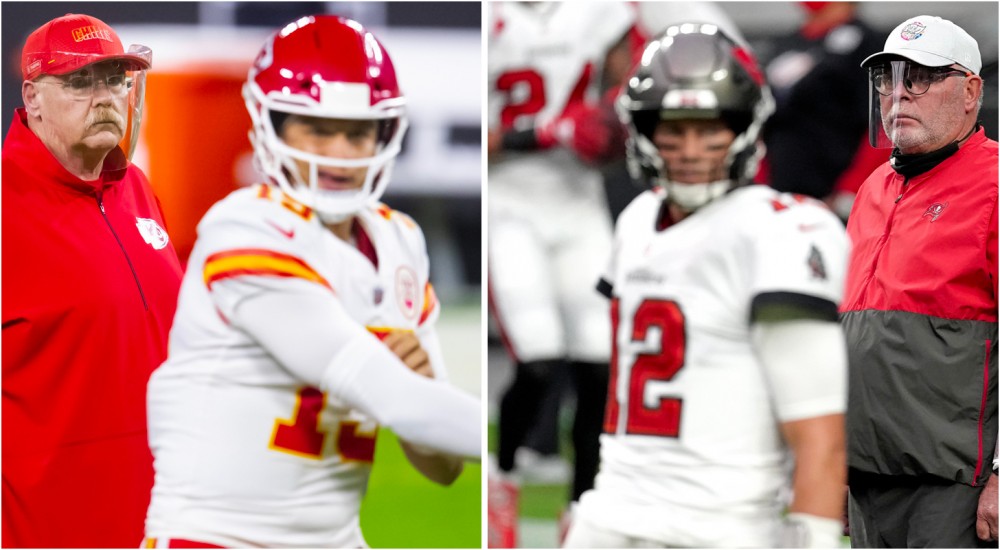 
As per usual, the two teams to make it to the finish line are in the lower third tier of dead cap allocation, with the Bucs an annual contender here due to their lack of signing bonus inclusion in contracts.

A look at how these two teams ranked in terms of active roster cap spending positionally in 2020.

No surprise, but both the Chiefs & Bucs are built as Top 5 offensive spenders, & Top 10 defensively speaking. Neither team "left anything on the table" in terms of putting the absolute best roster forward for this season.

The Chiefs have the most 2020 cap allocated to WRs in the league, while the Bucs (despite having to face the best in the game next week), carry the top allocation at the TE position. Again, these are two Top 5 cap spenders in terms of total active roster. It should also be noted that Patrick Mahomes & Chad Henne currently combine for just $6.9M of cap, good enough for 25th in the league. This is a metric that will change drastically in the next few years, making it significantly more difficult for KC to keep strength and balance in their positional spending.

The Bucs currently hold around $29M of Top 51 cap space for 2021, but it's a bit of a myth. Tampa Bay has just 30 players currently under contract next season, and a strong list of notable players set to hit the open market. The Chiefs sit about $18M in the hole based on the minimum $175M league cap, but there are restructures available to help even things out a bit.

The Chiefs suddenly have a bit of a dire offensive line problem with two key pieces set to hit the market, the return of Laurent Duvernay-Tardif questionable, and LT Eric Fisher suffering an Achilles injury that will require a lengthy recovery. Restructuring Frank Clark, Tyreek Hill, & Travis Kelce’s salaries will free up quite a bit of space, but KC will be limited in how much they can add or retain this offseason.

With only 30 players under contract, and many of their free agents set for big time paydays, it’s going to be a tall order to retain this Super Bowl roster going forward. Extensions for Donovan Smith, JPP, & even Brady could clear a good amount of cap, while star DT Vita Vea will likely also be in for a raise this offseason.

Calculated Market Value: $17M
Most teams would likely opt not to pay their #2 receiver near #1 money, but this is a special window for this Bucs team, and it's impossible to imagine GM Jason Licht allowing Godwin to leave, unless Tom Brady signs off on it. The franchise tag for WRs is projected to drop down into the mid $15Ms for 2021, making it a real possibility for this situation.

Calculated Market Value: $13M
Mathieu is under contract currently through 2021, but his cap hit soars to $19.7M. He's too vital to move on from, so a restructured extension is very likely here. His current $14M AAV has only been surpassed by $750,000 (Budda Baker) since first signing with KC back in March of 2019. Though his calculated value says $13M, it's hard to question why Tyrann can't lock in $15M for the next 3 seasons.

Calculated Market Value: $13M
David has been with the Bucs since 2012, suffering through a lot of bad times with the organization. His value not only to the locker room, but alongside stud LB Devin White can't be overstated. While the Bobby Wagner's of the world are cashing in $18M per year extensions, David will most likely need to take a bit of a discount to stay in the fold, as he calculates in the $13M per year range.

Calculated Market Value: $28.6M
Brady's numbers certainly aren't popping off the page as a total package, but the ageless GOAT was Top 5 in TD Passes & Passing Yards in 2020. If there are weapons, Brady can win ballgames. His $27.8M cap figure for 2021 isn't outrageous, but as he's done so many times before in New England, a simple restructured extension to lower that figure not only makes sense for the Bucs next year, but also aligns him with the opportunity to play football at age 45. 2 years, $60M should get it done?

Calculated Market Value: $18.5M
Yes, he just suffered an awful Achilles injury, but the Pro Bowl left tackle is just 30 years old. Packers' LT David Bakhtiari will be 30 this coming season, and just locked in $92M over 4 years. Fisher's been more of a Top 15 OT than a Top 5 one of late, so a price around $18M for 3-4 seasons makes sense, and will help lower his current $15.1M cap hit for 2021.