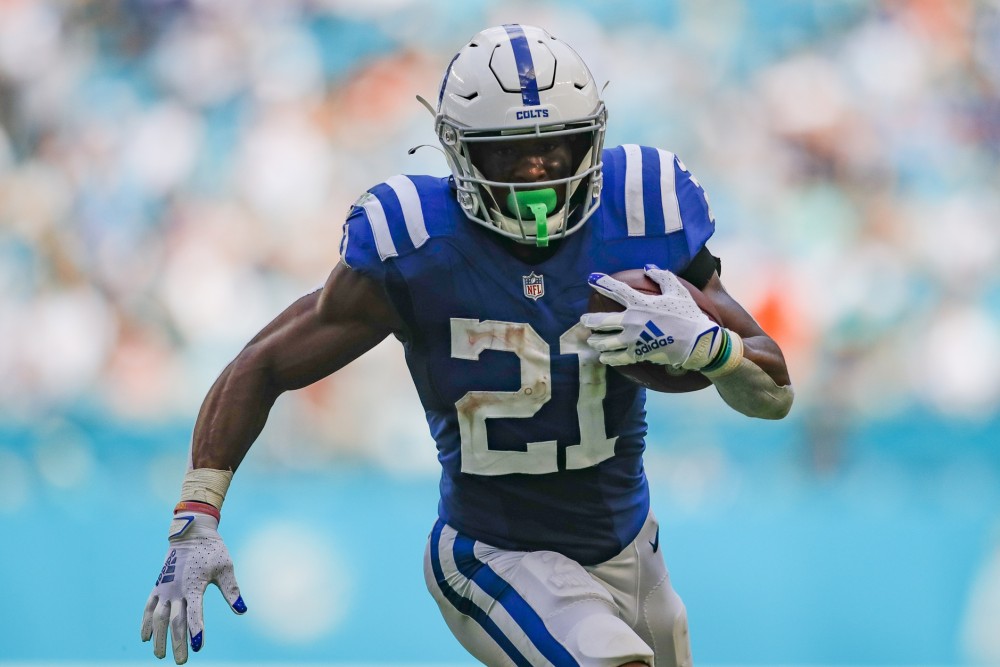 The 2022 NFL trade deadline day gave us 10 trades, many with huge implications for the remainder of the season. Since October 10th, 18 trades were processed in total. We'll detail all of them here, including the financial ramifications that occurred this season, and a quick look into the future for each.

Anderson had his request to leave Carolina granted in mid-October, when he was shipped to Arizona to become their 4th WR option. He’s a minimum salary rental through 2022, with $12M of compensation built into 2023, that includes a $3M roster bonus due in early March.

The Chiefs needed to clear some cap space for their stretch run (potentially to add a street free agent), and they freed up over $1.4M in making this move. Fenton posted average numbers in 5 games thus far, but had a strong showing last season in a depth role for the Chiefs. The high(ish) salary kept this trade from including a higher than 7th round pick.

Chicago picked up two picks and a plug in LB (Klein) in shipping the captain of their defense to the Ravens. They also picked up the remainder of his 2022 salary, minus the required minimum ($575,000). This feels like more than a rental move for Baltimore, but with Lamar Jackson destined for their franchise tag next February, extension negotiations will need to ramp up. We project Smith to a 5 year, $90M contract currently, slightly below the top of the market for an off-ball linebacker.

Hines leaves a mess of a Colts offense to become another toy for Josh Allen to play with - and a useful one at that. His contract runs non-guaranteed through 2024, so the Bills can treat this as a rental and put him back on the trade block next March, or keep him in the fold for 2023+ with Devin Singletary heading to the open market.

Marlowe returns to the Bills and could prove extremely important as the team awaits injury news on safety Jordan Poyer. This was a sneaky good last minute move from Brandon Beane - even if Marlowe ends up with limited playing time down the stretch.

Not the team many (any) had Claypool heading to - but certainly a team that needed a WR upgrade. The Bears shipped off what currently projects to be the #43 pick next year to bring in the inconsistent WR, who’s non-guaranteed at $2.1M from now through 2023.

Klein was tossed into the Roquan Smith move, giving the Bears an experienced LB to utilize for the remainder of 2022. There’s an outside chance he’s retained next March to play the same role with what should remain a very young Chicago roster.

The Falcons swapped late round picks with Cleveland to get Jones off of their roster. In turn, the Browns agreed to chop off the remaining year on his contract, setting him up for the open market next March.

The Cowboys gave up a 6th round pick early in this deadline window to shore up their defensive line. Hankins has slotted in as a starting DT since joining the team, and is playing out an expiring contract.

The Jets had a surplus on their defensive line/edge, and did well to secure a decent draft pick down the road here (while also shedding $3.8M of 2023 cap space in the process). Denver gets another body to pair with Randy Gregory for the next season or so.

Kind of a sneaky move lost in translation as it was built into the Bradley Chubb blockbuster, but there’s certainly a need for Edmonds right now in Denver, and his $6M salary (especially if restructured) could be in play next season with Melvin Gordon expected to hit the open market.

Moss was given a few chances to take over the reins in Buffalo, but it never took. The Colts get a low-risk, low-cost body to throw behind Jonathan Taylor, with potential upside for a year and a half. Buffalo needed to include Moss in order to free up enough cap space to take on the Hines’ contract.

Ridley remains suspended through the 2022 season, but his $11.1M 5th-year option tolled to 2023. Jacksonville will get a chance to add Ridley to the Christian Kirk experience, bolstering the weapons for Trevor Lawrence in what is shaping up to be a very important “must-know” season for the Jags. There are a bunch of conditions built in, but it seems most likely that the Falcons will secure a 2023 5th & 2024 3rd round pick with this move.

Toney was the youngest player traded at this deadline. He brings a 2 ½ years, $5.2M fully guaranteed contract with him that also includes a 5th-year option in 2025. If he’s going to work in any offense - this one has the best chance.

Chubb immediately bolsters a Dolphins’ pass rush that needs to slow down Allen, Mahomes, & Jackson if Miami is going to truly compete in the AFC. The trade compensation largely suggests that a long-term extension is forthcoming. Our values place him at 5 years, $90M currently ($10M below the top of the edge rusher market).

Wilson should slot in between Mostert and Gaskin for the remainder of 2022, the final year of his contract. He projects to a $3M deal next March.

Hockenson had a few serious breakout weeks with the Lions in 2022, but the team continues to slide backwards into what looks like another major offensive rebuild. No need to keep a high-paid TE around if that’s the plan. The Vikings should benefit greatly from this move, despite $10M fully guaranteed through 2023.

Robinson was brought over to quickly replace the injured Breece Hall, but could be retained in 2023 on a restricted tender. He’s cheap regardless, even if the compensation ends up being a 5th rounder back to Jacksonville.

The Bears retained an enormous amount of salary ($7.1M) in order to purchase a 4th round pick from the Eagles. Philly agreed to axe the remainder of this deal per the trade, so he’ll hit the open market again next March (barring an extension)

The Steelers took a low risk flier on Jackson, who shined during his rookie contract at Cincinnati, but never found footing in Washington - despite a $27M payout. Pittsburgh owes him $2.7M + per game roster bonuses the rest of 2022, then hold a $12.75M decision next March.

Remember this one? McCaffrey’s contract holds $36.2M through the 2025 season, but it’s a year to year status with no early guarantees built in. With that said, after seeing he and the Niners together for two weeks, the $12M salary next season might be a value play.