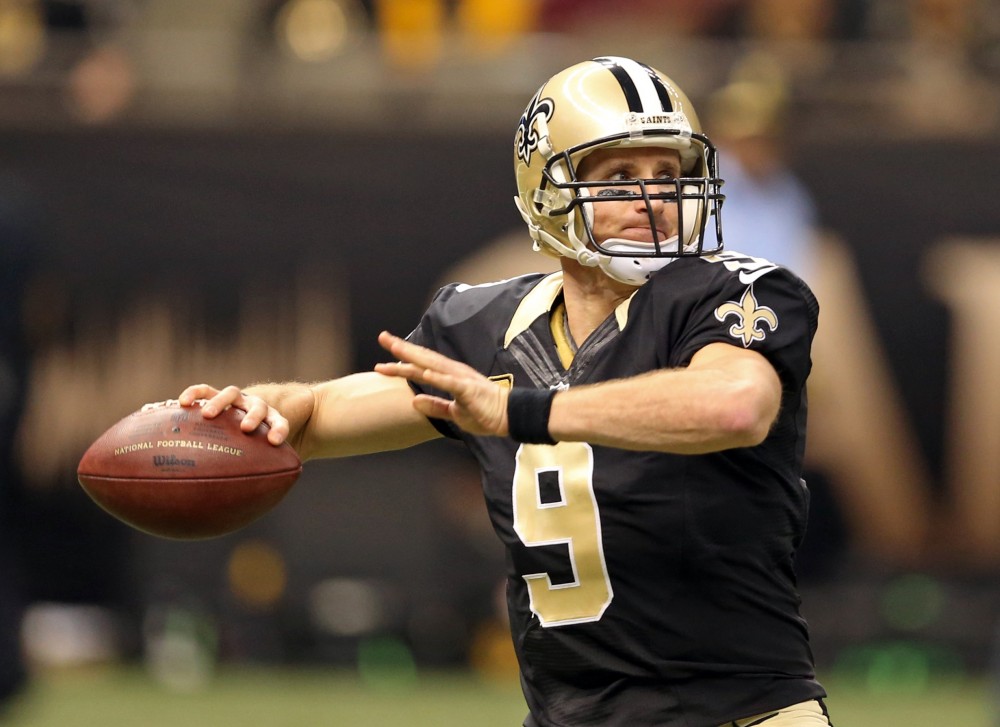 As Andrew Brandt has been known to say a few times a year "deadlines spur action". Drew Brees and his agent (Tom Condon) gave the Saints until the start of Week 1 to come together with an agreeable extension for the 37 year old future Hall of Famer, and they did just that - with a few days to spare.

The Saints signed Brees to a 1 year $24.25M extension on Wednesday, combining for $44.25M cash over 2016 & 2017 - all 100% guaranteed. The deal comes in the form of a $30M signing bonus, a $1M salary and already earned $250,000 workout bonus this year and a $13M salary next year. In essence, what the Saints have done here is signed Brees to a cheaper version of next year's QB Franchise Tag - with added protection (Brees carries a no trade clause, and cannot be franchise tagged in 2018 per language in his new contract).

How Does it Rank


Voidable Years
Structurally the Saints got a bit creative, tacking on three extra years to the contract for matters of spread out the cap hits of the signing bonus. By doing this, the $30M bonus only counts as $6M in allocation cap per season. The contract itself will void after the 2017 season (most likely 5 days after the Super Bowl), making Brees eligible for free agency prior to the 2018 league year. In doing so, this leaves the Saints with a not-so-friendly $18M dead cap hit (the three remaining years of signing bonus allocation). This $18M will hit their 2018 salary cap all at once.


Going Forward
Drew Brees will be 39 by the time this contract voids, so it's not a guarantee that he'll see another contract past this one. But if he's producing at a starting QB level still, it would behoove the Saints to extend him prior to the voiding of this current contract. By doing so, the Saints can keep the $6M in signing bonus allocation in each year - those allocations simply transfer into the new deal. This not only keeps their QB under contract, but avoids that $18M dead cap hit all at once.