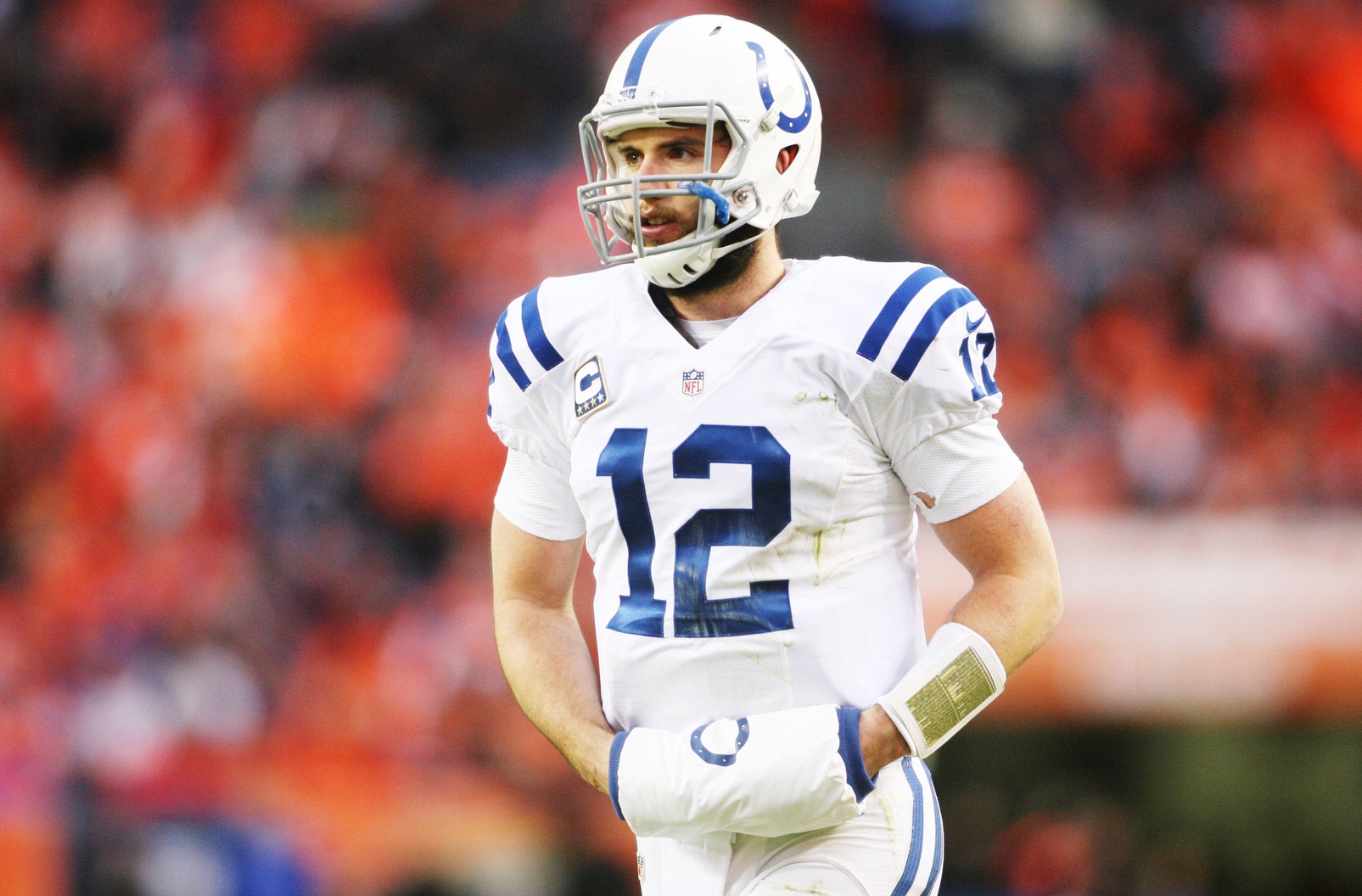 As rumors build that the Panthers are indeed nearing an extension with Cam Newton, the focus somewhat switches to the other former first round overall selection, Colts QB Andrew Luck. Luck took the reigns from Manning almost without a hiccup, immediately becoming the leader and face of the franchise, while taking the Colts deep into the postseason in each of the past 2 seasons. We'll take a look at the current value of Luck as it compares to other young quarterbacks who've recently signed their extensions, formulating a forecast for what his new money might look like.

Note: It should be noted that there have been no reports of the Colts and Luck negotiating a deal at this point in time. Luck carries a fully guaranteed $3.4M salary in 2015, and a $16.155M 5th-year option in 2016.

Comparable Quarterbacks
To generate a prediction the Spotrac team determined that the following quarterbacks were viable targets to use in comparing with Luck. The key was to locate players with similar numbers, who signed their second contract around Luck's current age (25). Here's a look at the new money for each extension signed by each. To determine a more likely starting point for our numbers, we'll perform a linear regression of each contract breakdown listed below.
At 26 years old, Luck is currently of age with all variables QBs with the exception of Ryan. We'll adjust Ryan's contract as if he had signed it at the age of 26 to provide a better scope for our base prediction.

Luck is well ahead of our variable averages in terms of rushing out of the pocket. It's clearly a weapon that should be factored into his overall value at this point of his career, and we'll include these percentages into our forecast below.

Length of the Contract
At just 25 years old, and further instantiating himself as one of the elite quarterbacks in the game, it's likely that the Colts look to extend Luck at least through the age of 30 for now. As most of the recent quarterback extensions are adding 5 new years on, we'll follow suit here.

Value of the Contract
In terms of mathematics, and in the general role of the quarterback position across the league, it doesn't make sense to weigh the passing analysis and the rushing analysis evenly. With that being said, we'll apply our prime pecentages at a 70/30 ratio between the two categories respectively. This means we'll assess Luck at a + 22.61% Average Prime Percentage, and a +12.34% Median Prime Percantage. Our initial base contract provided an average salary of more than $18.4M per year, a figure that would place him 7th among active quarterbacks. When factoring this with our Prime Figures:


Final Thoughts
This deal isn't if - it's when. It's also a given at this point that Luck's camp will be pressing to make him the highest average paid QB in the game (though this generally means little in the grand scheme of things). The number to watch for as this negotiation begins will be the guaranteed dollars, and at this point - the sky is the limit for Andrew Luck. He's been durable, reliable, consistent, increasingly productive, and a winner. A recipe for disaster when it comes to "team leverage" on the business side. Cam Newton's upcoming deal could press the $50M guaranteed mark, especially after Ryan Tannehill garnered $45M in possible guarantees recently. Luck will almost certainly cross both of these thresholds, and rightfully so.

Based on calculations, our current new-money value for Andrew Lucks' forthcoming extension is:
Spotrac's Prediction: 5 years, $113,200,000
Average annual salary $22,640,000, estimated $53,200,000 guaranteed
Follow Spotrac on Twitter, and keep up with even more on Facebook.