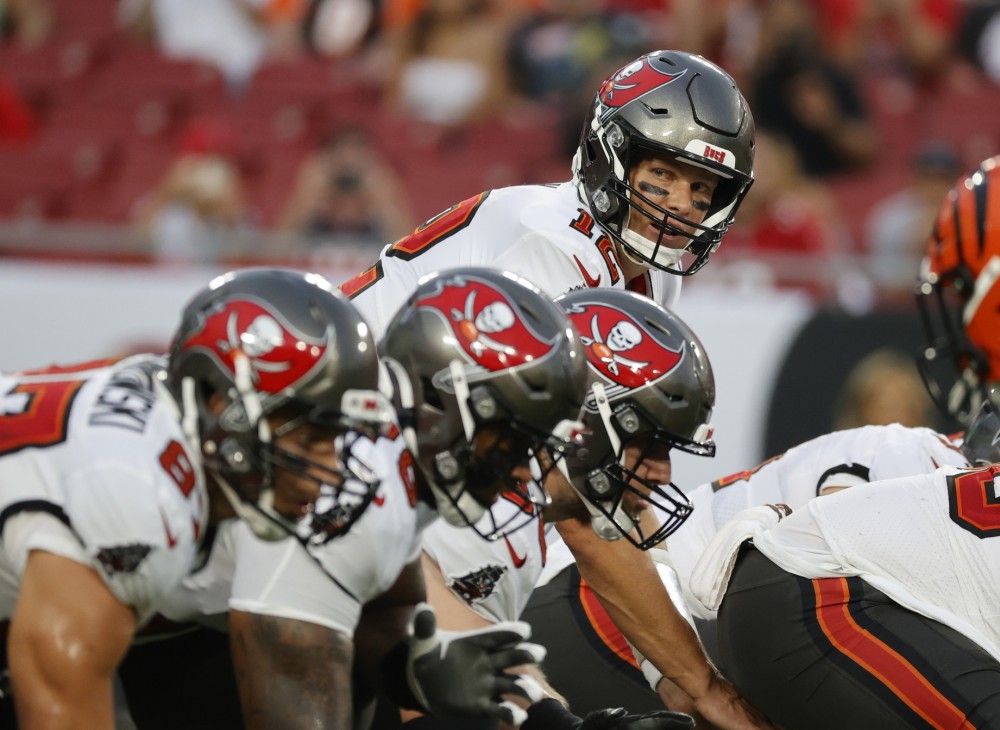 As week 1 nears, and offseason contracts are finalized, our look at a potential Best Value team for the upcoming 2021 NFL season. For each position group, we’ll select one player on a veteran contract, and one player on a rookie contract. NOTE: All figures shown are the current average salary of each player’s contract (AAV).

Brady's restructure didn't change his AAV, and his age hasn't changed his ability to produce at a high level. Lamar Jackson might be a $44M player by the time this posts, but until then, he holds the best value in that age bracket.
Veteran: Tom Brady, TB, $25M (15th)
Rookie: Lamar Jackson, BAL, $2.3M (47th)

When healthy, Chris Carson has been one of the more underrated options out of the backfield, but his newly signed extension in Seattle barely cracks the Top 15 financially. Montgomery finally gave the Bears something to smile about in 2020, and he could be in for a major breakout season ahead.
Veteran: Chris Carson, SEA, $5.2M (15th)
Rookie: David Montgomery, CHI, $1M (81st)

Darren Waller should always be in the conversation of "value", but with Zach Ertz's place in Philly highly questionable, it seems reasonable to assume that the talented Goedert could take a huge step in 2021. Andrews is entering a contract year and could be seeing a franchise tag in his future.
Veteran: Darren Waller, LV, $7.45M (11th)
Rookie: Dallas Goedert, PHI, $1.4M (50th)

Many of the top-ranked OTs (left and right) locked in new deals this spring, but the Saints did more subtracting than adding. Armstead is still very highly regarded at 30, and is entering a contract year in 2021. The 49ers have good things happening on both offensive and defensive lines, but it will soon cost them a pretty penny.
Veteran: Terron Armstead, NO, $13M (20th)
Rookie: Mike McGlinchey, SF, $4.5M (44th)

The guard market has soared of late, and Quenton Nelson has yet to be factored in. There's a $20M interior lineman contract in our very near future. Meanwhile, the Browns have value all over their roster.
Veteran: Joel Bitonio, CLE, $8.5M (13th)
Rookie: Quenton Nelson, IND, $5.9M (19th)

Frank Ragnow pushed the center market to $13.5M this spring, so Tennessee getting Ben Jones at less than half that is excellent value. The Chiefs spent plenty of capital on upgrading their OL this offseason, but will likely turn to the youngster in the center of it.
Veteran: Ben Jones, TEN, $6.75M (15th)
Rookie: Creed Humphrey, KC, $1.4M (27th)

Shelby Harris has found his way on our best value lists for two straight years now. He's underrated, and should have a real chance to sign with Von Miller & Bradley Chubb operating on each side of him. Vita Vea will be the next Buc up for a major extension, likely in 2022.
Veteran: Shelby Harris, DEN, $9M (40nd)
Rookie: Vita Vea,TB, $3.7M (88th)

T.J. Watt could be a $30M per year player by the time this posts, as the Steelers and he have been at a bit of a standoff through the summer. Chase Young becomes the next man up here in that scenario. Jerry Hughes could be in the right spot at the right time this year, with the Bills getting reinforcements back on their DL, adding a monstrous rookie in Greg Rousseau, all of which could free up the experienced vet to have a bounceback year from a production standpoint.
Veteran: Jerry Hughes, BUF, $10.75M (36th)
Rookie: T.J. Watt, PIT, $2.3M (112th)

Fred Warner & Darius Leonard added more noise to the top of these rankings, but there are still plenty of great LBs rostered at $10M or less. Smith won't be one of them for too much longer.
Veteran: Eric Kendricks, MIN, $10M (28th)
Rookie: Roquan Smith, CHI, $4.6M (51st)

It's getting tougher and tougher to find a true CB1, and when teams do, they aren't waiting to pay them big bucks. With that said, Bradberry was one of the better free agent signings last March, and Alexander has a chance to surpass Jalen Ramsey's $20M mark in the coming months.
Veteran: James Bradberry, NYG, $14.5M (7th)
Rookie: Jaire Alexander, GB, $3M (56th)

John Johnson probably should be making $14M on a bad team, but he settled for less to join an already stout Browns defense this spring. Jessie Bates remains one of the more under-valued players in the game, but his soon-to-be extension likely won't be.
Veteran: John Johnson, CLE, $11.25M (8th)
Rookie: Jessie Bates, CIN, $1.2M (67th)

Johnny Hekker's been the face of this position both on the field and in terms of pay, but even his job has a question mark this year with LAR bringing in Corey Bojorquez to compete. The Pats used a 5th round pick to take Jake Bailey in 2019, and he seems to be a long-temr option.
Veteran: Logan Cooke, JAX, $3M (6th)
Rookie: Jake Bailey, NE, $702k (34th)