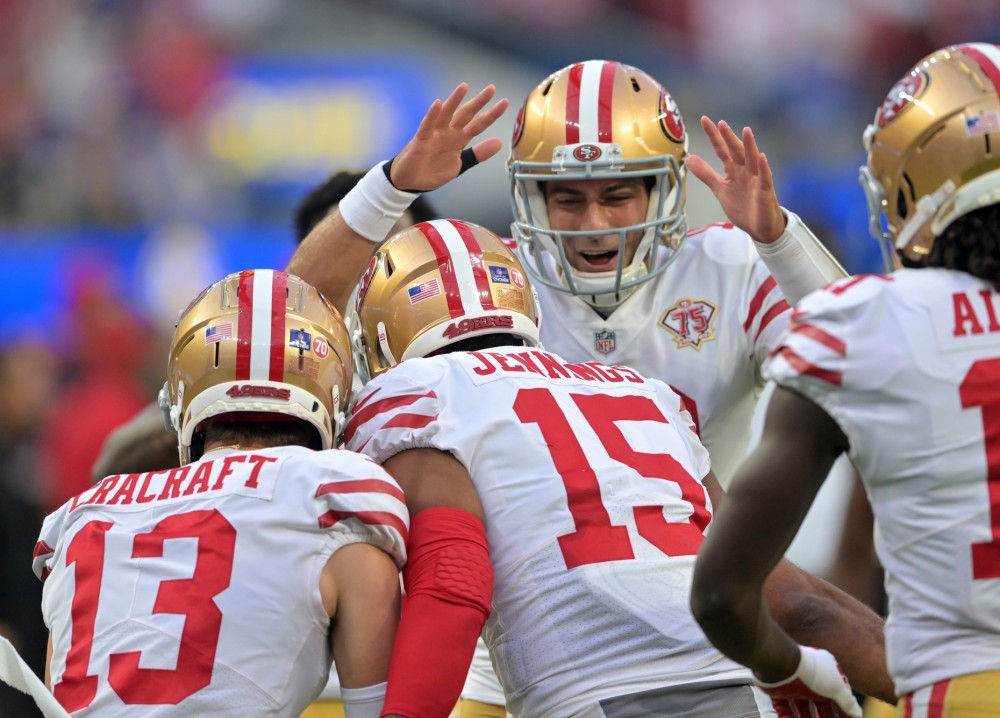 Is Kyler Murray Ready to be Paid?
He’s gotten better every year statistically speaking, but he and the Cardinals have floundered down the stretch two seasons in a row. Kyler Murray is extension eligible for the first time now, and carries a $43M valuation in our system, projecting to a 6 year, $260M extension.

Is Tremaine Edmunds a 2nd-Contract Player?
The advanced metrics have never been on Edmunds’ side, and in many cases - either has the eye test. But Edmunds has a chance to be a focal point in this postseason run for the Bills, starting immediately with a chance to shut down a strong Patriots run game Saturday night. The AFC playoff teams are full of good running backs and talented tight ends - meaning Edmunds will need to be a factor for the BIlls to remain alive. His $12.1M option year in 2022 is fully guaranteed.

Did Cincy Roster A Deep Enough Offensive Line?
We only need to look back one season to understand just how important the depth of an O-Line is at this time of year (Chiefs), and there’s no question that the Bengals improved in this regard in 2021. The Bengals possessed the 31st ranked O-Line in 2020 according to Football Outsiders, but improved that standing up to 15th in 2021. The current starting line is comprised of a 1st round pick (LT), a UDFA (LG), a UDFA C a 6th round pick (RG), a 6th round pick (RT).

Is Cedrick Wilson the 2022 WR3?
With Michael Gallup now injured and slated for free agency, it stands to reason that his tenure in Dallas has come to an end. In his absence, Cedrick Wilson (also slated for free agency) has picked up the pieces and then some. If he remains a factor throughout the postseason, will Dallas be conditioned to bring him back on a small extension for 2022+? Wilson carries a $6.5M valuation in our system currently.

Can $75M Per Year Keep This Train on the Tracks?
The Packers went from offseason disaster to NFC #1 seed in a matter of weeks. After a forgettable opening week loss against the Saints, Rodgers & Co. have barely looked back across the next 17 weeks. With star WR Davante Adams on an expiring contract (and destined for a $20M tag), and Aaron Rodgers’ contract in need of some form of change (restructured extension, trade), can the Packers throw enough money at these two players in March to keep this band together for another window of contention? Adams projects to a 5 year, $130M extension, while Rodgers currently sits at 3 years, $140M.

How Expensive Will Patrick Mahomes’ Blindside Be?
Part of the Chiefs’ master plan to return to the Super Bowl in 2021 was to add heavily to an offensive line that failed them last January. That began with the acquisition of OT Orlando Brown Jr. from the Ravens for a bounty of draft picks to go along with the massive free agent signing of LG Joe Thuney. Brown brought over a more than tenable $3.3M salary for the 2021 season, but that value is coming to a head in the next few weeks, as the 25 year old currently projects to a historic 5 year, $116.5M extension.

Is Derek Carr Playing His Final Week(s) as a Raider?
Carr’s contract contains a non-guaranteed 1 year, $19.8M left on it, while QB2 Marcus Mariota is slated for free agency this March. It’s safe to assume that a few QB-needy teams will show interest in acquiring Carr if the Raiders even dangle the opportunity out there. This includes the Seattle Seahawks, who may be forced to move on from Russell Wilson, and would likely be very interested in bringing back a ready-made QB to drop into an offense full of weapons. The more likely outcome is that Vegas simply extends their current QB1, to the tune of 5 years, $175M

Is Matthew Stafford One and Done?
No, but contractually speaking there’s a ridiculously easy out after this season. It stands to reason that he’s done enough to have earned a sizable extension with the Rams, if for no other reason than the ridiculous compatibility he’s found with the WR1. Stafford’s current contract has 1 year, $23M remaining, and the 33 year old projects to a 4 year, $170M extension in our system.

Will the Patriots Continue to Pay?
The Patriots’ 2021 offseason spending spree has been celebrated into saturation at this point, but the fact of the matter is - they’ll need to do a smaller version of it again to remain relevant in the division. Star cornerback JC Jackson is slated for free agency (and likely a tag) this offseason, as is RT Trent Brown, LB Donta Hightower, K Nick Folk, & S Devin McCourty - to name a few. It’s feasible that some of these spots can be replaced by previous or future draft selections, keeping finances at bay, but New England will need to spend more than they’ve been accustomed to in recent years to stay on this current path.

Playing With House Money
The Eagles probably don’t belong in the same conversation with the majority of these playoff teams in terms of contention, but the fact that they scratched and clawed their way into this position sets them up for so many opportunities this offseason. Now they possess the best draft capital in the league, a dynamic QB1 who holds trade value if a veteran star shows interest in coming to town, a QB2 who holds trade value (likely better than the 6th round pick that was given up to acquire him), a 3-headed rushing attack that will take pressure off the QB, a young, financially locked in offensive line (minus Jason Kelce), and now a playoff berth to promote come free agency. A season that was designed to be the “purge” year in terms of dead cap and financial health, miraculously turned into one with winning as well.

Then What?
The Steelers admittedly don’t belong here. But they’re here, based largely on a run game, and well allocated defensive superstars. Fortunately, that qualifies as a pretty decent recipe for a “rebuild on the fly”, assuming they can immediately address the glaring hole at QB1, and the mish-mosh that is their WR core (D. Johnson, J. Smith-Schuster, J. Washington pending free agents, Claypool nearly invisible). This feels Minshewy.

Jimmy Garoppolo’s Winning Problem
We’ve been down this road before: The 49ers have a QB problem, except that QB when healthy continues to win ball games - just not in the manner in which the 49ers would prefer to win ball games. We’re headed toward a defining moment in San Francisco’s future. The decision can be very easily made if Garoppolo throws 3 passes to Trevon Diggs Sunday, but recent history sides with the 49ers in these type of matchups. Another lengthy postseason run puts the Trey Lance project on hold - at least momentarily. Jimmy G has a non-guaranteed 1 year, $25.6M left on his contract through 2022.

Sleeping Giants?
Brady’s done much more with much less offensively speaking, and yet the Buccaneers are hardly being mentioned in the NFL Postseason projections. Maybe there’s fatigue (or doubt) stemming from the Antonio Brown circus, or maybe they’re simply being overlooked as legitimate repeat candidates. Leonard Fournette is the best he’s ever been (and playing for a contract). Gronk has a decade of experience in these types of settings (and playing for a contract), and the return of Shaq Barrett and Carlton Davis to the defense should become instant upgrades in that regard. There are worse ways to spend your gambling dollars this week.

A.J. Brown’s Big Contract
When you look at the first three years of stats for Brown across the board, they seem underwhelming (with the exception of 11 TDs in 2020), but Brown has more than passed the eye test in a number of weeks in his young career. It’s simply a matter of keeping him healthy and the on field, and if Tennessee feels they can live with a few weeks missed throughout a season, then the time to pony up may be this offseason. Limited total production keeps his calculated value down around $18M per year, but it’s hard to imagine Brown not jumping into the $20M per year pool based on his potential.