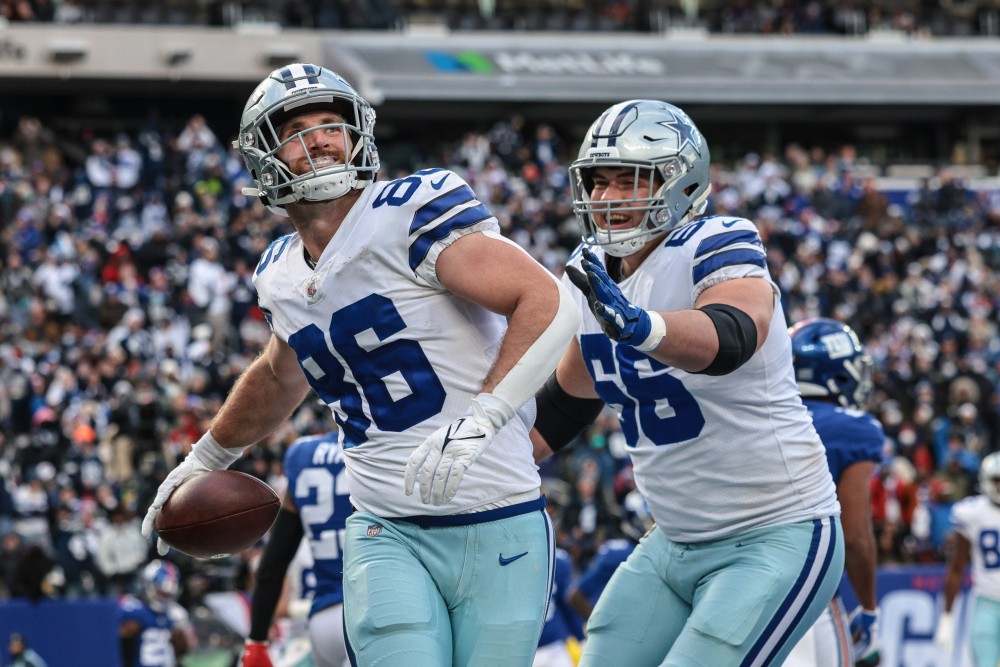 With the July 15th deadline for teams to extend their tagged players approaching, we’ll assess where things stand with each, including projected multi-year contracts for those still in need.

The Jaguars left tackle was offered a second franchise in February that valued at $16.6M. Jacksonville bumped that out to 3 years, $54M in April, dropping the 2022 cap hit by $9M, while increasing his cash this year up to $17.75M. It’s a 2 year, $35M contract practically speaking.

Still on the Tag

The Cowboys and their tight end remain far apart on a multi-year extension, putting Schultz in line to play out the $10.9M franchise tag he signed in March. The 25-year-old projects to a 4 year, $58M contract in our system, which would make him the 2nd highest average paid tight end in football.

Like Schultz, Gesicki may be asked to play out 2022 on the $10.9M tag, as the Dolphins have pumped over $500M in new contracts to their roster. With a cap set to soar in 2023, and Gesicki now surrounded by a lot of offensive talent, playing the long game could very much benefit him financially, though he already projects to a 4 year, $57M deal in our system currently.

The Chiefs gave up a lot of draft capital in 2021 to acquire their new left tackle, but there doesn’t appear to be too much rush in locking him in long-term this summer. The two sides have been negotiating, but anything below a $100M over 5 years likely isn’t even worth talking about here. Brown projects to a 5 year, $112M contract in our system. There’s a growing sense that he’ll play 2022 on the $16.6M franchise tag.

Of all the unsigned franchise tag players on this list, Bates seems the least likely to find a worthy extension offer over the next two weeks. The safety market took a big step forward with deals of $17.6M per year for Jamal Adams, & $18.4M per year to Minkah Fitzpatrick. Bates projects around the $16M mark, putting him in line for 5 years, $80M. The $12.9M safety tag is certainly tenable for Cincinnati from a cap/cash standpoint, but with so many rookie deals dispersed across the roster, it should be a priority to lock in their All-Pro defensive back.