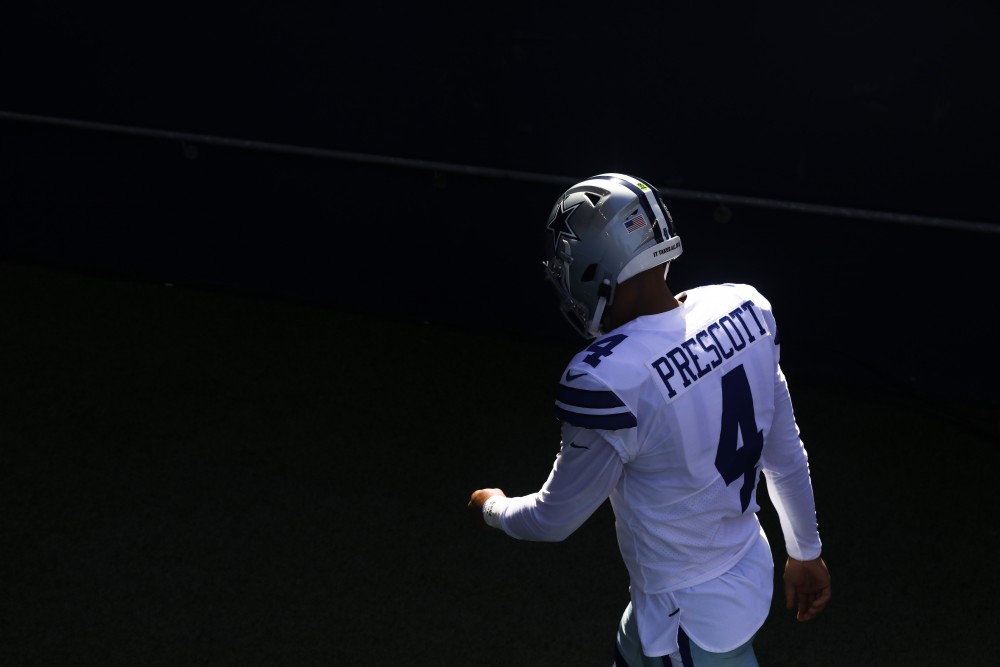 As the NFL officially flips into offseason mode, the first order of business for many teams will be eyeing up extensions for their own. Along that line of thinking, the window to designate players with franchise or transition tag should be opening up in the next few weeks (projected February 23 - March 9). We'll take a quick look at a few players who could be inline for a tag this winter, including the projected cost to do so, and our thoughts with it going forward.

The Cardinals declined a $10M option for 2021 last spring, motivating Reddick to post a career year thereafter. He now joins Judon, Dupree, & Barrett as one of the better young pass rushers to potentially hit the open market. Arizona has room to keep him around, and a tag might be the best way to do so.

The Ravens acquired Ngakoue from Minnestoa at the deadline for two mid-round picks, and he posted almost identical numbers to his 2019 campaign in Jacksonville (8 sacks, 4 forced fumbles). His tag comes in about $5M less than Matt Judon’s, putting him as the favorite to be kept around at least for the short-term.

Judon played only 60% of the Ravens’ defensive snaps in 2020, but still posted 6 sacks and 50 tackles. With a tag and extension valuation up around the $20M marks, it seems likely he walks into the open market this spring where it’s been a bit of a rough go for players like this of late.

It’s likely the Bills address the right side of their O-Line early on in the draft, but keeping Williams in the fold also makes a lot of sense. Buffalo can probably lock in a multi-year deal at well under $10M per year, so a near $14M tag is a stretch, but there’s a world where Williams is considered the best available right tackle on the open market, driving his price tag up.

Jack Conklin’s $14M per year free agent contract with the Browns last offseason becomes the new floor for Taylor Moton in 2021, so a near $14M franchise tag is probably a good place to start if the Panthers are interested in keeping him around. With so many holes to fill defensively, this seems highly likely.

Robinson’s tag value actually exceeds the standard WR figure because he earned $15M in 2020 with the Bears. There will be a bevy of teams hoping to bring him in this offseason, so if Chicago wants to retain him, they’ll need to swing big with an offer (4 years, $84M ish), or at the very least, slap a tag on him as a placeholder. This is a potential tag & trade candidate.

There’s been no discussion of long-term negotiations kicking back up between Dak & Dallas, so the assumption is that a second tag designation is forthcoming. Keeping him at a $37M+ cap figure in a down cap year will be difficult, and it’s a long shot that Dak would even sign this tag in the first place, as he now holds nearly 100% leverage in this negotiation. He’ll be inline to follow whatever deal Baker Mayfield locks in with Cleveland this offseason.

Simmons has the resume to become the next highest average paid safety in football (until Jamal Adams signs in SEA), but before that gets done, it’s highly likely that a second franchise tag is headed his way. At $13.7M, this is still a bargain for Simmons, who will be eyeing $15M+ per year on a multi-year contract.

Golladay had put together nice production across 2018-2019, with 11 TDs scored in the latter, but an injury held him down to just 5 games played in 2020. Still, Detroit will be anxious to keep a few weapons around for new QB Jared Goff, so slapping a 1-year, show me tag on the 27 year old could be in play.

There may be no better value in the game than an elite running back, in his prime, on a franchise tag right now. Jones should be able to find Alvin Kamara type guarantees (4 for $40M) on a multi-year contract, but it seems much more likely the Packers slap this tag on him for a final go.

It’s always unlikely that a center will be awarded a franchise tag, because their contractual values sit much lower than all other offensive line positions. But Linsley at least has a case to be made at least as a placeholder to a longer deal. The highest paid center in the game (Ryan Kelly, IND) carries a $12.5M per year average, which becomes the target for Linsley this offseason.

Fuller has multiple injuries and now a PED suspension on his resume (set to miss Week 1 in 2021), but he also has legitimate WR1 ability when it’s all going right, and a clear compatibility with QB Deshaun Watson. The franchise tag was made for these kind of scenarios.

Hilton’s franchise tag will exceed the league value because he earned $14.5M in 2020. The 31-year old has had disability issues, but can still find the end zone with the best of them. Still, this tag price seems high for Indy to take on, though a multi-year extension down in the $12M per year range could be in play.

The emergence of Justin Herbert will force the Chargers to overpay a little to ensure he has as many weapons as possible around him for the now. With Keenan Allen already locked up, the focus now turns to Henry, who caught a career high 60 balls in 14 games. Durability is still an issue, so a second tag might be the best play for LA here.

The Rams probably don’t have the cap situation to tolerate a franchise tag for the whole season, but Floyd values around $13M per year on a multi-year extension, so a $14.6M placeholder for a few weeks to hammer out a contract might make sense. He’s an underrated piece of a great Rams defense.

Johnson is one of the more underrated defensive backs in all of football, and will be compensated as such should he be allowed to hit the open market. The Rams seem poised to be “all-in” for 2021, so keeping Johnson around in some fashion aligns with that thinking.

It’s tough to gauge who the Patriots believe they are heading into the 2021 offseason, but with a QB change almost certainly coming, solidifying on offensive line should be priority number one. Thuney has been reliable & consistently above average for 5 seasons now, and while the near $18M charge is much too high, it’s tough to imagine him not becoming the highest average paid guard on the open market, currently valuing at $15.3M per year.

One of the better stories in the game, as Williams was a complete castaway just 24 months ago, but has restored his career since joining the Giants. They have mouths to feed on both sides of the ball, and they’d probably like to see Williams repeat the year he just had before dropping too many guaranteed dollars in his lap, so a second franchise tag - though pricey - is likely the best play here.

Maye was one of the lone bright spots to come away from the Jets 2020 season, and it seems impossible that they’ll allow him to simply walk away for nothing. A tag in February to bide time for a multi-year extension, which we value at around 4 years, $40M.

Dupree’s future is very much in question after an unfortunate ACL tear in early December. A second tag seems well out of reach here, putting him on the market for a “comeback” contract, probably with another franchise.

It wouldn’t be a typical Seahawks move to use a tag on the offensive side of the ball (or even more so on a running back), but Carson seems a really good fit for this scenario. With the price tag coming down to a very tenable $8.5M, and Carson’s injury history too much of a red flag to guarantee him too much down the road, this at least stands a fair chance.

It’ll be a difficult task to keep the Super Bowl core intact for 2021, but all signs point to Godwin being back in the fold in some capacity. With franchise tags dropping, keeping Godwin at under $16M for a year seems a good play, though locking him in long-term allows for more cap flexibility.

Barrett once again shows the league why he deserves a big time multi-year contract with an outstanding performance in Super Bowl LV. While the Bucs have a lot of mouths to feed this offseason, it’s tough to imagine they let Barrett walk for nothing. A second tag is possible, but it makes more financial sense to use the designation on WR Chris Godwin. Barrett will find better structured offers on the open market because of Tampa Bay’s lack of signing bonus demands, but winning is attractive.

Smith didn’t have the dominating final contract year some were expecting, but he’s still arguably the best potential TE to hit the open market. His two year production comes in at about 80% of Austin Hooper’s before his locked in $10.5M per year with the Browns, so a deal in the $9M per year range probably makes sense for Smith going forward.

At times, Scherff has shown he has the ceiling to be the best interior lineman in the league. But he found himself on the IR for the 3rd straight season in 2020, stamping a big red flag on his ability to cash in long-term this offseason. With QB questions in Washington, and Trent Williams now elsewhere, it still makes good football sense to keep the best line available in town, whether that comes by an $18M tag, or a $15M+ per year extension for Scherff.