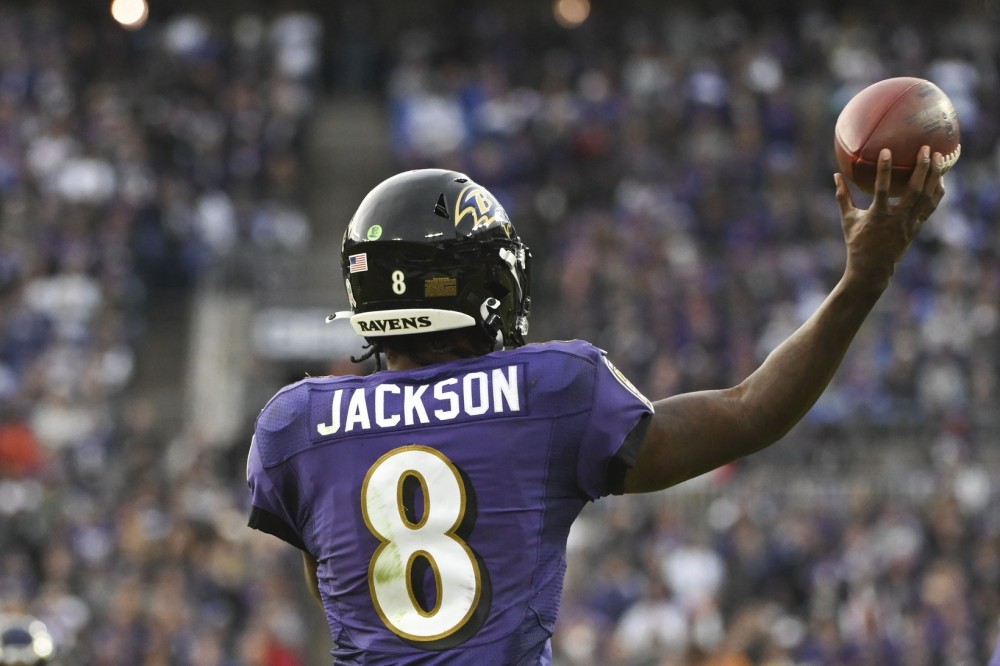 Lamar Jackson’s absence from the Baltimore Ravens’ OTAs puts his expiring contract, and lack of an extension, back to the forefront of the NFL offseason. So why hasn’t it caused more of a stir, when seemingly less important holdouts are now dominating the league’s news?

First off, Jackson is representing himself in the matter, so he alone controls what hits the mainstream from his side. Secondly, it’s been no secret, as divulged a few times by Ravens’ owner Steve Bisciotti, that Jackson is simply not interested in negotiating with the front office at this point in time. And that alone - should be the talking point.

So what happens next?

Will Lamar Jackson choose to play out his $23M 5th year option, and do his negotiating with a franchise tag (projected $33M) hanging in the balance? Does he have reservations about being the QB1 for a franchise that continually seems to put an onus on the running game, and “nickel and dime” their passing weapons? Or is he simply just waiting this out as long as possible, allowing as many other QBs to sign contracts as can be done, thus leaving him with the absolute best scenario once he decides he’s ready to meet with GM Eric DeCosta?

Lamar Rides This Out All the Way

All are plausible in the grand scheme of things, but there’s certainly risk involved. The last QB to take this approach was of course Dak Prescott, who signed a $31.4M franchise tag in 2020, then suffered a gruesome ankle injury just a few weeks into the following season. However, the Cowboys still rewarded Prescott with $126M guaranteed the following March, saving them over $20M of cap space in favor of the $37.7M 2nd franchise tag.

If we look at the cash flow of recently signed QB contracts, this $95.7M over the first 3 seasons of a deal would rank 7th - more than Josh Allen, more than Patrick Mahomes, just under Derek Carr.

In other words, Baltimore could swallow this pill if needed, lowering Lamar Jackson’s “expired contract” leverage quite a bit. Should this persuade him to consider a multi-year extension now? Not just yet. The other major difference here is age. Lamar is just north of 25 years old. Dak Prescott was nearly 28 when he signed his extension.

There are two brand new mountain tops to consider with every QB contract from here out:

Are these metrics anomalies that should be thrown out when evaluating other scenarios? In some cases, yes. Rodgers’ resume and threat of leaving gave him maximum leverage, while Watson’s talent + age led to a veritable bidding war both in terms of trade assets, and extension negotiations. Most people in the industry believe what the Browns did here is flat out crazy.

We’ll provide a slightly less crazy look at what Lamar Jackson should be considering if he agrees to sit down with the Ravens’ front office this summer.

Lamar Jackson currently calculates to a flat $44M per year contract in our system. This should be considered a baseline starting point for any multi-year conversation. Best case scenario? This is a $48M per year extension.

Assuming we’re on a $48M per year track, Watson’s $95M over the first two seasons isn’t out of the question, especially as we’re going to take a short-term approach with this deal in terms of length. It’s also a nice “win” for Jackson, as he gets the $95M+ he was set to make on a 5th year option + franchise tag + 2nd franchise tag in two years, instead of three.

For cap purposes, we’re not going to be overly aggressive here in approaching the $150M mark. But what is slightly lacking in 3-year cash, will be made up for in overall guarantee.

Lamar Jackson should be seeking a contract with no more than 4 new years added on to 2022. We’re going to guarantee the first two seasons as signing, with 3rd & 4th year guarantee that kick in a season early, leaving the 5th year as a veritable option. Why is this important? At 25 years old, this will put $175M in Jackson’s hands, and give him a chance to re-up prior to turning 30 years old.

Josh Allen will see his $150M become fully guaranteed by March of 2024, or less than 4 years into this contract. That’s the going rate here with Jackson, despite a more aggressive contract length. Nearly $60M of Allen’s guarantee comes via signing or option bonus, a structure the Ravens also use with their larger contracts.

We’ve taken a softer approach with the “upfront guarantees” in lei of Patrick Mahomes “guarantee mechanisms”. In the below projection, 2022 & 2023 are fully locked in for Jackson at the time of signing, to the tune of $95.016M. By next March, another $40M is secured, and another $40M guarantees by March of 2024. This means $175.016M practically guaranteed over the next 4 seasons.

Our look at a projected breakdown for a 4 year, $192M extension, including $95M fully guaranteed at signing, another $80M by March of 2024, a $29M signing bonus, $40M second year option bonus, and a void year for cap purposes.