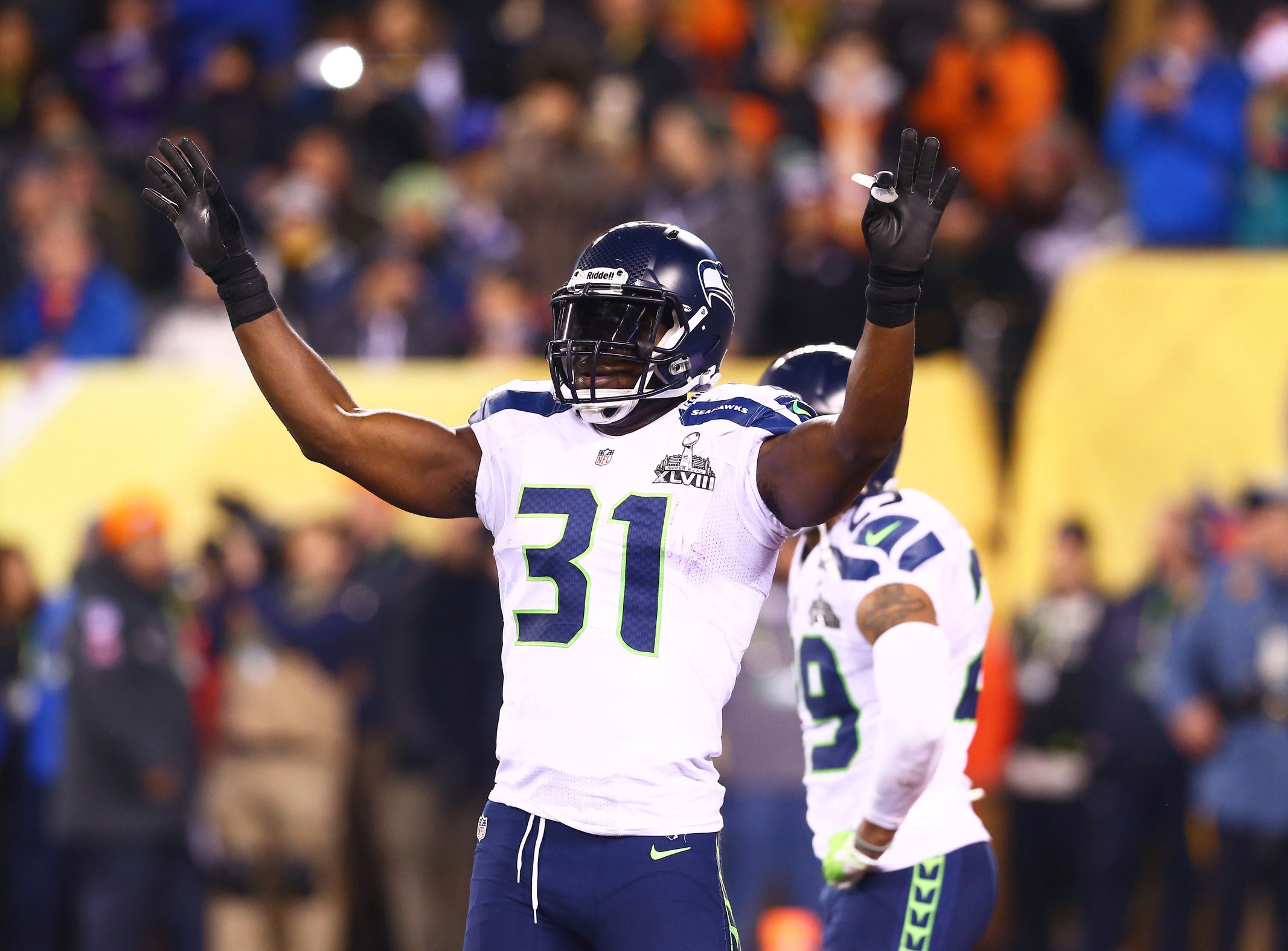 The Seahawks have been plenty busy this offseason, locking in QB Russell Wilson, ILB Bobby Wagner, and acquiring TE Jimmy Graham to name a few of the more notable moves. One player who hasn't been attended to is safety Kam Chancellor, who has held himself out of training camp thus far in hopes of receiving a new deal from his current team. To date, Chancellor has missed 9 days, meaning the potential forfeiture of $470,000 in salary and signing bonus.

Chancellor is entering year 2 of a 4 year $28 million extension. His $7M annual average salary ranks 8th among active safeties (Earl Thomas $10M AAV is ranked 1st). Including the upcoming season, his contract contains $16.775M cash to be made over 3 years, an average of just $5.59M per year through 2017. While it's clear WHY Chancellor might be looking for a new deal, the fact of the matter is Seattle hardly ever addresses contracts until they're in the final year of the deal (or expired), and the $5.3M in estimated cap space doesn't leave them with much room to wiggle at the moment.

All this said, we'll assess Kam Chancellor's current value, forecasting what a new deal might look like should the two sides agree to negotiate.

Comparable Safeties
To generate a prediction the Spotrac team determined that the following safeties were viable targets to use in comparing with Chancellor. The key was to locate players with similar numbers, who signed a contract around the age of 27. To determine a more likely starting point for our numbers, we'll perform a linear regression of each contract listed below.
We'll adjust their contracts up to reflect each as if it were signed at the age of 27 to provide a better scope for our base prediction.

Related:  View the list of Top Average Inside Safeties in the NFL


Statistical Comparisons
Now we'll assess Chancellor statistically against our variable safeties, taking a look at Games Played, Tackles/G, Assists/G, INT/G, and Caught % per Season.
Chancellor holds up well here, especially in terms of his tackling ability - as has been evident in his ability to slow down the run game for the Seattle defense. We'll apply his prime percentages into our original base contract value to determine his current value.
Results

Length of the Contract
Safeties have benefited greatly from the league turning even moreso into a passing system, with an increased salary cap. Recent deals for Byrd and McCourty have outdone each other, and there's no reason to believe the next deal won't outdo them. At 27 years old, and with a strong history of durability, it makes sense to align Chancellor with our 5 year average, meaning the non-guaranteed 2016 & 2017 salaries are ripped up, and a 4 year extension is added on to 2015.

Value of the Contract
Chancellor has almost $17M remaining on his current deal over 3 years, but just his $4.55M 2015 salary his fully guaranteed, meaning $12M+ is able to be moved around with an extension (to reduce cap early on). With positive statistical percentages yet to be factored in, we base valued him at more than $8.8M per year (4th among all safeties).


We'll split the difference to offer the best-value forecast for Chancellor's next contract:
Spotrac's Prediction: 4 years, $38,912,500
Average annual salary $9,728,125, estimated $23,500,000 guaranteed
Follow Spotrac on Twitter, and keep up with even more on Facebook.