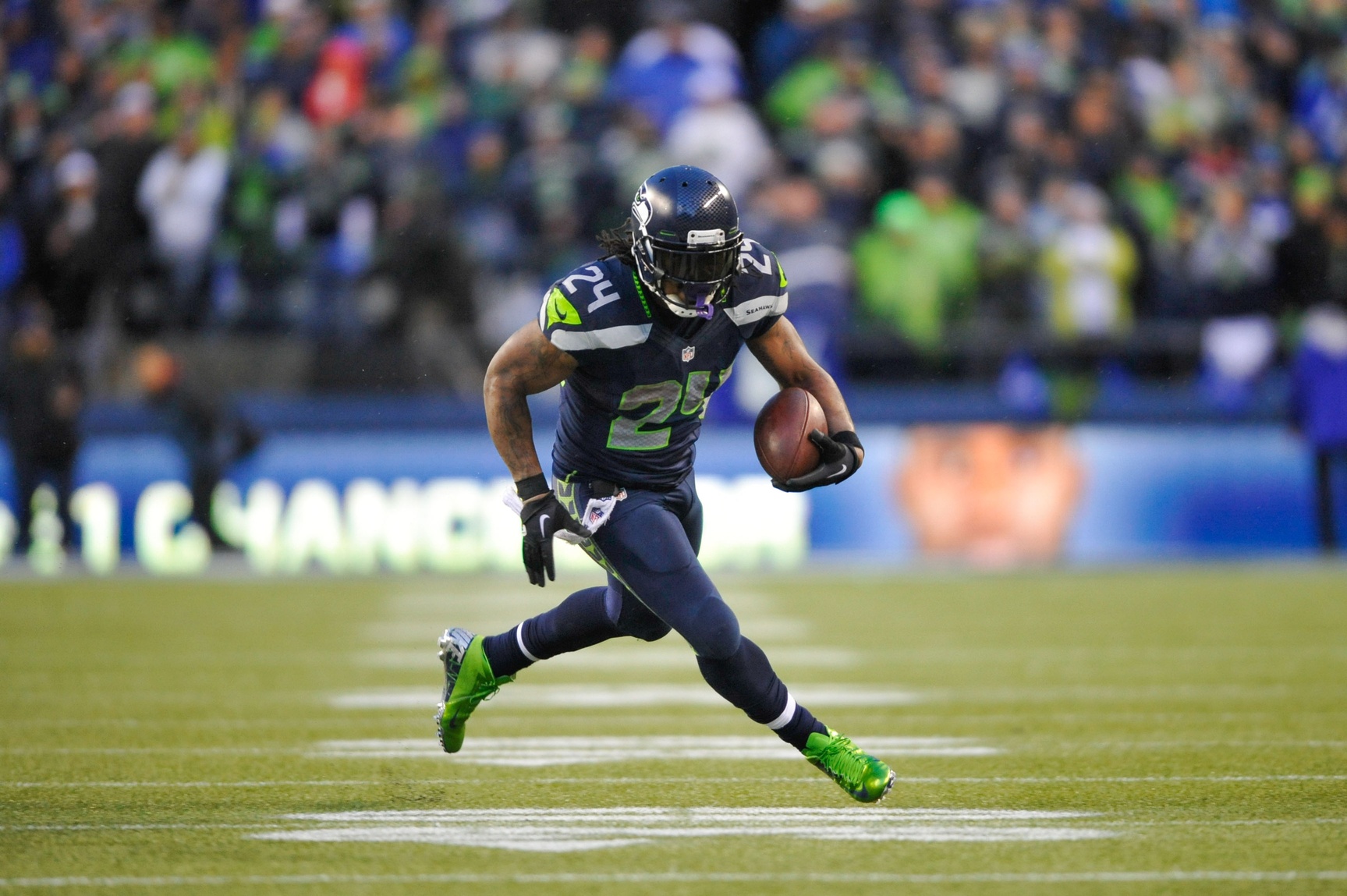 With Jamaal Charles now extended through 2017 ($18.1M in new money), 28 year old Marshawn Lynch has informed the Seahawks that he'll be holding out of training camp in order to leverage himself a new deal. We'll run Lynch through our projection formula, now assessing statistical production from his 2012 & 2013 seasons, to predict what the Seahawks would be looking at in terms of a value-based extension as it currently stands.

Current Contract
Like Charles, Lynch has two years remaining on his current deal, including $13 million in cash to be earned (although $500,000 of that may be lost per his training camp holdout). That $6.5M annual average salary ranks 10th among active running backs, so to some degree, Lynch has reason to voice his concern.

It should also be noted that many experts project Lynch's carries will drop slightly in 2014+ with the emergence of running backs Robert Turbin and Christine Michael in the fold. So the time for Lynch to restructure a deal for cash in hand is now - and he clearly knows it.

Comparable Running Backs
Lynch just turned 28 this past April, so we'll evaluate him at this age. We've selected variables that have similar skillsets to Lynch: i.e. the ability to both run and catch within their offensive framework. To determine a more likely starting point for our numbers, we'll perform a linear regression of each contract breakdown listed below.

We'll adjust the above contracts up/down to his age by adding to the overall years to make each variable player 28 years old. Once a linear regression is performed on these new numbers we're given the following terms to begin with:

It's clear Lynch doesn't belong in this conversation. He's targeted a nearly identical amount of times as Jamaal Charles, but produces have the receptions, yardage and scoring plays in doing so. The better assumption here is to assume that Lynch simply doesn't factor much into the Seahawks passing game, with versatile weapons such as Percy Harvin who are slotted out of the backfield or in "bubble screen" formations to handle these types of short passing plays. We'll exclude receiving figures going forward.

Length of the Contract
With two years remainin, and at the age of 28, it's hard to imagine an extension of more than 3 years even in the conversation. We'll stick to recent format and add an extra two years to his current deal to mimic Jamaal Charles' recent signing.

Value of the Contract
The long & short of this scenario is that Lynch has $13 million in cash remaining on his current deal (though none of it is guaranteed). The Seahawks are built on young, inexpensive talent right now, so throwing dollars at a veteran may not be in the short-term plans.

Our Thoughts
The Seahawks can counter this obstacle by simply following the Chiefs' footsteps: Tack on a few years with seemingly Top 3 running back money, but front-load ALL of the guaranteed dollars into 2014, making the contract easily voidable from 2015 and out. Those two extra years should look something like: