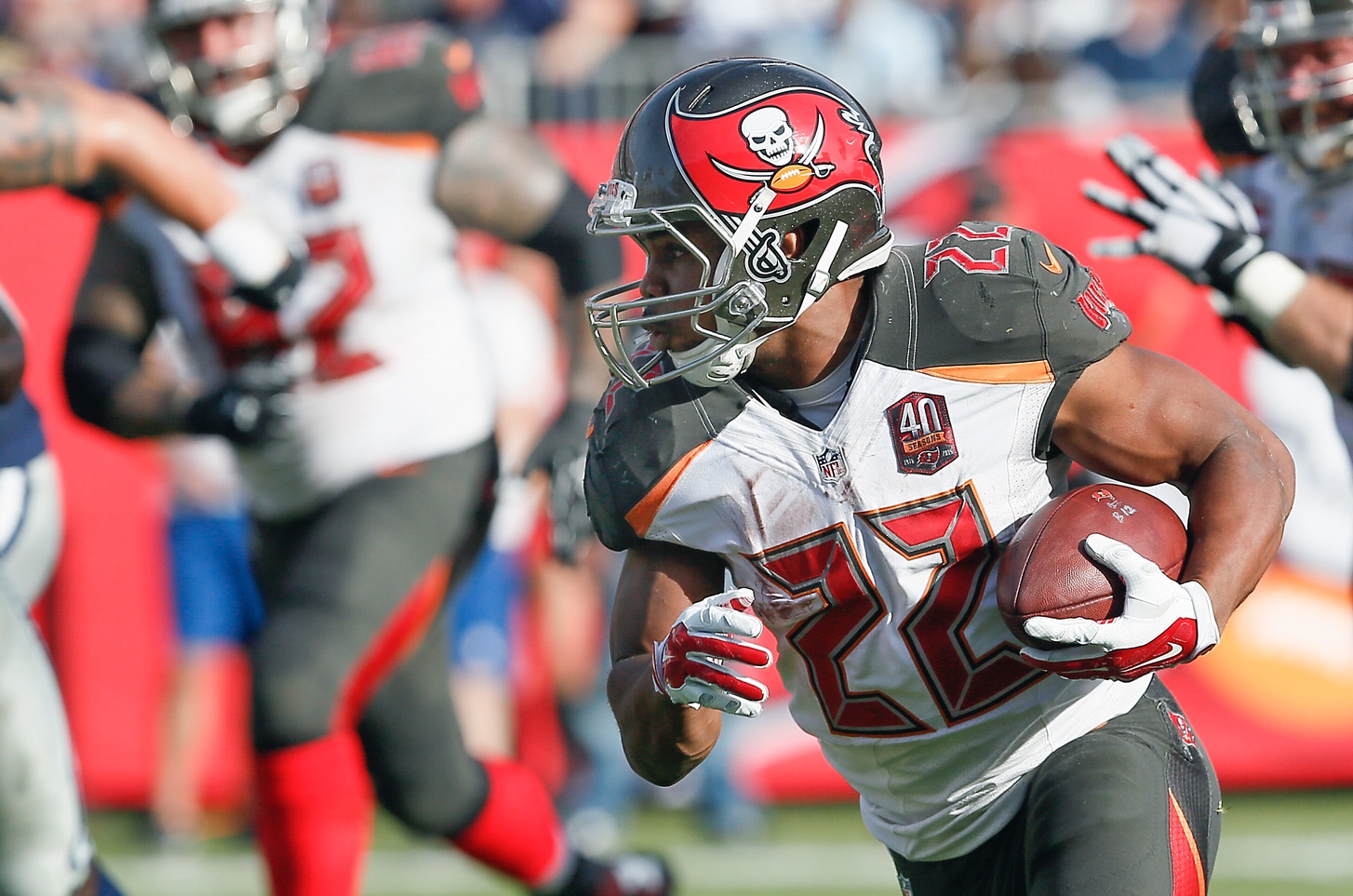 It's been an up-and-down four years in Tampa Bay for Doug Martin, to say the least. After a strong rookie year, he dipped into the bottom 3rd of all running backs in both 2013 and 2014. But insert a franchise quarterback, and revived defense, and 2015 has been a bit of a resurrection year in Tampa Bay - especially for Martin. He's currently 2nd in rushing yards (941) to Adrian Peterson, and leads all running backs with a +16.8 Pro Football Focus rating.

The Buccaneers declined a $5.621M fifth-year option on Martin's contract, meaning the 26 year old is set to hit the open market after the 2015 season. With extension rumors building, we'll take a look at his statistical production over the last few seasons, comparing it to players of similar age, to forecast Doug Martin's current market value heading toward a new deal.

Comparable Running Backs
Martin is now 26 years old (turns 27 in January). We've selected variable running backs that have similar skillsets who have signed a recent contract. To determine a more likely starting point for our numbers, we'll perform a linear regression of each contract breakdown listed below.

We'll adjust the above contracts up/down as though each were signed at the age of 26 years old. Once a linear regression is performed on these new numbers we're given the following terms to begin with:

Martin suffers across the board in this comparison, most notably due to his inability to stay on the field, and find the endzone. We'll factor our average and median prime rushing percentages below.

As expected, Martin is WELL below the bar here, notably in receiving yards and touchdowns. However it's important to note that he's targeted nearly as much as these slot receivers. We'll include these receiving percentages into our assessment below.

Length of the Contract
The calculated average length of our variable contracts is 4 years, and at 26 years old, this seems inline.

Value of the Contract
Running backs are a nearly impossible market to value right now. The Adrian Petersons and Marshawn Lynchs have contracts way ahead of their colleagues, simply because they were given restructured versions of contract dollars already owed to them. Teams have shown that it takes a very special player to break the running back market, while the spectacular year from DeMarco Murray in 2014 warranted him only $8M per year. While Martin is on pace for 1,500 yards in 2015, his overall resume, and inability to find the end zone, will certainly hold him back from the "top-tier" money in his market.

We'll split the difference to offer the best-value forecast for Martin's next contract: