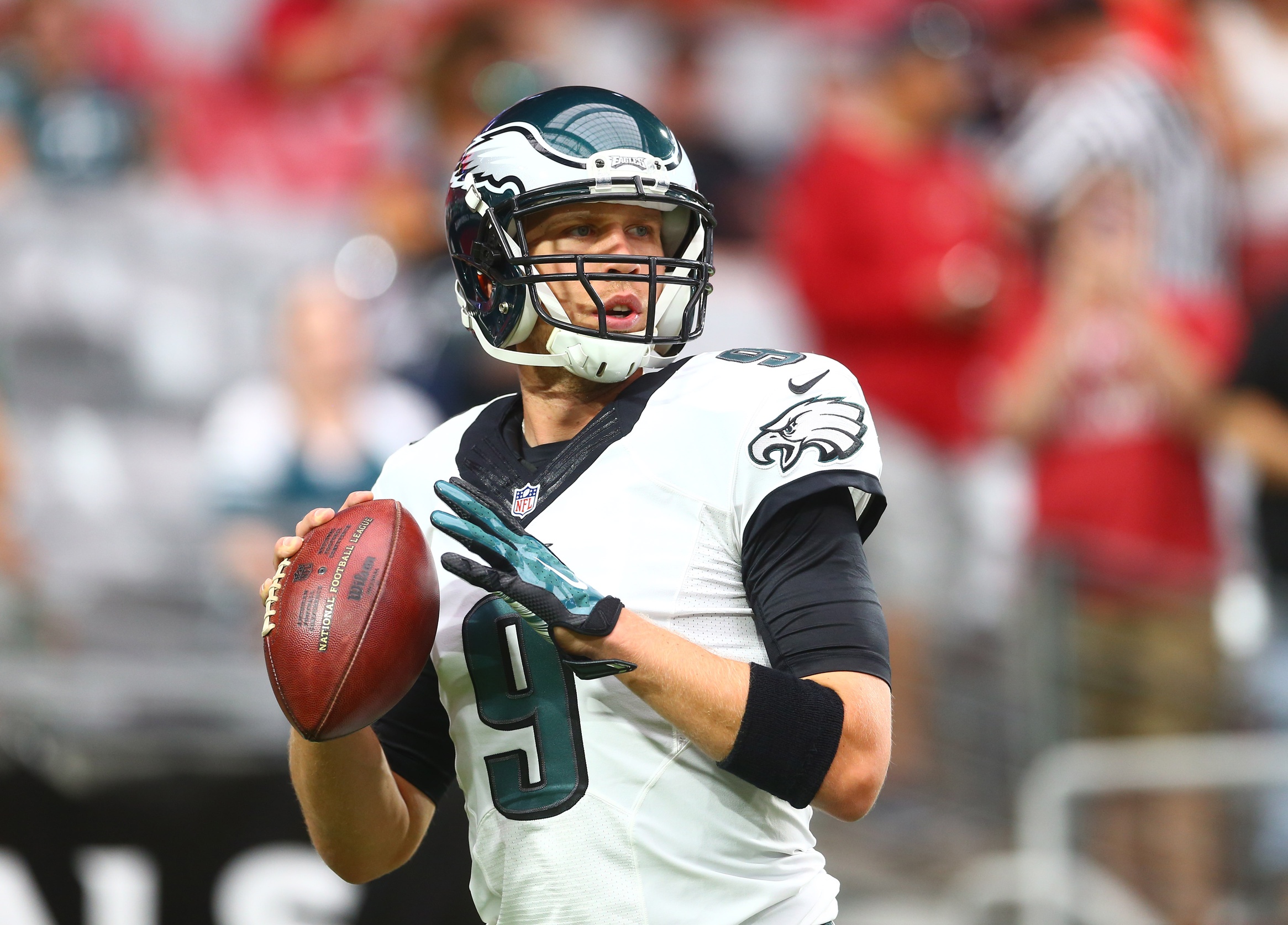 This past summer saw some of the more surprising and notable trades in recent NFL memory, including the swap of franchise QBs between St. Louis and Philadelphia. The move sent Nick Foles and two draft picks to the Rams in exchange for QB Sam Bradford and a draft pick. Since then Foles has settled in as the clear-cut starter in St. Louis, working his way back from a shoulder injury that shut his 2014 season down early.

Foles is set to enter the final year of his 4 year $2.7 million rookie contract, and it's been rumored that he and the Rams are in discussions to lock down a somewhat long-term extension. We'll evaluate the production of Foles over the past few seasons, comparing it to a set of variable quarterbacks who signed contracts around his age in order to properly project his current value heading into 2015.

Comparable Quarterbacks
To generate a prediction the Spotrac team determined that the following quarterbacks were viable targets to use in comparing with Foles. The key was to locate players with similar numbers, who signed their second contract around his current age (26). Here's a look at the new money for each extension signed by each. To determine a more likely starting point for our numbers, we'll perform a linear regression of each contract breakdown listed below.
At 26 years old, Foles is currently younger than some of our variables were at the time of their signing. We'll adjust the contracts to the age of 26 to provide a better scope for our base prediction.


Passing Statistical Comparisons
We'll assess Foles as a Passing QB, comparing him to our variable QBS in terms of Games Played, Passing Yards per Game, Passing Touchdowns per Game, Interceptions per Game, and Completion % per Season.
While devalued for the injury last year (rightfully so), Foles had positive production in every major statistical passing category when compared to our variable quarterbacks. We'll factor both of these figures into our work below.

Length of the Contract
At 26 years old, and coming off his first major injury, it's safe to assume that this deal won't stretch out to a huge length. Our base contract averaged 4 years, while our age-adjusted one account for 5. We'll assume that later as it allows for bonuses to be pro-rated in their entirety.

Value of the Contract
Foles has proved over the past few seasons that he has glimpes of potential to be a top-tier franchise quarterback. While he's not quite to that point yet, he's mathematically outproducing the middle-tier players we evaluated him against, and stacking up well against the above average ones as well. Our initial base contract provided an average salary of more than $11.7M per year, a figure that would place him 19th among active quarterbacks. When factoring this with our Prime Figures:


Final Thoughts
Some may gawk at a deal of this magnitude for a somewhat unproven player. But the Rams haven't had success at the QB position for years, so taking a chance at getting a legitimate franchise player at his "low" is almost a no-brainer from their standpoint. The guaranteed money in this deal will likely all fall in the next two years, giving them a financially doable out prior to the 2017 season, should they need to cut loose and start the process over.

Based on calculations, our current new-money value for Nick Foles' forthcoming extension is:
Spotrac's Prediction: 5 years, 63,215,000
Average annual salary $12,643,000, estimated $27,200,000 guaranteed
Follow Spotrac on Twitter, and keep up with even more on Facebook.