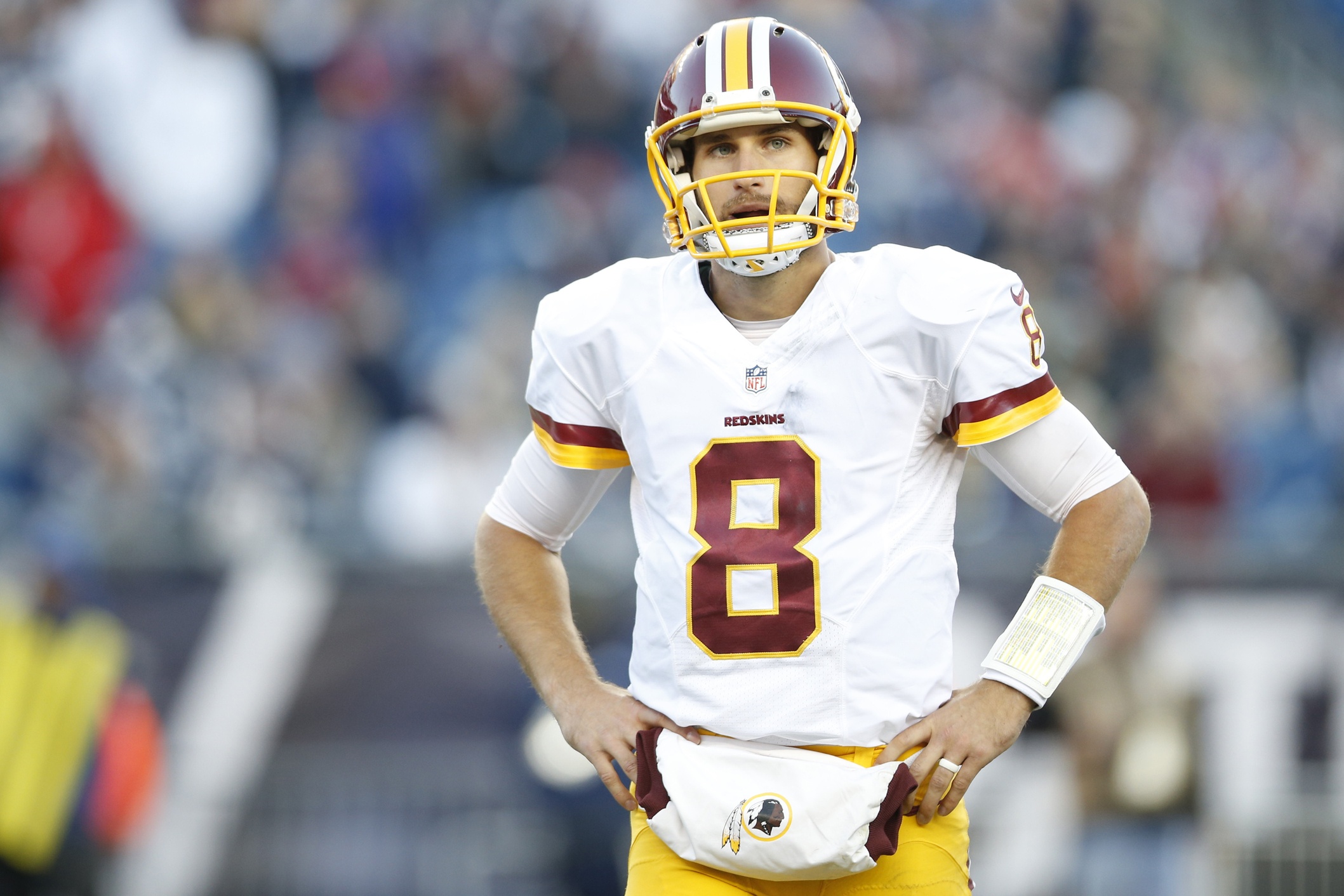 It's been a rollercoaster four past seasons at the quarterback position in Washington, but reports internally are starting to come out that Kirk Cousins may indeed be the short-term option at the most coveted position. With sporadic and limited playing time up until the 2015 campaign, the argument against Cousins is certainly more popular than the case for him, but it's also a tougher situation to analyze statistically.

Needless to say, Cousins' rookie contract is set to expire after the season, so the time to assess his value is here. We'll use the first 10 weeks of Cousins' production in 2015, projecting them out to 16 games for analysis purposes, to forecast his current market value.

Comparable Quarterbacks
To generate a prediction the Spotrac team determined that the following quarterbacks were viable targets to use in comparing with Cousins. The key was to locate players with similar numbers, who signed their second contract around his current age (27). Here's a look at the new money for each extension signed by each. To determine a more likely starting point for our numbers, we'll perform a linear regression of each contract breakdown listed below.
At 27 years old, Cousins is right inline with our variable quarterbacks when they signed their deals. We'll adjust the contracts down to reflect each as if it were signed at the age of 27. From there a linear scope is performed to normalize the data, providing a better scope for our calculated base prediction.

To derive the most complete set of production comparisons, we'll use Games/Season, Passing Yards/Game, Passing TDs/Game, INT/ G, and Completion %/Season. To assess how well the player was performing prior to signing their respective contract, we'll show the averages of these statistics two years prior to their signing date. The two-year analysis will give us a "Prime Percentage", showing how well that player was performing when the contract was signed in relation to his overall career.

Statistically speaking Cousins is pretty much a wash when comparing to our variable quarterbacks. While his yards and touchdowns are a bit below scale, his efficiency numbers balance him out. It's a pretty safe push here. We'll factor these Prime Percentage into our base numbers.

Guaranteed Money
Cousins appears on pace to start every game for the Redksins in 2015, and has put forth a few big days in terms of productivity and wins. Our variable contracts include players who were clouded/unclear about their long-term potential, so it's safe to assume the guaranteed percentages should be similar for Cousins.
Results

Length of the Contract
It's a bit of a moot concern, as there's no way a team adds upfront guarantees past two years in a deal for Cousins based on his limited and inconsistent play. He'll be 28 by the start of the 2016 season, so age is of no concern at this point. We'll use a 3 year deal here to be safe.

Value of the Contract
Our initial base terms brought forth an average annual salary just over $11M per year, a figure that would make him the 20th highest average paid quarterback in football. When factoring in our slight prime percentages, we're given an overall annual base salary of $11.3M<.

Quick Thoughts
Mathematically speaking, an average salary of $11M seems appropriate for Cousins, as the Redskins are just now getting their first elongated look at his potential over 16 weeks. The AAV comes in just below Nick Foles, who was given a full year in Philadelphia to show his potential prior to a season ending injury. In terms of guaranteed dollars, Cousins has work to do in 2015 to increase this value. We've calculated a fair 40% of his contract be guaranteed at this point, but that's a figure that will flex up or down based on his performance to finish out the year.