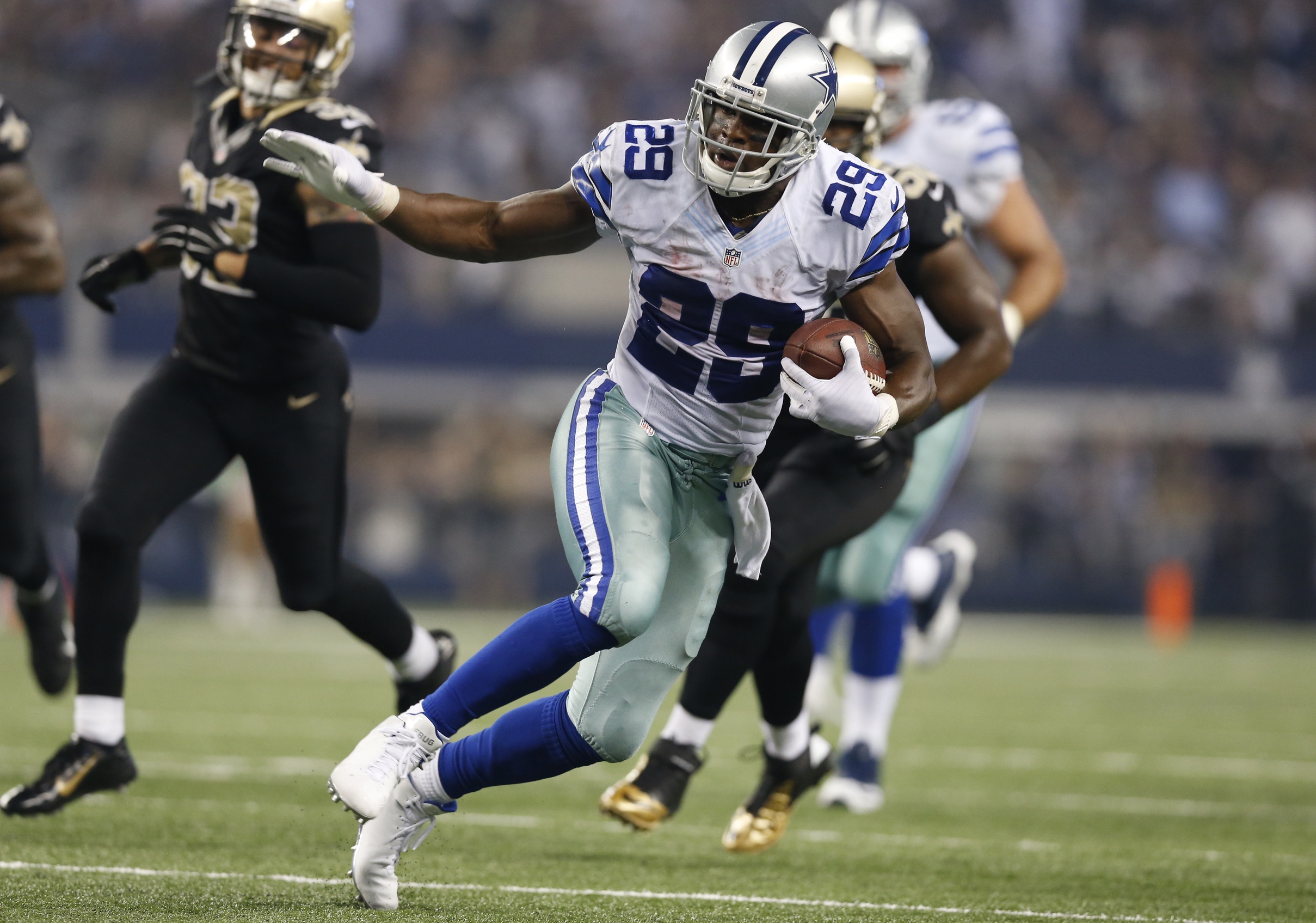 DeMarco Murray has been a one-man show for the 3-1 Dallas Cowboys to start the 2014 season, earning NFC Offensive Player of the Month to close out an elite September. He's on pace for 300 attempts, 2,100 rushing yards, 36 receptions, 275 receiving yards, and 20 total touchdowns. All this in the final year of his 4 year $2.97 million rookie contract. That being said, the former 3rd round selection in the 2011 draft is set for a nice new contract in the coming offseason. We'll assess Murray statistically over the last 2 seasons, while also projecting out his 2014 statistics through 16 games. We'll then compare this production against four comparable running backs who've signed contracts in the past few seasons, providing a quality assessment of DeMarco Murray's value as his contract nears expiration.

Comparable Running Backs
Murray is just 26 years of age, and won't be 27 until after the Super Bowl. We've selected variable running backs that have similar skillsets to Murray: i.e. the ability to both run and catch within their offensive framework. To determine a more likely starting point for our numbers, we'll perform a linear regression of each contract breakdown listed below.

We'll adjust the above contracts up/down to his age by adding to the overall years to make each variable player 26 years old. Once a linear regression is performed on these new numbers we're given the following terms to begin with:

As our prime percentages show, Murray is right on par with our variable running backs prior to their signings. He runs more, achieves more yards, and scores more touchdowns - but (as you might expect), is held back due to injuries, and fumbles. We'll factor our average and median prime percentages below.

Somehwat surpsingly, Murray is distinctly below our variables in terms of receiving production. He's targted the least of any, catches the fewest balls, subsequently acheiving less yards. And he's only scored 1 receiving touchdown to date in his career. We'll tread lightly when factoring this into our overall forecast - though as a featured running back (no other Cowboy has more than 60 yards rushing in 2014), his ability to catch out of the backfield shouldn't necessarily be excluded.

Length of the Contract
All averages point to a new 4 year contract for Murray, so we'll comply.

Value of the Contract
The last elite running back to sign was Jamaal Charles, who was rewarded with an extension averaging more than $9 milion per year. While the skillsets are similar, Charles has shown more durability, and more of a threat as a receiver. In terms of rushing production, Murray is at the top of the class right now. And a closer look at his receiving production shows he's actually producing to his opportunity - 3.1 receptions and 3.8 targets per game. We'll weigh the receiving production at 50% in terms of our calculations in light of this observation.

Our Thoughts
The "de-valuation" process might take a backseat should Murray continue the pace he's started in 2014. He'll need Adrian Peterson-like results to fully cement his case for elite pay, but most importantly he needs to prove he can be a viable offensive weapon for 16+ games in a season. The fumbles have yet to improve, but the gaudy stats elsewhere are making the Cowboys turn their cheek to them for now. Finally, should Murray become a more useful option for Romo in the receiving game, he'll further enhance his resume, and in turn overall value heading into the negotiating room. All that said, DeMarco Murray is on pace to garner himself a nice round figure in 2015.