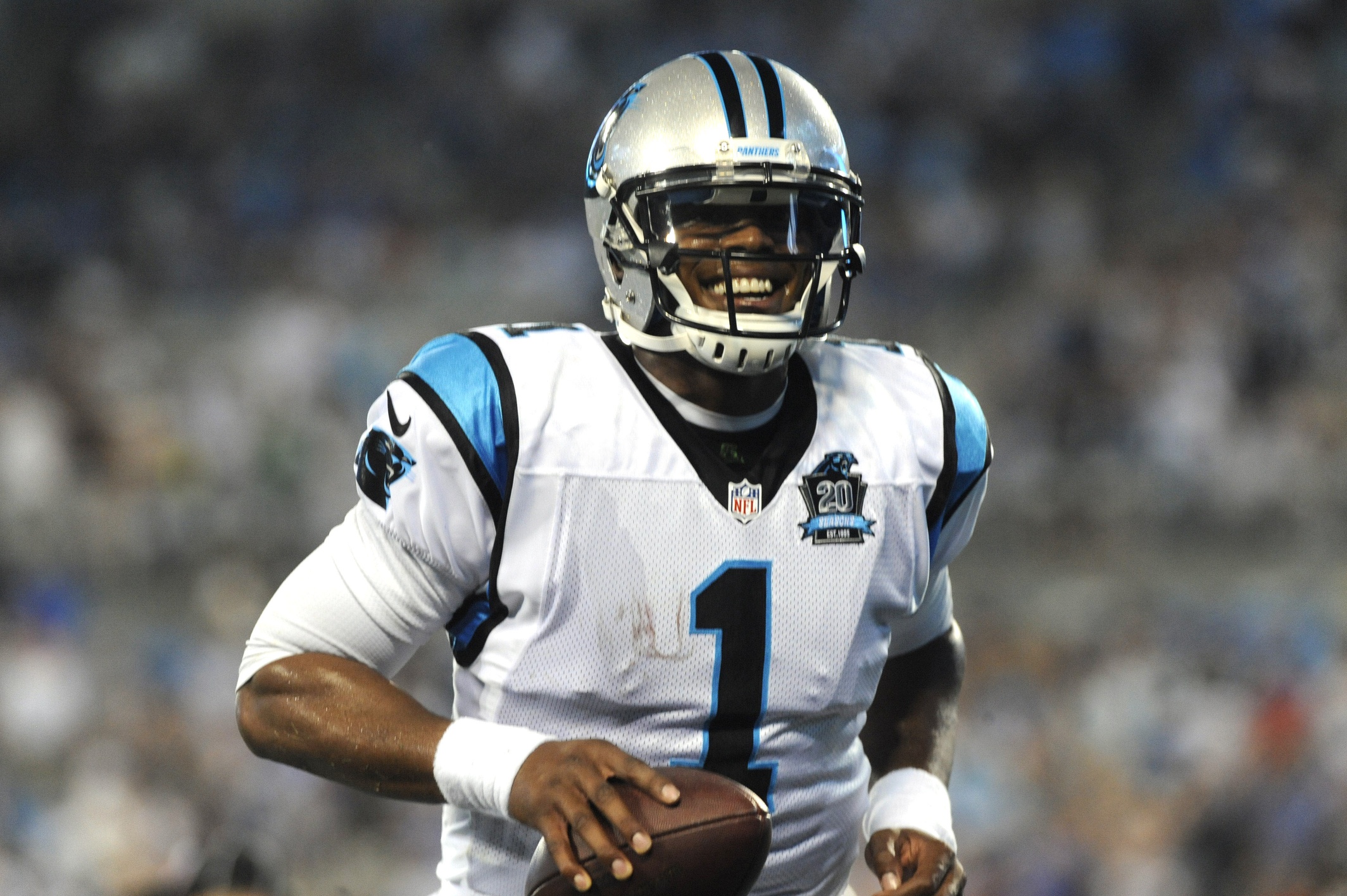 Back in November of 2013 our premium team compiled a thorough analysis of QB Cam Newton with the expectation that a long-term deal with the Carolina Panthers would be in his cards this offseason. But as quarterbacks around him are being rewarded with major pay days, including sizeable chunks of guaranteed money, continues to wait for this turn - and has marketdly added to his resume while doing so.

As a first round draft pick, the Panthers exercised the 5th-year option for Newton's 2015 season (valued at $14.6M). But Newton's multi-threat skillset combined with an impressive season both statistically and in the win column in 2013 hands Newton a pile of leverage heading into the 2014 season.

To compensate for Newton's total statistical package, we'll revise the protypical statistics used in our quarterbacks analysis to include Rushing Attempts, Rushing Yards per Season, Rishing Yards per Game, and Rushing TDs per season.

We'll assess Newton's statistical performance in 2012-13 and compare them to quarterbacks of similar age and production to determine and forecast a possible extension this offseason.

Comparable Quarterbacks
To generate a prediction the Spotrac team determined that the following quarterbacks were viable targets to use in comparing with Newton. The key was to locate players with similar numbers, who signed their second contract around Newton's current age (25). Here's a look at the new money for each extension signed by each. To determine a more likely starting point for our numbers, we'll perform a linear regression of each contract breakdown listed below.
At 25 years old, Newton remains younger than the majority of our variable quarterbacks. We'll adjust the above contracts up/down to reflect each as if it were signed at the age of 25 to provide a better scope for our base prediction.


Passing Statistical Comparisons
We'll first assess Newton as a Passing QB only, comparing him to our variable QBS in terms of Games Played, Passing Yards per Season, Passing Yards per Game, Passing Touchdowns per Seasons, Interceptions per Season, and Completion % per Season.
It shouldn't shock anyone that Newton holds up remarkably well in terms of passing statistics. He finds the endzone through the air a bit less than our variable QBS, and his interception totals are a bit more - bringing the overall prime figures to negative states. We'll factor both of these figures into our work below.

Newton absolutely dominates this comparison. He attempts nearly double the rushses, accounting for nearly 3 times the yardage, and touchdowns with the ball in his hands. While he's fairly inline with our variable quarterbacks in the passing game, he's FAR ahead of them in terms of these statistics

Length of the Contract
At 25 years old, and further instantiating himself as the long-term franchise quarterback solution in Carolina, it's perfectly likely the the Panthers will choose to extend Newton through the age of 30. As most of the recent quarterback extensions are adding 6 new years on, we'll follow suit here.

Value of the Contract
In terms of mathematics, and in the general role of the quarterback position across the league, it doesn't make sense to weigh the passing analysis and the rushing analysis evenly. With that being said, we'll apply our prime pecentages at a 70/30 ratio between the two categories respectively. This means we'll assess Cam at a + 36.9 Median Prime Percentage, and a +27.235 Average Prime Percantage. Our initial base contract provided an average salary of more than $18.8M per year, a figure that would place him 7th among active quarterbacks. When factoring this with our Prime Figures:


Final Thoughts
The Panthers know they're playing with fire by next extending Newton this offseason (see Flacco, Baltimore, $120.6M). With that being said, a $14.6M 5th year option for 2015 looks like a steal after the numbers we've formulated in this analysis. With team salary caps expected to rise more in 2015 and 2016, a $24M per year quarterbacks certainly isn't out of the question - even if right now it seems ridiculous. With players like Greg Hardy (2015) and Luke Kuechly (2016) in need of contracts sooner than later, the front office in Carolina certainly has a tough decision to make with their franchise quarterback going forward. Should they attempt to wait things out until the 2016 offseason, a holdout next season might be in the cards.