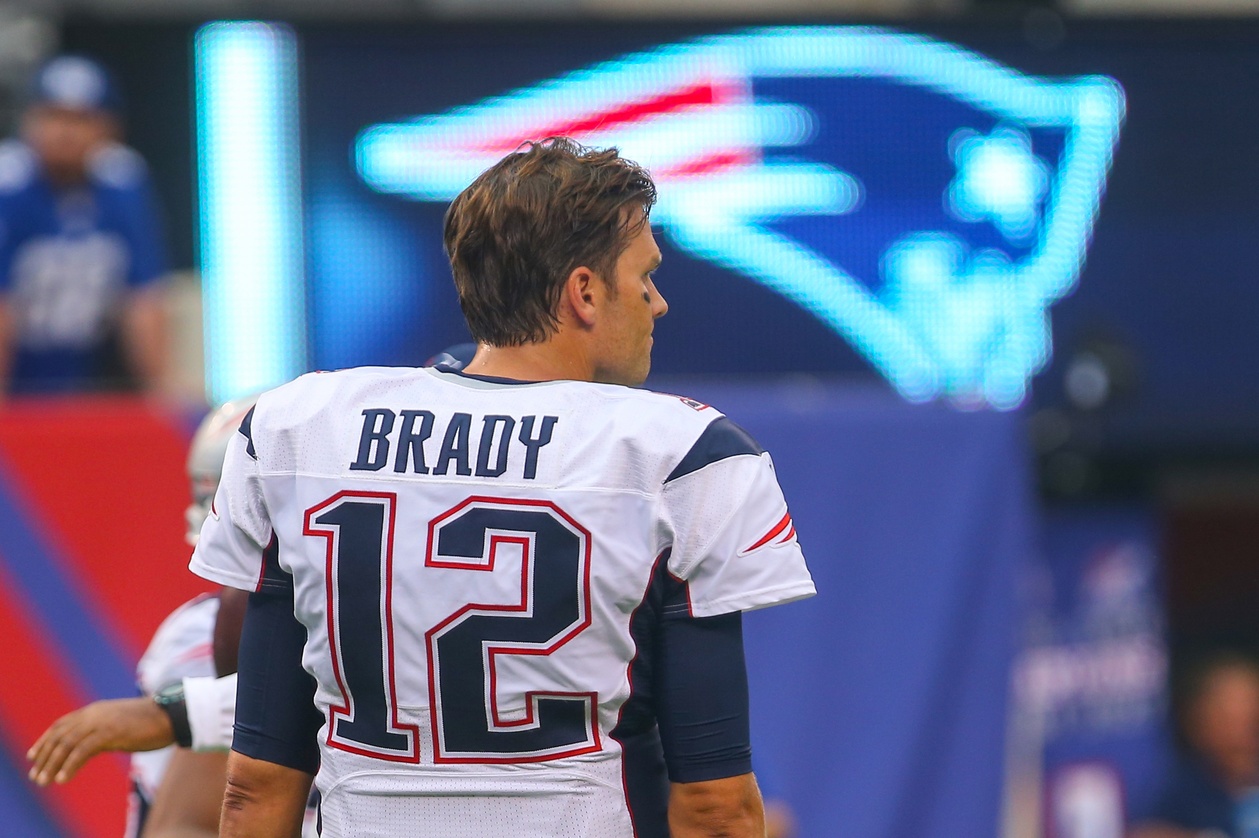 Love him or hate him, it's hard to deny the notion that Tom Brady is one of the greatest NFL players of all-time. It's also very well-known that Brady and his New England Patriots front office have worked hand in hand over the past 17 years to ensure that he's compensated well, but in a manner that provides the team spending flexibility elsewhere. We'll take a quick look at the various contracts of Tom Brady, highlighting some of these maneuvers along the way.

Brady was selected in the 6th round (#199 overall) back in 2000 out of Michigan University. He agreed to a 3 year $866,500 contract with New England that June, including a $38,500 signing bonus (he's since averaged $723,511 per game played over his career to date). After barely seeing the field in 2000, Brady was thrown into the fire in Week 2 of the 2001 season after starting QB Drew Bledsoe was carted off with an injury. 15 years later, he still hasn't given the starting job back.

With two years and $14.5M remaining on his first extension, the Patriots and Brady agreed on a 4 year $42.8 million new money extension. The deal included a $14.5M signing bonus (not a coincidence) , and a $12M second-year option bonus. Brady restructured $5.28M of his 2007 salary into bonus, guaranteeing that as well. With his career at a peak, Brady suffered a season ending knee injury early in on in 2008. It's the only year since 2003 that the Patriots haven't won the AFC East. Brady and the Patriots bounced back in 2009, after which another extension was put in front of him.

With a lockout looming in 2011, Brady and the Patriots agreed to a substantially front-loaded extension that included $16.5M in 2016 cash and $19.75M in 2011 cash ($10M of which came in the form of deferred signing bonus, which wouldn't be affected during the lockout). In 2012 Brady agreed to convert $10.8M of his salary and roster bonus into signing bonus, guaranteeing that cash in hand while clearing a whopping $7.2M in cap space for New England, an important move with the league now under a hard salary cap. With a whopping $34M remaining on his contract through 2014, the Patriots and Brady came to agreement on another deal. It was at this point that the two sides appeared to come to an understanding of how Brady's compensation needed to be structured going forward.

The Patriots tacked on an additional three years to Brady's previous deal, with $27M in "new money" included. The new structure handed Brady a whopping $30M signing bonus to go along with low, manageable base salaries ($1M in 2013, $2M in 2014 all guaranteed). By structuring things this way, Brady's cap figures remained under $15M during this contract, allowing flexibility for the Patriots elsewhere. The deal also included a clause that if Brady was on the roster at the end of the 2014 season, his remaining $24M in salary through 2017 would become fully guaranteed. Not only was he on the roster, but he was on the field for the last day of the season, as the Patriots won their 4th Super Bowl.

However, in what can only be explained as a "cautious move", the Patriots agreed to a new deal with Brady that added a $1M raise in each 2015-2017, but in turn removed all full guarantees. At 38 years old it's understandable why New England felt the need to protect themselves from a $24M guarantee (and with Deflate-Gate to come, it became even more important to keep things simple contractually). However Brady would only play out his $8M 2015 season before a new deal came about.

Breaking Down the Career Earnings

When looking at the average cash earnings since 2011, Brady currently ranks 3rd among notable quarterbacks.

The Patriots certainly found lightning in a bottle back in 2000, and it took a horrible injury to even get him on the field in the first place. But the way New England has handled Brady contractually since 2002 has been nothing short of brilliant. He's never finished a contract - in fact he's only played out more than three years of a contract once, and it's safe to assume that was in large part because of the uncertainty of Brady's return following the 2008 knee injury. By constantly "re-upping" with their franchise quarterback, the Patriots continually put signing bonus cash in their franchise quarterback's pocket, and can keep a strong handle on their annual salary cap.