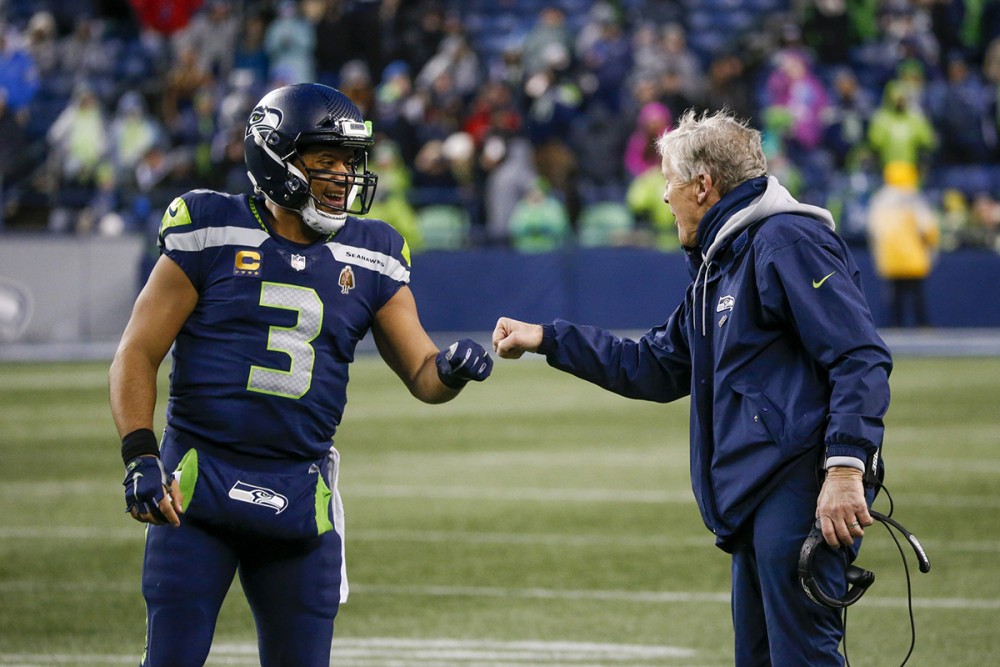 Despite much less speculation this offseason in comparison to last, the Seahawks traded QB Russell Wilson to the Denver Broncos, signaling the end to a fantastic 10 year relationship. We’ll discuss the details of the trade, what’s next for Wilson financially, & what’s left for Seattle going forward.

Noah Fant (TE, 24)
The talented tight end holds a $2.2M, non-guaranteed, salary for 2022, with a $6.85M option in 2023 that must be exercised by May 3rd (likely). He stands to thrive in a Seattle offense that has always held the position in high regard (when the right kind of playmaker exists). Gerald Everett & Will Dissly are pending free agents.

2022 1st Round Pick (#9)
A draft deep with O-Tackles, Edge Rushers, & Cornerbacks should make this a very valuable pick for Seattle.

2023 1st Round Pick
This might be the big one. If the plan is to punt on taking or acquiring a new starting QB in 2022 in order to make a run at one of the major prospects in 2023, having capital to move up in that draft will be important.

What’s Next for Seattle?

There are two immediate ways for this franchise to go:

What’s Next for Denver?

The Broncos have been preparing for a move like this for the past 18 months, with in-house extensions, a few notable releases/trade aways, and a new coaching staff. The offensive line is in pretty good shape, the secondary is exceptional, and the weapons have the potential to be as good as any in the league.

There are legitimate question marks on the defensive line and certainly on the edge, notably what the future holds for Bradley Chubb. With a projected $26M of cap space (and plenty more should Denver restructure Garrett Bolles, Justin Simmons, or even Wilson), there’s a reasonable expectation that the Broncos will be in the market for a major pass rusher this month. The likes of Chandler Jones, DeMarcus Lawrence, Frank Clark, or even the return of Von Miller could very much be on the table here.

What’s Next for Russell Wilson?

Will Wilson take a cue from Matthew Stafford and leave his contract alone for a year before re-upping with his new franchise? Generally speaking, it behooves the player to do so, as recency bias can work wonders in amplifying a negotiation. Stafford is likely days away from a $45M+ per year contract extension in Los Angeles, as the quarterback money continues to climb at a much higher rate than any other position.

From a valuation standpoint, Wilson currently projects to a 3 year, $128M extension in our system (tacked on to the remaining 2 years of his current contract. His production has suffered over the past two seasons, along with the Seahawks offense as a whole. With new weapons to play with in Denver, a rejuvenated Wilson easily finds himself in the $46M+ range, especially at just age 33.