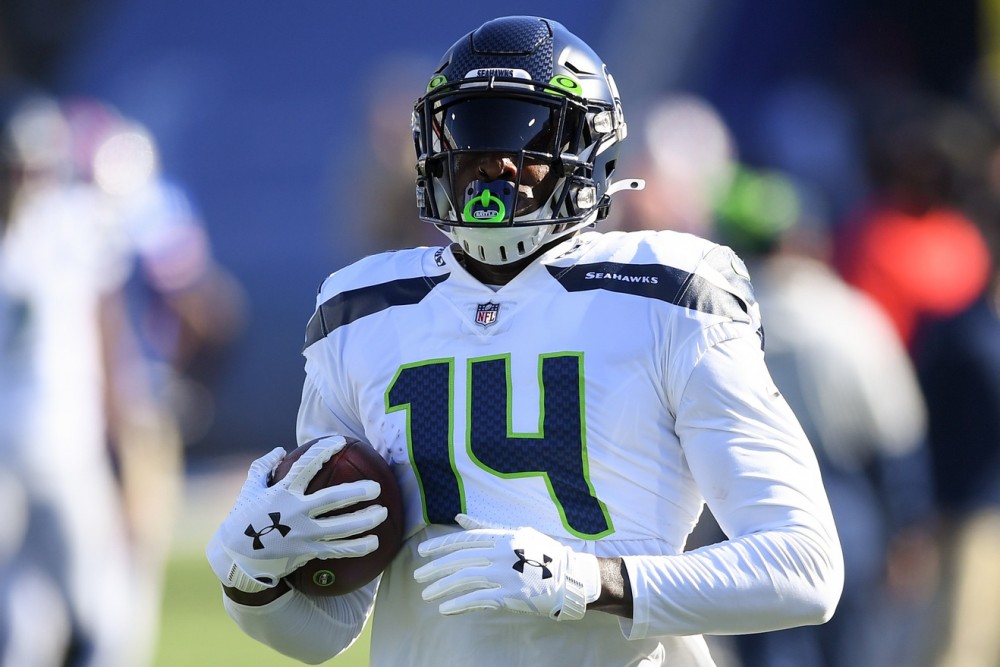 DK Metcalf became the latest wide receiver to grab the bag this NFL offseason, locking in a 3 year, $72M extension with the Seattle Seahawks. The deal runs through the 2025, or Metcalf’s age 28 season, putting him in line for at least one more shot at a major payday. 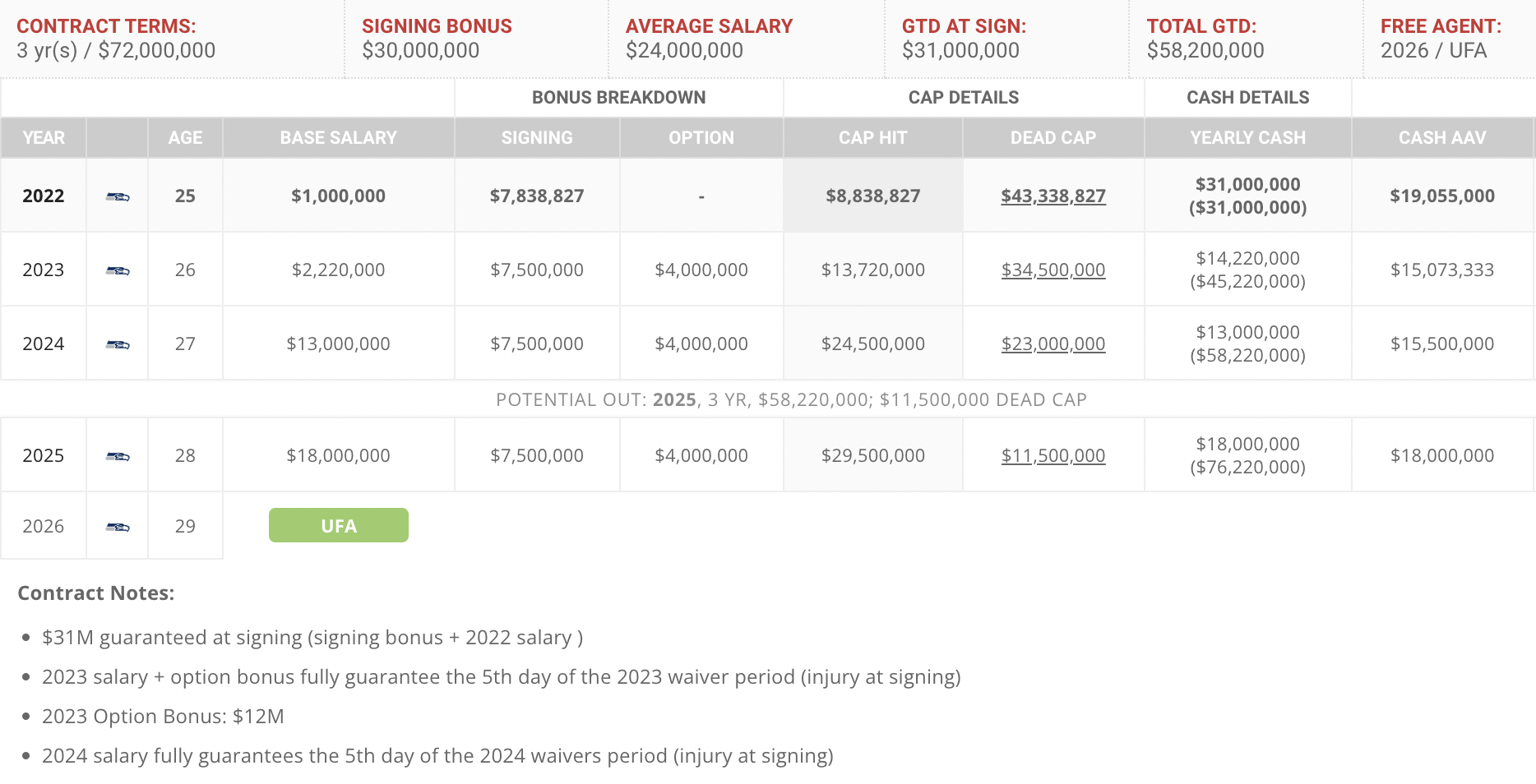 Metcalf becomes the 10th new member of the $20M+ club this offseason.

A record-setting $30M signing bonus hands DK $31M cash in Year 1 of this contract, the most in NFL history.

Seattle’s traditional “double-bonus” structure means this deal is already loaded with dead cap. The Seahawks also opted against adding void years (for now), so the signing bonus only prorates over 4 years, while the 2023 option bonus only spreads over 3.

These bonuses + healthy base salaries make up the entire contract. There are no workout payments, no per game active bonuses, not even an early March roster bonus built in.

Also a Seattle tradition, Metcalf’s contract contains no full guarantees past the first year of the deal. The $31M guaranteed at signing is comprised of his $30M signing bonus, and $1M 2022 base salary.

If he’s on the roster the 5th league day of 2024, another $13M of base salary becomes fully guaranteed.

Metcalf’s deal It becomes the 3rd high impact, 3-year, simple structure WR contract from agent Tory Dandy this offseason (Chris Godwin, Mike Williams). Dandy also represents A.J. Brown, who wound up with 4 new years in Philly, as well as  Marquise Brown/Deebo Samuel - who are certain to be next in this conversation.

This is business as usual for Seattle, but its risky business right now as well. The Seahawks aren’t exactly in a prime window of contention post the loss of QB Russell Wilson amongst others.

It’s certainly plausible that Metcalf becomes impatient with a floundering franchise over the next few seasons, thus seeking bluer skies. However, the double bonus structure in this deal means that Seattle will be taking on extremely high dead cap numbers should they move on (trade or release).

A trade at the onset of the 2024 league year, for instance, would mean $23M of dead cap for the Seahawks (just $1.5M of cap savings). Will this matter to a bad team with no highly paid QB on the roster? Not much, but it’s still of note at the time of this signing.

From Metcalf’s standpoint this is an outstanding contract based on the short term, and stable 3 year guarantee structure. Metcalf will be 28 if he’s extended after 3 seasons, just barely 29 if he plays this entire contract out. Either way, he should have no trouble locking into a new mega deal prior to age 30.