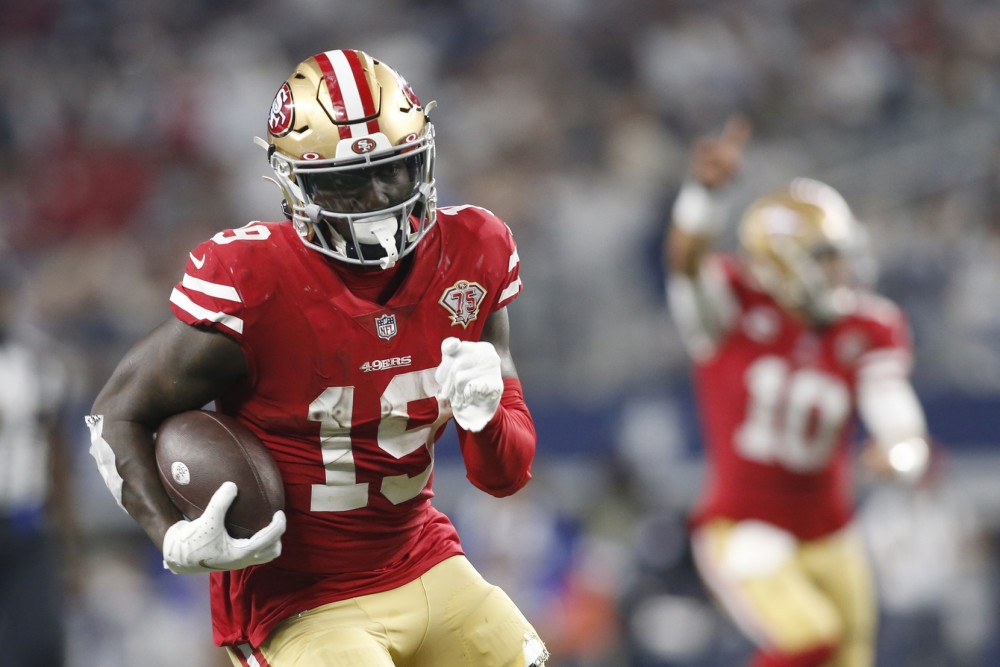 Our weekly series of “The next $50M Wide Receiver” continues, this time with Deebo Samuel, whose 3 year, $71.55M extension with the 49ers includes $41M fully guaranteed at signing. Our deep dive into the rest of the numbers continues here. 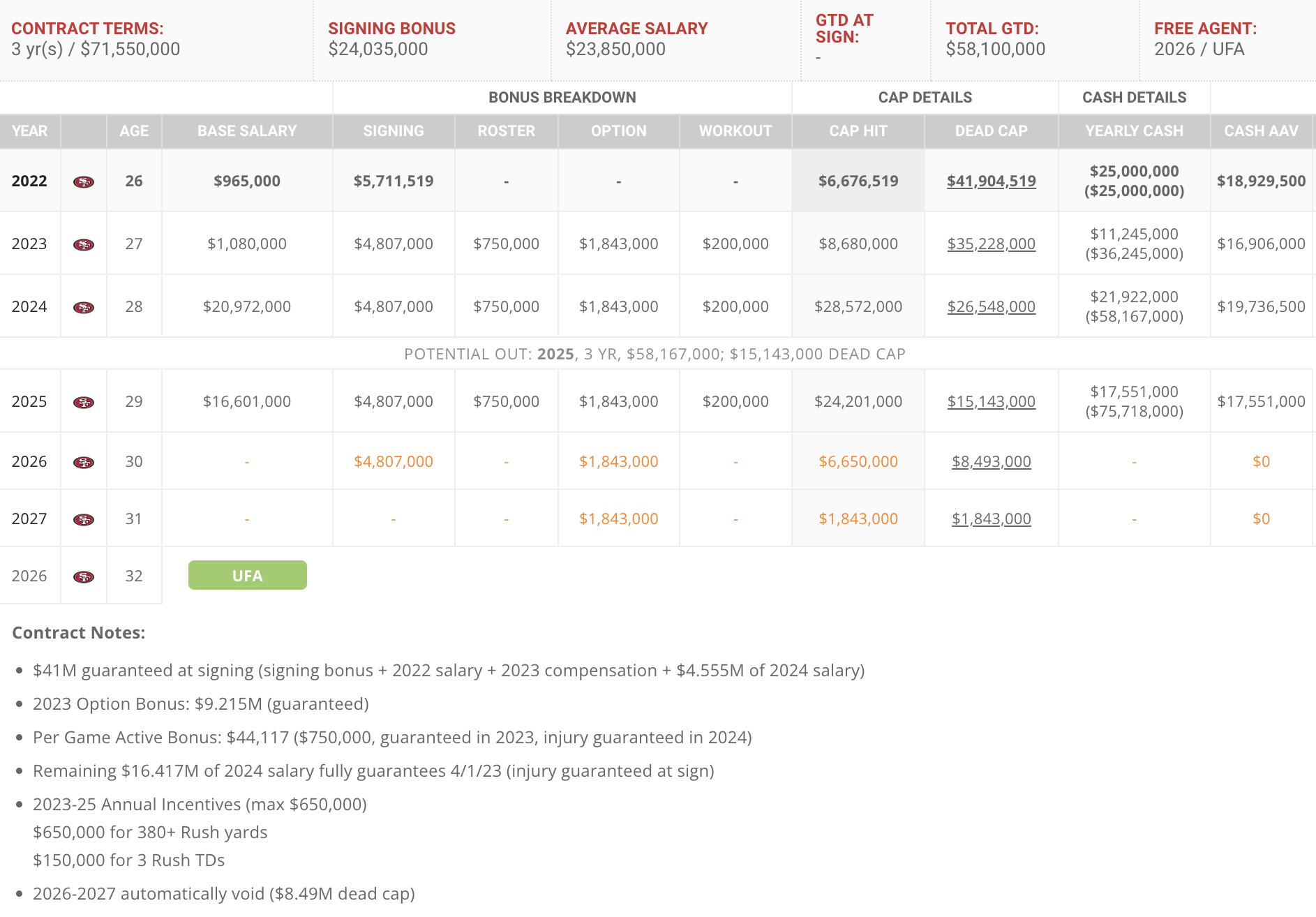 Overall, the AAV is good enough for 8th among active wide receivers, and soon to be 1st on the 49ers (once the Garoppolo situation flushes out).

But who’s counting average salaries anyway. The number that matters most at the onset of this contract is the $58.1M all of which becomes fully guaranteed by April 1st, 2023.

In other words, he’s good for a while. None of the $17.5M compensation for 2025 comes with an early vesting guarantee trigger, making it a veritable option year for the contract.

Deebo’s $41M guaranteed at signing ranks 5th among WR deals, while the $58.1M of practical guarantees chimes in 9th.

Deebo’s $20.9M base salary in 2024 is an obvious restructure candidate, a move that would jack up the 2025 hit, and the voidable dead cap as well.

Deebo wasn’t lying. Early in the offseason, reports swirled that Samuel was unhappy with his role as a gadget offensive weapon, alluding the fact that he wanted to limit his rushing attempts in the 49ers offense.

He backed that sentiment up contractually, building in not-likely-to-be-earned incentives tied to Rushing Yards and Rushing Touchdowns.

In other words, the Niners can choose to use him this way - but it’ll cost them.

This is in no way a top of the market wide receiver contract, but it’s perfectly plausible that Deebo left a little cash on the table in order to guarantee his freedom before age 30. The deal mimics A.J. Brown’s contract nicely, including guaranteed per game active and workout bonuses splattered all over each year following the 2022 season.

With Top 10 guarantees, and Top 10 3-year cash payouts, there’s simply not much to complain about from the player’s perspective. Toss in the unique rushing incentives, and Deebo may become a $24.5M per year player for much of this contract.