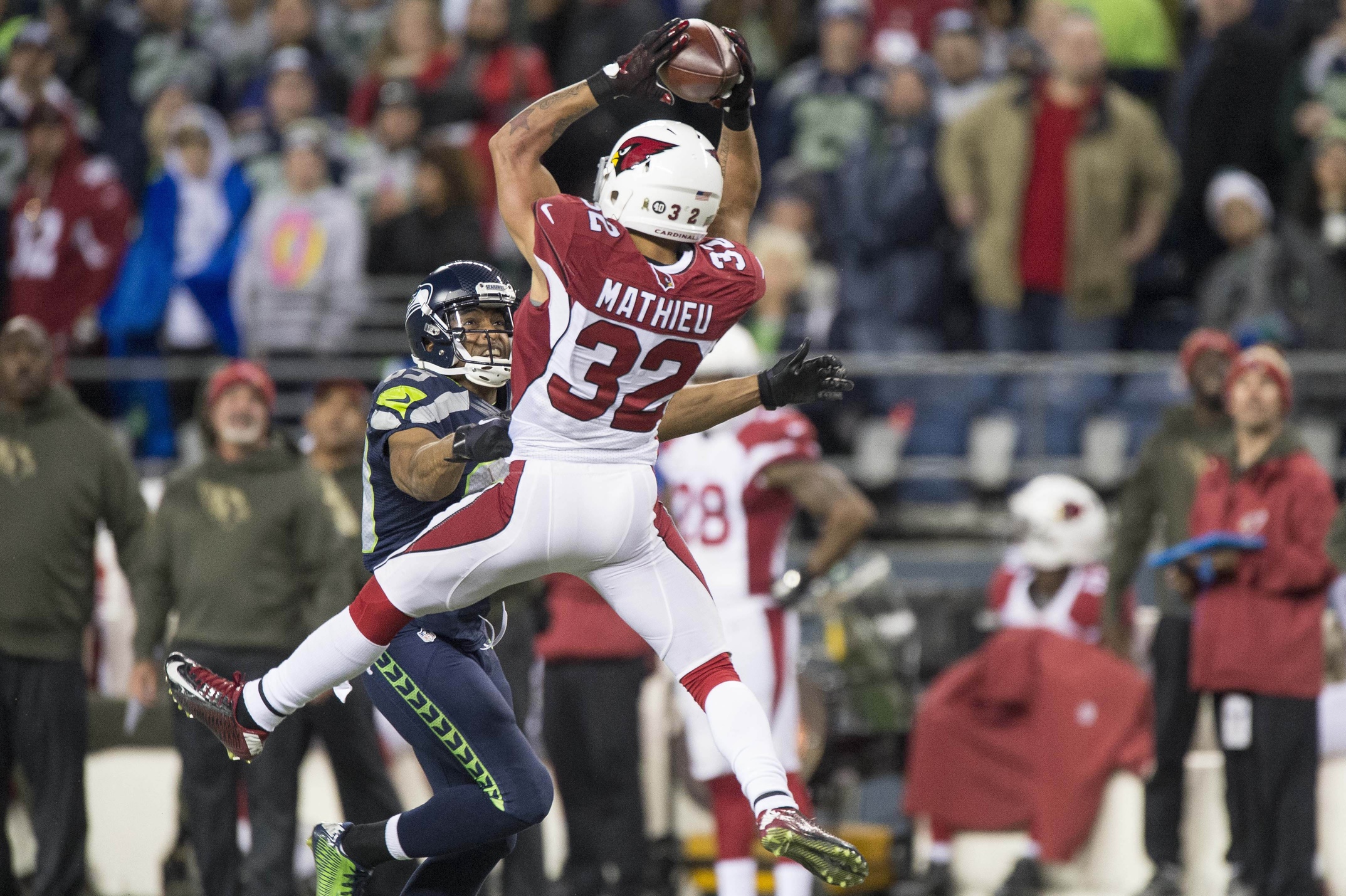 The Arizona Cardinals clearly have seen enough from Tyrann Matheiu to know what they have, and rewarded him this week with a 5 year, $62.5M extension through 2021. The deal includes a $15.5M signing bonus, 2nd only to Joe Haden ($16M) among active defensive backs. Add in $1.17M in 2016 salary, and Matheiu will now earn $16.6M this season, up from $1.671 million in his previous deal.

Breaking Down the Guaranteed Money

One of the more difficult factors in valuing this contract is the versatility Matheiu offers as both a cornerback and safety. Why does this matter? The Top 10 Average Paid Cornerback contracts currently account for an average of $12.9M per year; the average of the Top 10 paid safeties: $8.65M.

While $62.5M looks good in the paper the next day, the reality of NFL contracts is they aren't what they appear to be. The Cardinals can walk away from this deal after the 2017 season, with no cash left to be paid, and $9.3M in unallocated bonus left as dead cap. Realistically though based on the structure of the guaranteed money, this is a 4 year, $43.6M contractthrough the 2019 season. After 2019 the Cardinals will take juat a $3.1M dead cap hit to release/trade Matheiu.