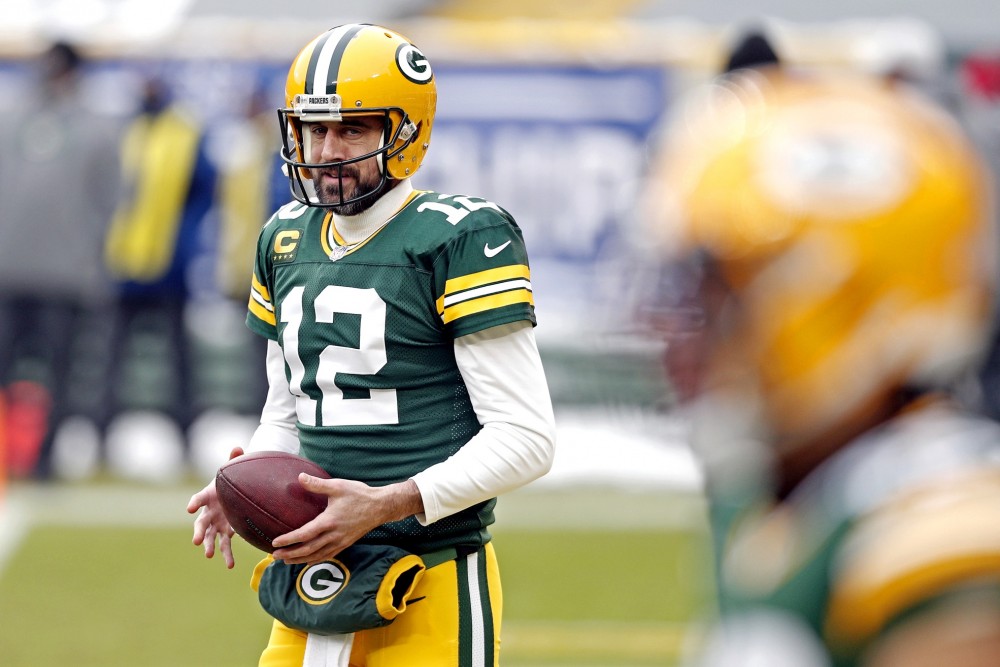 The Aaron Rodgers, Green Bay Packers saga refuses to go away, so we’ll take one final stab at attempting to solve this dilemma, this time via a contract restructure. It’s been said by very smart people that “money is the answer to all problems”, and “deadlines spur actions”, so let’s assume that the closer we get to training camp, the more likely it becomes that the Packers offer an aggressive cash flow restructure to try to lure their future Hall of Fame quarterback back into the facilities. Here’s a look at what that may look like:

I recently tweeted out a list of notable QBs who played at the age of 37, and their respective compensation during that season. That list was led by Ben Roethlisberger, who scored $40M on a restructure with the Steelers back in 2019. The average team cash payroll that year was $194,600,000, meaning Ben scored just north of 20% of that.

The major difference? Ben Roethlisberger was entering the final year of his contract with the Steelers when they agreed to a restructure. Aaron Rodgers has three years left on his contract, which is generally a no discussion zone for starting over (as Xavien Howard is finding out).

The only recent precedent for pulling future money up in a contract that’s three years from expiring is Julio Jones, who held out the spring of 2018 for a new contract, then agreed to a compromised restructure that saw $2M of this 2019 salary converted to an immediate signing bonus. It’s probably safe to assume that won’t get this situation fixed.

When evaluating Aaron Rodgers as if he were in position for a new contract, our projection tool calculates a near $42M figure. We’ll use this as our ceiling for this restructure.

If the plan is (and maybe has been) to keep Rodgers in the fold through 2021, then trade him and subsequently hand the keys to Jordan Love, then this contract restructure can be treated as a 1 year deal - except it isn’t.

There are two things to keep in mind here:

So the plan here now is to pull $42M cash into the 2021 season, while still making him a tradable entity next March, both from the Packers and a new team’s perspective.

The current contract is laid out as such, with $22M built into this season, and $25M+ into each of the next two. For our restructure, we’ll chop off the 2023 year, and pull the $25M base salary from it up into a signing bonus, paid out in 2021.

We’ll also tack on 3 void years to the new contract to allow this signing bonus to prorate over a maximum term for cap purposes. Here’s how things look with these changes in place.

The 2021 season now contains $42M cash, including that new signing bonus, as well as almost $1M of cap space for the upcoming season.

I’ve split up the base salary in 2022 into a corresponding roster bonus that will pay out in early March 2022. This is a move for Rodgers, to ensure that he’s not kept on the Packers’ roster until June 2nd before being traded for dead cap purposes.

Once Rodgers is traded next March, the Packers will take on a $37.2M dead cap hit for the 2022 season, $3.4M more than Carson Wentz’ hit to the Eagles this year, which currently stands as the most in NFL history.

The receiving team in the trade will acquire Rodgers at 1 year, $25.5M, with a $15M roster bonus set to be paid just days after his acquisition, meaning a restructured contract with the new team is very likely (another win for Rodgers). If Rodgers is traded to a team he doesn’t particularly care for, he simply plays out the one year term, and hits free agency thereafter.

This is certainly not an ideal situation for the Green Bay Packers, both as a contending football team and in terms of business. It should also be noted that Aaron Rodgers has in no way publicly demanded a new contract, nor has he stated that he will or will not play football in 2021.

Is a $37M dead cap hit tenable for the Packers in 2022?
It’s not great, but it’s not set in stone either. If the Packers feel they can take on more cap in 2021, then removing the void years or keeping more of the $42M as base salary instead of bonus would allow them to eat more cap today, and less next season.

Will Davante Adams extend his contract knowing Aaron Rodgers will be one and done?
This is a fascinating aside to the Rodgers drama. Adams is due for a top flight WR contract, upwards of $25M a year. If the Packers offer it, it’ll be hard for Adams to say no, even if it leads to him demanding a trade in 18 months. But it’s also plausible that he plays out his current contract, and lets himself hit free agency, offering him endless options - including linking back up with Rodgers.