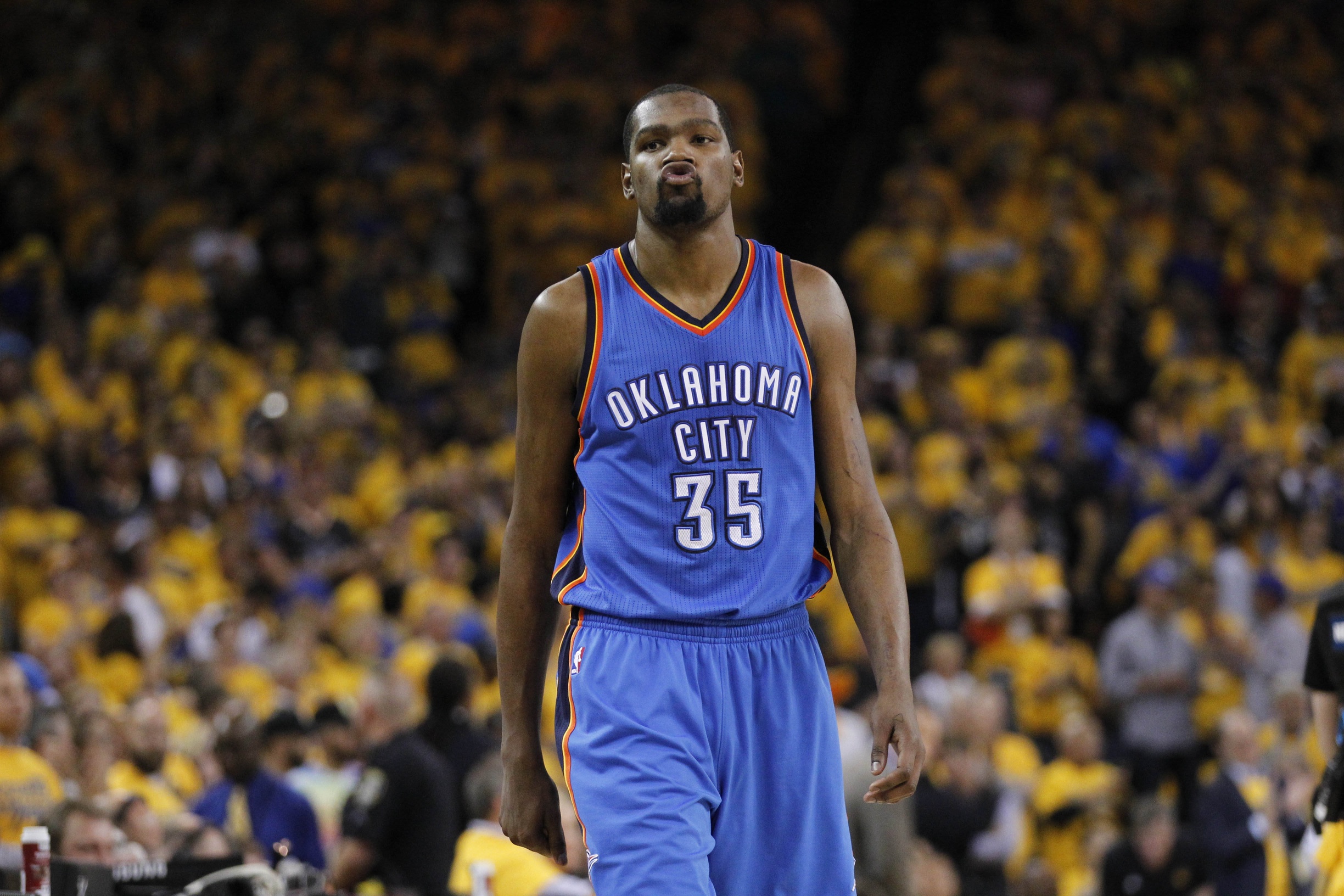 With July 1st just days away the discussion turns away from last week's draft and immediately to the start of the free agent season. We'll take a look at a few notable free agents from each position group, and their financial projections. View all NBA Free Agents

DeMar DeRozan (26, TOR)
The Raptors have been reluctant to hand out max contracts in the past, and DeRozan is a borderline candidate for one at best, but all signs point to him remaining in Toronto, with a huge chunk of money. A max contract in Toronto would be for 5 years, and a projected $152M.
Potential Destinations Include: Toronto

Mike Conley (28, MEM)
With the Grizzlies in need of pieces to push them over the edge, Conley may jump ship to a team more likely to win sooner. While Memphis remains the favorite to sign him back, the recent movement around the league could spark interest elsewhere. With 9 years experience, Conley would be smart to sign a 1 year deal this summer, positioning him for a big pay day when the 2017 cap increases mightily.
Possible Destinations Include: Grizzlies, Mavericks, Spurs, Lakers, Bulls

Rajon Rondo (30, SAC)
Rondo had an excellent season with the Kings, after falling from grace in seasons prior. He's still a bit injury prone and at 30 years old won't have too many more seasons of top production. While Sacramento will do all they can to keep him, it's probably in Rondo's best interest to cash in, especially now with 10 years of service (35% of the cap). A max deal elsewhere can garner him 4 years, $131.5M.
Possible Destinations Include: Nets, Kings, Bulls

Dwyane Wade (34, MIA)
While Wade's better days are behind him, he showed he's got production left in the tank last season. It's hard to imagine him leaving Miami after 13 seasons, and all signs appear to justify him staying. His max salary for the upcoming season would earn him $30.8M, but with team and winning in mind, he's more likely to sign for close to half that. A 1 year $20M contract seems fitting.
Possible Destination Includes: Miami

Kevin Durant (27, OKC)
Durant will likely speak with other notable teams this week, but in doing so the discussion will probably be about NEXT summer. All signs point to him re-signing with OKC on a 1 year $26.4M contract (with a player option for 2017). This will allow both he and Russell Westbrook to hit free agency together next offseason, when the salary cap is set to rise another $15M.
Potential Destinations Include: Thunder, Spurs, Warriors, Knicks

Al Horford (30, ATL)
Like Durant, Horford has 9 years of experience, meaning he can max out at 30% of the cap this year, and 35% next year. This has many speculating the likelihood of a 1+1 (1 year deal plus a player option) contract this summer, allowing him to cash in again next year. Where he signs is a bit of a mystery. His role with the Hawks is certainly valued, but with the recent trade of Jeff Teague, it's unclear how the Hawks are planning to build in the next few months. Horford is already being rumored across the league, so the interest or the pay day won't be a problem. Should he seek a max deal this year, it will be to the tune of 5 years $152M (Hawks) or 4 years, $112M (elsewhere). His 1 year deal comes with a $26.4M salary.
Potential Destinations include: Hawks, Rockets, Magic, Celtics

Chandler Parsons (27, DAL)
Dallas was hoping Parson's would play out his $16M option year before requiring a pay raise, but his opt-out may have sealed his fate last week. With guard/center holes to fill, Dallas almost certainly won't be able to match the money Chandler will be offered elsewhere. A 4 year max elsewhere would bring him $94M, with a $22M salary for 2016-17.
Possible Destinations Include: Magic, Grizzlies, Rockets

Hassan Whiteside (27, MIA)
Whiteside rose from the dead in the past two seasons, culminating 2015-16 on a high note with exceptional defense throughout the postseason. He's now one of the most coveted big men available this summer, and is on the heels of a big pay raise to go alongside. A max contract with the Heat comes to the tune of 5 years, $126.5M, while signing so with a new team comes in at 4 years, $94M. Both carry $22M salaries for the 2016-17 season. The Heat will need to be creative with their cap, as Dwayne Wade, Luol Deng, and Whiteside all slated to hit the market.
Potential destinations include: Heat, Lakers, Celtics

Dwight Howard (30, HOU)
It's not secret that Howard's days in Houston are likely over. While his production increased slightly in 2015-16, he's still nowhere near the asset he once was to an everyday roster. With that being said, Howard and his camp will likely be in search of a good fit, and max money this offseason. It's hard to imagine anyone ponying up 4 years, $131.5M for him at age 30, but a few teams appear poised to enterain the idea. Howard's big offensive days are probably over, as teams looking to bring him on board will be interested moreso in rim protection. He's in interesting watch this week.Possible Destinations Include: Hornets, Hawks, Mavericks, Knicks, Magic

Joakim Noah (31, CHI)
Noah's injury-riddled 2015 won't slow down his interest this summer, with multiple teams in need of a big man who can protect the rim, rip down boards, defend one and one, and pass with his ability. The recent departure of Rose and soon-to-be departure of Pau Gasol will likely push Noah to look elsewhere as well, and following Derrick Rose to the Knicks seems to be a match made in heaven. His 9 years of service means a 5 year $152M max contract with the Bulls, 4 year, $112M elsewhere, 2016-17 salary of $26.4M, but he's borderline to cash in that high.
Possible Destinations Include: Knicks, Wizards, Magic, Timberwolves, Heat

Pau Gasol (35, CHI)
Will opt out and await Tim Duncan's decision in San Antonio before signing elsewhere. He has until 6/27 (4PM) to opt-out.

Tim Duncan (40, SAS)
Will likely retire, paving the way for Pao Gasol to replace him as a role playing big man. He has until 6/29 to opt-out.