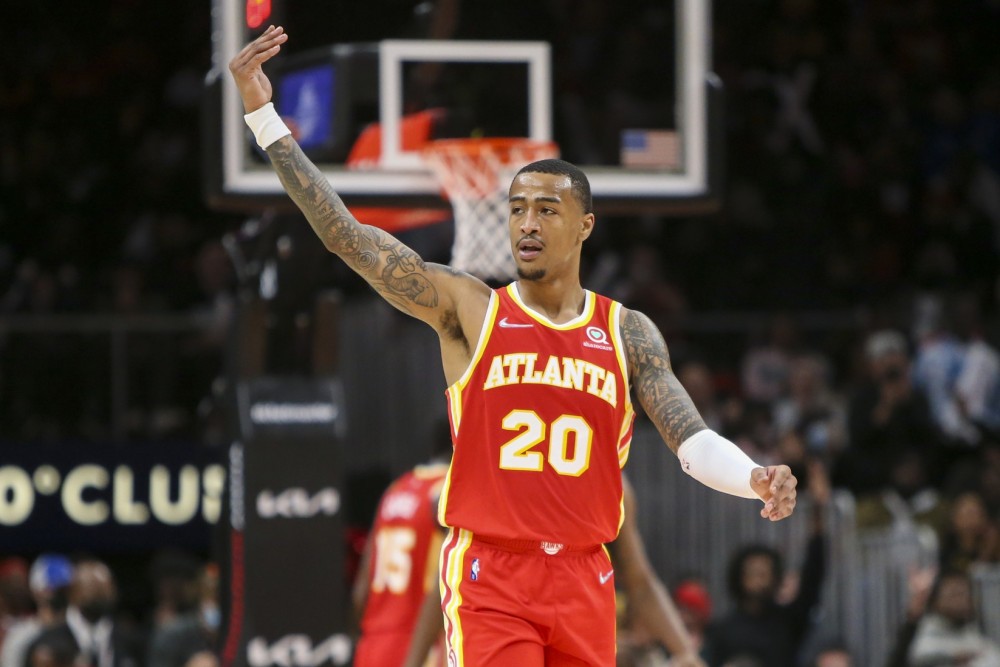 December 15 is a big day on the NBA calendar. On that date, the vast majority of the players who signed over the summer become trade-eligible. While NBA “trade season” doesn’t have an official opening day, December 15 might as well be it. Around the league, executives refer to this period as the “Early Trade Season”.

In each of the last four years, the NBA has seen a trade made somewhere between days and a couple of weeks of “Early Trade Season” opening:

Sometimes the trades involve players where the teams had to wait for the restriction to lift, and other times it’s just time for a deal to happen. Often, these deals are the results of months of trade talks that finally come to fruition in mid-to-late-December. But one thing is certain: be on the lookout for movement when “Early Trade Season” opens in approximately three weeks.

Here’s an initial list of players to keep an eye on:

This one is almost cheating, as everyone is waiting on a trade that sends Crowder away from Phoenix. Crowder requested a trade over the summer and hasn’t returned to the Suns, even with Cam Johnson out long-term. It’s just a matter of time before Crowder is dealt.

The Hawks have been talking Collins’ trades for the better part of three years now. This year it feels like it really could happen. Collins’ role in the offense has shrunk after Atlanta acquired Dejounte Murray. In addition, Atlanta appears to be very tax-conscious right now. That’s not just for this season, but next season as well. That’s one of the motivating factors in talking about trading Collins.

Yes, Detroit recently extended Bogdanovic after acquiring him shortly before the preseason. But that extension makes Bogdanovic an even more interesting trade asset. A contender can acquire him now and feel good about Bogdanovic sticking around beyond just the rest of this season.

Poeltl is high on everyone’s list for the most likely center to be traded. He’s a top-tier rim protector, solid rebounder, better-than-you-think scorer and good passer. And Poeltl has a team-friendly deal at just $9.4 million. Unfortunately, that deal also makes it unlikely Poeltl will extend. So, if the Spurs think Poeltl might leave in free agency, exploring the trade market is best for a clearly rebuilding (read: tanking) team.

Turner’s destiny is apparently to be in trade rumors for the rest of his career. But, as we recently wrote about, it’s more likely that Turner will do a very rare renegotiate-and-extend deal than it is that he’ll be traded. But until the deadline passes, Indiana’s big man will be in trade rumors every day.

Hield is in the same boat as Turner, as far as trade rumors go. But with the Pacers playing well, and not inclined to tank, Hield may stay put. His situation is slightly different, as Indiana has a bunch of younger guard prospects that could slide into Hield’s spot in the lineup this year or next.

Nwora is one of the lesser-known name on this list, but he’s an interesting trade candidate because of his $3 million salary. If the Bucks are going to make a deal for a rotation upgrade, it’s very likely that Nwora, and probably Grayson Allen, will be involved.

Mills has more or less fallen out of the Nets rotation. Even while Kyrie Irving was serving his suspension, Brooklyn went with other guards ahead of Mills. If the Nets are going to make a deal, Mills and his $6.5 million deal will likely be involved.

Despite his recent (minor) injury, Muscala will be someone teams looking for a big will ask about. He could be a solid 15-20 minutes per game contributor on a contender.

This one will take a bit longer, as Bamba isn’t trade-eligible until January 15. But Orlando has a glut of bigs now, and Bamba is on a very tradable deal. He’ll be in trade rumors as soon as he’s eligible to be dealt.

Sometimes a team makes a fairly minor signing, pays a bit more than they should have, and they undo it about as soon as they can. If the Kings are making any kind of moves, it’s likely Okpala or Moneke will be involved.

Similar to the Kings players above, but not really a minor signing, is McGee. After beginning the year as a starter, McGee is now buried in the Mavs rotation. This one screams a trade to correct a mistake of a summer signing.

This signing wasn’t a mistake, but Gallinari’s torn ACL during EuroBasket completely changes the context. Boston is kind of out of tradable deals, because their best contracts belong to rotation players. If the Celtics are going to upgrade their rotation, it could mean Gallinari being traded. Then, look for him to possibly opt out, and re-sign with Boston again in free agency next summer.

Coffey is a pretty good player. But if the Clippers are going to make a rotation upgrade at any point, they’ll need to part with a couple of good players. Coffey’s $3.4 million salary is the perfect throw-in salary amount to plus-up a trade. And he’s more than a throw-in player, which makes him a nice trade asset. The drawback? LA needs wing depth due to the shaky injury histories of Paul George and Kawhi Leonard. That could see the Clips hold back from dealing Coffey.