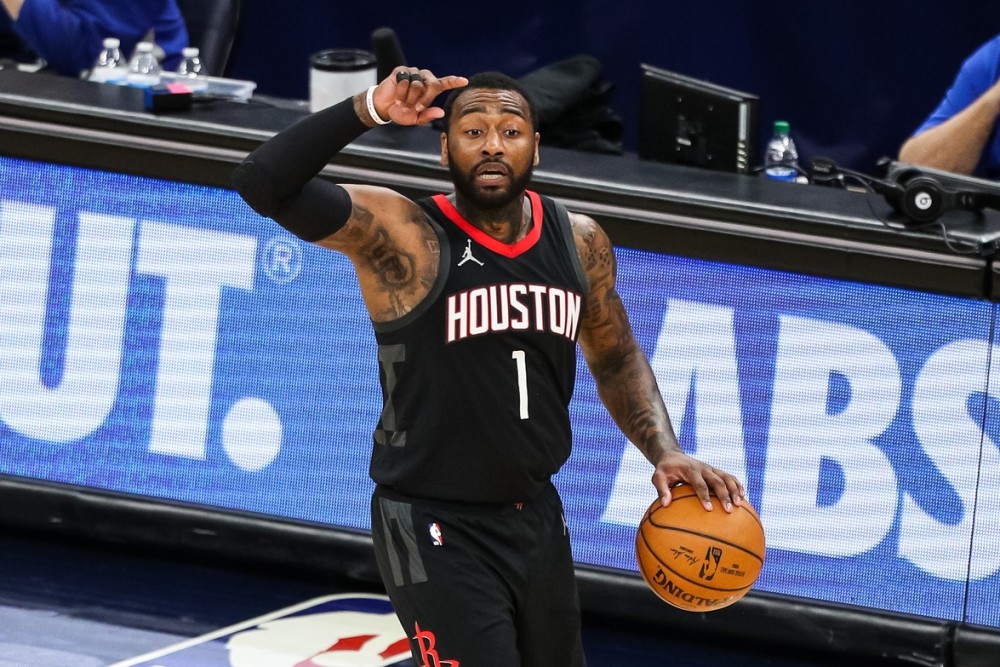 Multiple NBA teams aren’t waiting for the trade deadline to get close to make their moves. The Indiana Pacers and Portland Trail Blazers have already made major moves that have altered the future for their franchises. A few others will join them before Thursday’s deadline.

Then, almost as soon as the buzzer sounds at 3:00 PM ET on Thursday, teams will shift towards “buyout season”. Players who are currently on NBA rosters must be waived by 5:00 PM ET on Tuesday, March 1 in order to be eligible to play in the 2022 playoffs. (Note: Waived by that date. Not signed by March 1.) That leaves a period of two-and-a-half weeks for players to work buyout agreements before catching on for a playoff run.

Here’s a list of players to keep an eye that might reach a buyout agreement after the trade deadline.

Augustin recently said he doesn’t want to leave Houston. He’s a Texas-native and is enjoying being home. But contenders are often looking for veteran point guard help. If Augustin can catch on with a contender and chase a title in his 14th season, that draw may be enough for a buyout.

The Blazers acquired Bledsoe as part of the overhaul of their roster. But Bledsoe was acquired more for future cap flexibility than his skills as a player. Portland is expected to eat the $3.9 million Bledsoe is guaranteed for 2022-23, if they keep Bledsoe this season or not. If they can get that number down via a buyout, look for Bledsoe to hit the open market in the coming weeks.

Toronto is trying to package Dragic and a draft pick in a trade to upgrade their depth. The Raptors are looking for a center, but are open to any deal that pushes them forward this season and in the future. Given Dragic has as $19.4 million expiring deal, which is an attractive trade chip for a team looking to shed some salary. If no trade is made, Dragic will probably be one of the first players bought out after Thursday’s trade deadline.

Ibaka is in a bit of a weird place. The Clippers certainly aren’t trying to lower their luxury tax bill, as witnessed by taking on significant salary in the Normal Powell and Robert Covington trade. LA is also a lock to be at least in the Play-In tournament. But Ibaka’s role has been in flux all season, as he’s dealt with a back injury. If the Clippers feel it’s best to move forward with Ivica Zubac and Isaiah Hartenstein at center, they could buy out the remainder of Ibaka’s expiring $9.7 million deal.

It’s unclear what the Kings plans are for Lamb, after acquiring the veteran guard in the Domantas Sabonis-Tyrese Haliburton trade. They could use the guard depth, after trading away Haliburton and Buddy Hield. Sacramento is also not giving up on pushing for a Play-In spot. If they feel Lamb can help in that pursuit, they’ll keep him. If not, they could work a buyout of Lamb’s expiring $10.5 million contract and let him free to join a playoff team.

This one is a bit of a weird situation. Lopez has no desire to leave Orlando, and the Magic aren’t shopping him. But Lopez is playing out a one-year, $5 million contract, so he’s eminently tradable. It’s unclear what the plan here is, but Lopez would be an upgrade for teams looking for a backup big, via trade or buyout.

The Nets have already let Millsap know they are open to trading him to a team where he can play a bigger role. If that doesn’t happen, Brooklyn will eat the one-year, veteran minimum deal and will set Millsap free to join a team of his choosing.

Like Eric Bledsoe, Satoransky was acquired during Portland’s trade deadline makeover. The Blazers are now flush with guards and don’t have a need for the veteran. Because he’s on an expiring $10 million deal, look for Satoransky to take a buyout and to join a contender.

The Pacers acquired Thompson as a part of the big Domantas Sabonis-Tyrese Haliburton swap with the Sacramento Kings. Indiana’s season is going nowhere and they’ll give their center minutes to Goga Bitadze and Isaiah Jackson until Myles Turner returns. Look for Thompson to reach a buyout agreement on his $9.7 million expiring contract. That will allow him to catch on with a contender looking for center depth.

Wall is the only player on this list with real money remaining beyond this season. That’s the complicating factor in both trade and buyout discussions for Wall. He’s owed $91.7 million through 2022-23. There’s not likely to be a trade coming, given the size of his deal, and Wall has said he’s not inclined to give money up in a buyout. But at his age, let’s see if the trade deadline passes and Wall changes his mind. That’s exactly what played out with Blake Griffin last season, but that also involved over $16 million less in salary to buy out.

The Spurs already made one in-season trade, which fulfills their internal quota for the next half-decade or so. But if San Antonio wants to make another deal before the deadline, they should be able to find a home for Young. The veteran big man has been somewhat in demand for contenders looking for frontcourt depth. One challenge in a trade is that the Spurs won’t take on any long-term salary. That could leave Young left to reach agreement on a buyout, which San Antonio is definitely amenable to.

This one is a catch-all, because the Lakers are fully expected to free up some roster spots via trades or waivers. Despite scuffling along under .500, Los Angeles knows veterans will sign on to attempt a playoff run with LeBron James and Anthony Davis. This won’t be a major buyout (no Russell Westbrook won’t get bought out), but more of a retooling at the backend of the roster. DeAndre Jordan, Kent Bazemore and possibly Wayne Ellington could all be casualties of the Lakers churning their final few roster spots.