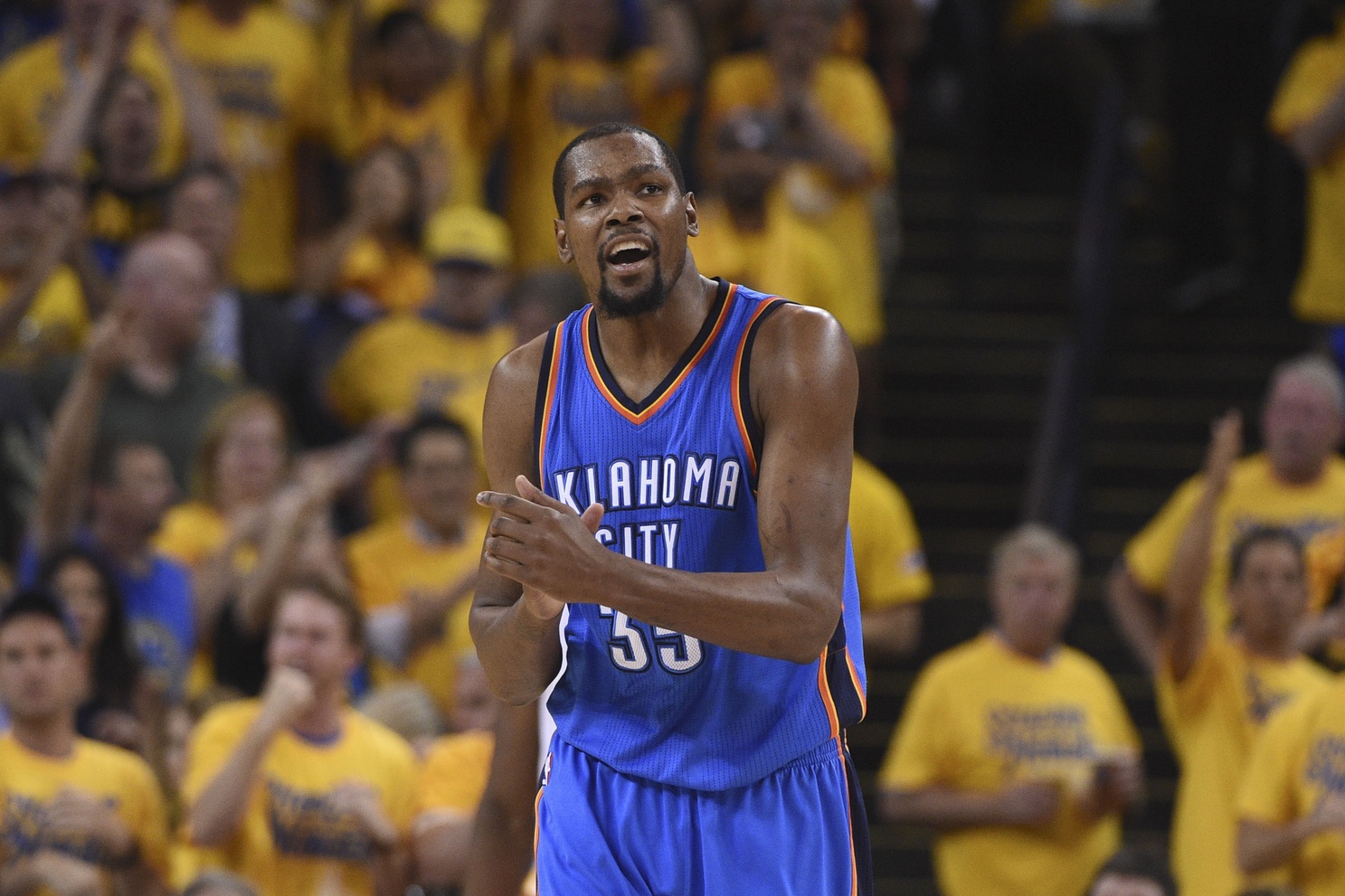 Kevin Durant spun the sports world into a frenzy yesterday when he announced by way of the Player's Tribune that he would be joining forces with the already stacked Golden State Warriors for the 2016-17 season. Contractually, as expected, Durant has agreed to a "1+1" deal, providing him a maximum salary of $26.5M next year, with a $27.7M player option for the 2017-18 season. Like many of the other elite players in the game, Durant will likely opt-out after next season, putting himself in a position to cash in on a salary cap that's expected to rise another $13M-$15M in a year.

Nothing. Because Durant held Full Bird rights with the Thunder, he was eligible for a maximum 1+1 contract whether he stayed or left. The difference in compensation would have come into play should he have agreed to a maximum multi-year contract. In that case, the Thunder would have been eligible to sign him to a 5 year $152.6M contract. But the Warriors would only have been allowed to max him out at 4 years $113.3M. This difference will likely come into play next offseason.

How Much Does Durant Stand to Lose Next Year?

By leaving Oklahoma City, Durant has forfeited his full-bird right status. He'll enter the 2017 offseason with one year of service for the Warriors, making him a Non-Bird right candidate heading back into free agency. This means that were he seeking a maximum multi-year contract next offseason, Golden State would only be eligible to offer him a 4 year extension structured with a 1st year salary of 120% of this year's compensation, with annual raises of 4.5%. In other words, assuming a $107M team salary cap,  the Warriors can offer Durant a projected 4 year, $136M extension, or an annual aveage of $34M per year.

Were Durant to seek a maximum multi-year contract with a new team next offseason, that team would be able to offer him a 4 year, $156.6M extension - an average annual salary of nearly $40M per year.

In other words, by leaving Oklahoma City this year, he walked away from a minimum of $46M that could have been earned were he to sign a 1+1 then a 5 year maximum contract with the Thunder. He's clearly looking to win now, while still making quite the pay day to go along with it.

Either way, as exciting as this NBA offseason has been, the summer of 2017 is setting up to be even bigger.