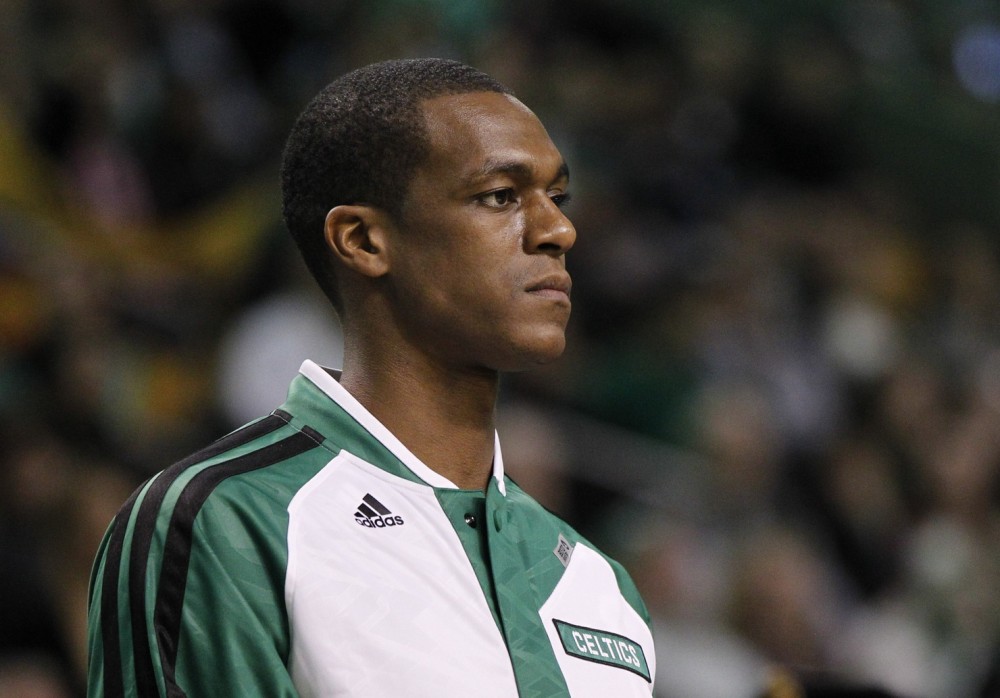 The recent conversations that have come out of Boston and many media outlets is whether or not Rajon Rondo should be traded at the deadline or signed to an extension as a franchise rebuilding focal point. The most recent report that has come out is that Danny Ainge has sent an extension offer to Rondo and his camp; however, they turned that offer down. The question that comes up is what type of extension will Rondo be seeking? There is no doubt Rondo is probably going to be seeking 5-year maximum extension, which is probably not what the Celtics had just offered to him.

Based on previously signed point guard contracts and a comparison of Rondo's statistics with those point guards, we'll look to see whether or not Rondo is currently worth a 5-year maximum extension.

Comparable Point Guards
To generate a prediction the Spotrac team determined that the following point guards were viable targets to use in comparing with Rondo. The key was to locate players with recently signed maximum extensions. Here's a look at the contracts signed by each. To determine a more likely starting point for our numbers, we'll perform a linear regression of each contract breakdown listed below.

1 Year 1 salary was based on 105% of last year of previous contract, which resulted is larger amount than defined maximum salary.

2 Year 1 salary was based defined maximum salary, however, received 30% of cap designation due to the "Derrick Rose Rule."

* John Wall's contract terms are estimated due to 2014-2015 cap having not been defined.

It is obvious where Rondo's offensive performance is lacking - 3-point%, Free Throw %, and Points/Game. Moreover, Rondo turns the ball over 19% more than the other comparible point guards. However, Rondo is much more of a facilitator having outperformed the comparible point guards substantially in Assists/Game. Furthermore, even with Rondo's kneee injury he has played more on average in minutes/game.

To determine the value for Rondo, we'll split the difference between the median and average prime (-5.36%).

Length of the Contract
Rondo's performance dictates that he indeed deserves another 5 year contract from Boston, especially if Boston is set on that Rondo is going to be the backbone of their rebuilding efforts.

Value of the Contract
Rondo's overall performance and Prime Percentage does not necessarily dictate that he should receive an estimated maximum extension of $100.3 million.