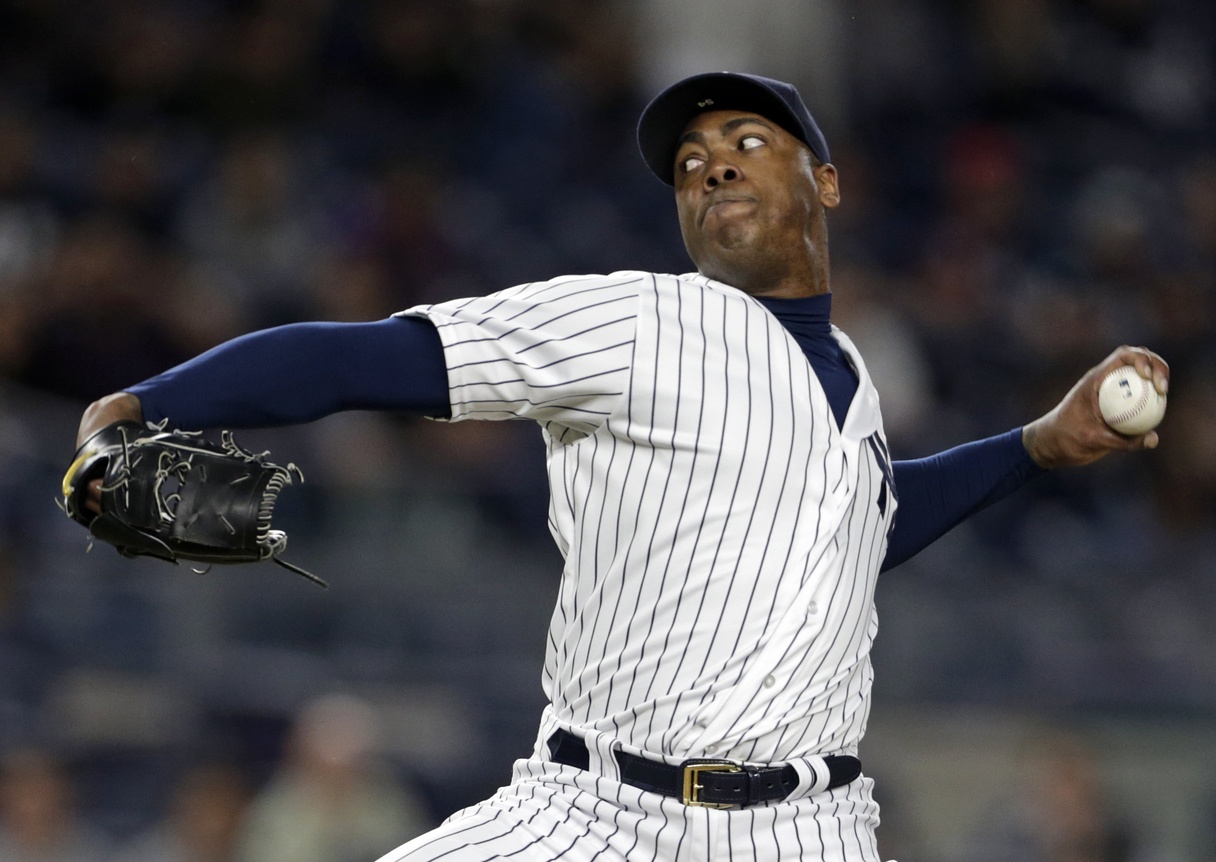 He's never been categorized as a "great" player, likely in large part to the struggles the Reds have had winning in his time there, through 9 seasons Bruce is averaging 30 HRs, 94 RBIs, 32 2Bs, and a .786 OPS. His initial trade interest appears mild, but could/should heat up in the next week.

Lucroy's made it clear that he's ready to join a winning franchise, but the Brewers price appears too rich for teams who are truly in need of an upgrade. It's possible an AL team with a need at 1B/DH could also come into the conversation.

The Yankees haven't officially become sellers, but every team in contention is ready & waiting. Both Chapman and Andrew Miller appear poised to be on the move, with the Dodgers, Giants, Cubs & Rangers all likely trade partners for the former.

He's here because the rumors have been flying for months, but Braun's recent production + his mammoth contract ($95M remaining) seem to make him a VERY unlikely trade candidate. The Brewers might be going in the wrong direction, but Braun is still a guy you can build your team around.

At 36 years old, Hill certainly isn't the sexiest name on the trade block, but he's been getting the job done in Oakland (9-3, 2.25 ERA, 90K). He's arguably the best available rental arm heading toward August.

He drops on this list because we're not convinced the Rockies will ever make this move, but if he becomes available, he's a Top 3 candidate. Carlos is on pace to repear his 40 HR, 97 RBI performance from 2015, while improving his batting average (.316) by 50 points. It will take a haul to get him, but he's a "Cespedes to the Mets" type of impact acquisition.

While the average (.291) is up, and strikeouts (27) are down, Reddick's power appears to have fallen off a bit in 2016. A lingering thumb injury should also post red flags for teams with interest this deadline.

Valencia certainly isn't the best defensive 3rd baseman in baseball, but he's offestting this concern by continually hitting for power and production. He's a prime trade candidate for a team looking to add pop to their lineup, potentially moreso for AL teams with the DH spot (Houston, Texas, Cleveland).

The Rays are one of those franchises that look to move players before they enter arbitration/free agency in order to keep their annual payroll low. Odorizzi has posted back to back to back "good" seasons in Tampa, and could be a good depth piece for a team like Texas, who can't seem to keep pitchers off the DL.

One of the biggest surprises of 2016 continues to pitch well, even as the Phillies slip out of contention down the stretch here. He's an innings eater and has experience in both leagues now, making him a nice addition to a contender.

He's still hitting for power, for production, in the clutch, when no other Yankee is, etc. The 39 year old is on pace for 30 2B, 30 HR, 100 RBI, and an average hovering around .300. If the Yankees put on their selling hats, Kansas City, Houston, and Cleveland will be calling.

The list of teams waiting of the Yankees to make Miller available appears endless, with Cleveland and Texas at the top. The Indians' need for depth and a left-handed-arm in their bullpen make them a prime fit.

Carter's mammoth power has to be peaking interest. He's averaged 30 HR & 80 RBIs over the past 3 seasons, and has posted 22/52 already in 2016. He'll strikeout plenty, and will never hit for average, but he's a nice option off the bench in October.

Santana's come on as of late, making him a prime candidate to eat up innings down the stretch and in the postseason for a contender. Minnesota will likely need to keep some of the $33.6M owed to him through 2019 though.

Lowrie's versatility on the infield and past power/production at the plate make him an intriguing player for contender teams at the deadline. However he's owed $3.11M more in 2016, $7.5M in 2017, and holds a $6M club option in 2018 with a $1M buyout.