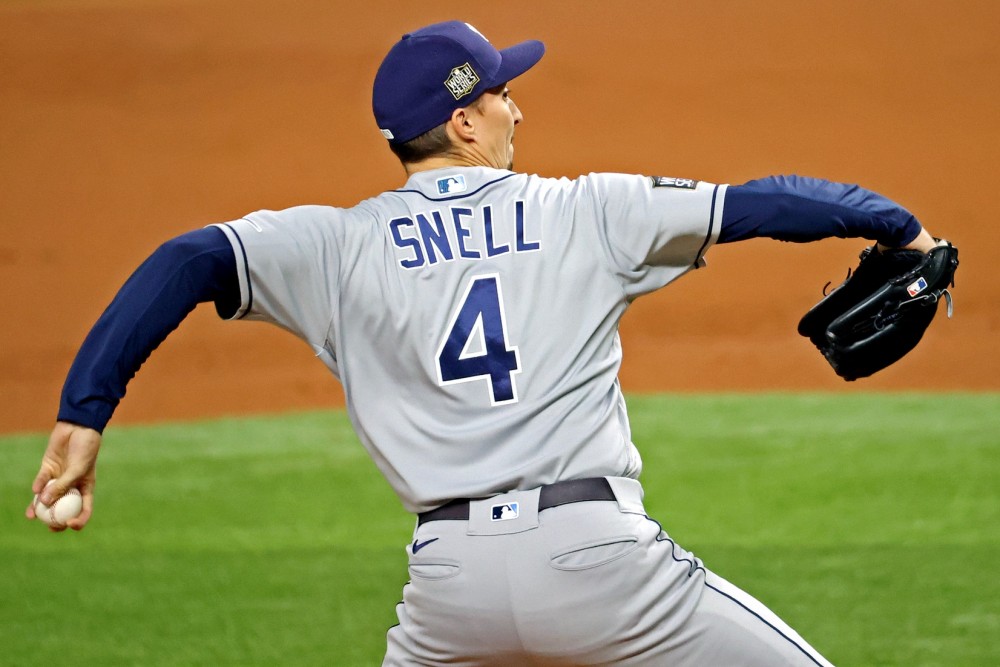 The Diamondbacks are in a weird spot, having spent in free agency last offseason, then selling off key parts at the deadline amidst a dreadful 2020 season. If the plan is to continue cutting dollars, Escobar’s $7.5M salary would likely be next on the list. He’s a great fit for teams that don’t want to part ways with assets to acquire Kris Bryant, Nolan Arenado, etc…

Bryant’s been in the thick of trade rumors for two years now, while also battling MLB & the Cubs in court per his service time workaround. The 28-year-old projects to earn just under $19M in the final year of arbitration, despite a 2020 season where he posted .206/.293/.351/.644 - all career lows. It’s a buy low time for a few teams, and the Braves stand out as the frontrunners this winter.

Schwarber and the Yankees were linked together last winter, and while it’s possible the two sides could still be discussing this move, the uncertainly of Giancarlo Stanton probably has NY thinking more conservatively. The Twins may need to replace Nelson Cruz’ power in 2021, and a healthy Schwarber, who’s projected to earn $8M in the final year of arbitration, could factor into that.

Easily the biggest name of the offseason, the Indians haven’t exactly been secretive about their wish to offload their charismatic shortstop this winter. But cash-strapped teams many without a glaring need at the position will make this easier said than done. Lindor projects to earn around $20M in his final arbitration year, & carries a $27.5M valuation in our system - but he’ll be seeking between $200M-$300M in a forthcoming extension. Will he be someone’s 1-year rental?

Cookie Carrasco has 2 years, $24M to go on his current deal (plus a $3M buyout in 2023). While the long-term production likely won’t match the price tag, he’s still an upgrade for plenty of rotations heading into 2021. Cleveland needs outfield help, so teams like the Mets, Yankees, Blue Jays, or Angels who have a bit of a surplus in that department could be in play here.

It’s not a secret that despite signing the extension in Colorado, Arenado is not a happy camper. With $199M remaining through 2026, this won’t be an easy move to get done, but it’ll only take one buyer. Fresh off an approved ownership change, this would be a pretty nice way for the Mets to make some noise this winter, adding a clear upgrade both offensively & defensively to a young and potent lineup.

Story is entering a walk year in Colorado, set to make $17.5M in 2021 before becoming a free agent next winter. The Rockies likely aren’t in a position to extend him, so acquiring assets for him now appears to be their best move. It’s possible teams that swing and miss on Lindor will consider this their Plan B. The 27-year-old carries a near $27M valuation this winter.

Gonsolin held his own for the Dodgers this postseason, but his role in the rotation seems shaky at best with David Price back into the equation going forward. He’s a buy low solid upside move for many teams looking to add depth in 2021, and he comes with 5 years of team control ahead of him.

The Marlins gave up 3 prospects at the deadline to acquire Marte for the 2020 stretch run, so giving up on him this winter wouldn’t be ideal. But with a $12.5M salary to boot, he may be too rich for Miami’s plans. There’s a market for the 32-year-old if the Marlins need to find one.

The RP market is starting to feel like the placekicker market in the NFL. At some point, this position could legitimately become a round-robin carousel throughout the season. Hader’s numbers have declined a little bit each of the past 4 seasons, so the time to get out for Milwaukee seems to be right now. He projects to a near $6M salary in 2021, and still holds 2 more years of arbitration in tow, so there’s some value to be had for bigger markets & contenders.

The Mets would be selling high on Smith, who had a breakout year in 2020 - especially as it pertains to extra base hits. He’s an above average defensive first baseman, and could become one of the centerpieces for a trade to acquire Nolan Arenado or Fracisco Lindor. Smith projects to around $3M in 2021, with 3 additional years of arbitration still on his plate.

Rosario’s role was depleted by the immediate impact of youngster Andres Gimenez. Still just 24-years-old, Rosario has shown flashes of power, and his defensive play took major steps forward in 2020. He’s a nice fit for a low payroll, rebuilding organization looking to catch lightning with value.

Frazier proved he can hit consistently at the major league level in 2020, and might be too valuable (and inexpensive) to let go of right now for NY. But if the return is starting pitching, the Yankees will be listening. Frazier has 4 years of arbitration ahead of him, including a projected $2M salary for 2021.

Despite an improvement defensively, Sanchez’ batting metrics dipped to an ungodly .147/.253/.365/.618 in the shortened 2020 season. He struck out 41% of his at bats, and provided a negative WAR for the Yankees last year, putting his value on the trade block at an all-time low. With two years of arbitration left, including a projected $5.75M in 2021, the cost may be too rich for many teams to consider.

Probably the most attractive option on a depleted Pirates team, Musgrove enjoyed career numbers in 2020, including a 3.86 ERA, 1.2 WHIP, and an uptick in strikeouts. He’s a nice middle of the rotation addition to pitcher-needy teams, and comes at a projected $3.75M in 2021, then another year of arbitration in 2022.

Bell has two years of arbitration remaining, including a projected $6M salary for 2021. He posted career lows in 2020 on a Pirates team that continues to be underwhelming at best. Boston, Milwaukee, & the Nationals appear to be in need of a steady 1B bat for the upcoming season.

With Buster Posey & Joey Bart now both rostered, Belt and his $16M salary for 2021 seem like overkill. The Giants may need to retain some of the cash to get a deal done, but a team like Milwaukee could be interested for the right price.

On its surface, the Rays trading Snell seems ridiculous. Keeping aside the obvious discontent he showed with the quick plug and the Rays consistent short outings for their starting pitchers, this is about money. Snell’s salary jumps above $10M for 2021, nearly 20% of what the Rays like to carry their entire season payroll at. TB has been selling early on starting pitching since their inception, so at least fielding calls for Snell this winter would be status quo.

Texas could be big time sellers this winter, & Lance Lynn on a modest $8M salary for 2021 would be a coveted name. The 33-year-old posted a 4 year low 3.32 ERA, 1.06 WHIP with just 25 walks in 84 IP last season, and seems a safe bet middle rotation acquisition for teams in need. The Angels have to be considered in the mix (for all pitchers)…

The Blue Jays are likely going to upgrade the CF position this winter, putting Grichuk’s availability in question. He posted a nice uptick in production across the board in 2020, showcasing himself nicely for teams looking to add a veteran bat for less than $10M. Still, the $28M due over the next three seasons could be too steep for some.