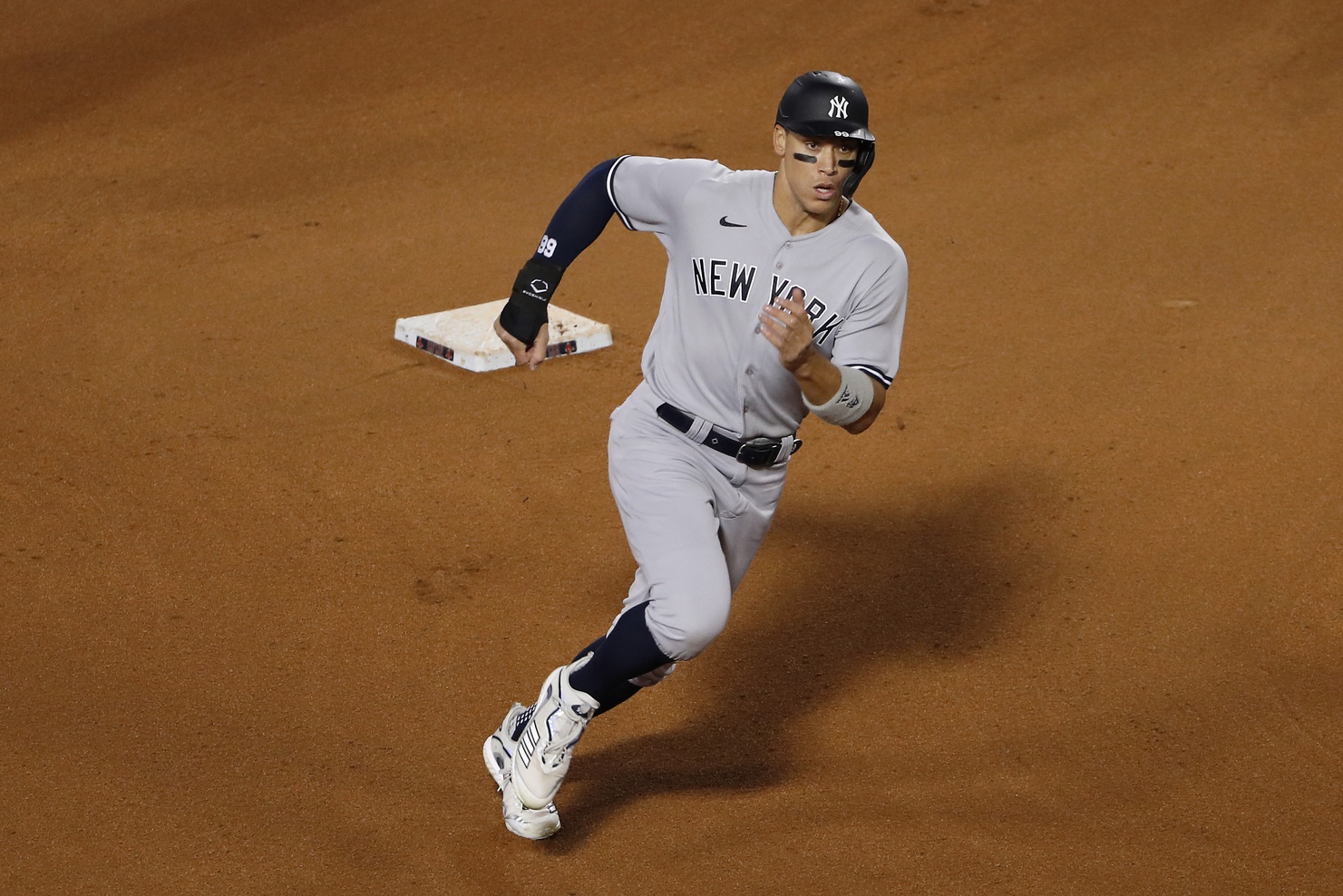 After declining the qualifying offer from St. Louis, Ozuna wound up signing a one year deal with the Braves for nearly exactly that price ($18M). The 29 year old put up .338/.431/1.067, with 14 doubles, 18 homers, and 56 RBIs in 60 games. He’ll be seeking multi-year security this time around, & it’s tough to imagine the Braves letting him walk.

Jeffress became the rock that solidified a chaotic Cubs bullpen down the stretch. His age (33) is a bit of a red flag, but he’s done enough to secure a legitimate free agent deal should he hit the market.

Colome was simply outstanding in 2020 despite a stink on the IL with back spasms. His consistency helped a young WhiteSox roster push toward the top of the AL for much of the season. Paying closers with small sample sizes big money has backfired for many teams, but it’s tough to see Chicago passing here.

Bauer’s tenure in Cincinnati has always been assumed as a “rental”, but with the Reds now into the postseason, a magical run could change that tune. He’s been public in stating he’d prefer one year deals to control his career path, but as the top starting pitcher set to hit the market, he’ll likely be shown plenty of multi-year offers with big time bucks. His best comp is currently Yu Darvish who locked in $21M per year with the Cubs.

Lindor’s been one of the elite young stars in the game since joining the fold in 2015, but he had his worst season statistically in 2020. The 26-year-old has one more arbitration eligible year in 2021 before hitting the open market, and the Indians will have the tough decision of holding on to him through the end, or flipping him early enough to pull back a decent trade haul. His two-year splits align him with Manny Machado, who scored $30M a year from the Padres, with a down here bringing his projection to the $27M mark.

Springer followed up an outstanding 2019 with a pretty great 2020 campaign, though the splits came back down to earth a bit. He’ll enter free agency at 31 years old, but has shown enough consistency to warrant a multi-year payday, though the current state of flux the Astros are in may mean he finds a new home in 2021.

Seager nearly matched his 2019 production at 135 games in 2020 with 52 games. Needless to say, he’s back in the major extension discussion. In terms of shortstops, Xander Bogaerts $20M mark is the high bar, and Seager’s production gets him there. The Dodgers already fed Betts, & have Cody Bellinger’s contract looming in the weeds. Paying him his final arbitration salary is risky, but it might be better business than having to buy high with a big time deal right now.

There’s no easy way to value a 40 year old designated hitter, but Cruz’s consistency and power production forces him into this extension conversation. He’s posted 57 HRs & 141 RBIs in his last 173 games, keeping his batting average north of .300, and an OPS north of 1.000. He earned $12M. Does he come back for $10M?

Conforto has shown flashes of stardom over the past 3 seasons in NY, & really took the reigns as the Mets most important bat in 2020. He flirted with the batting title, showing both power and opposite field ability at the plate. His strikeout rate and somewhat dampened RBI total keep his projection from rising to elite financials, but the Mets new owners will still need to reach deep into their pockets to lock up Conforto.

After a record-setting rookie campaign, Alonso fell back down to earth in 2020 - though he wound up on pace for 40 HRs/90 RBIs still. It remains to be seen how complete of a hitter Pete will be, but his power impact is unquestioned. The 25-year-old has 4 more years of team control remaining, but the Mets could look to offer him an Acuna-type deal (8 years, $100M) to get out in front.

The Mets’ bullpen has been a rollercoaster for two seasons now, but Wilson has been the most consistent of the group. If NY decides to make him their 8th inning arm going forward, they’ll need to up his current $5M price tag.

Judge offers elite production, & an elite NY personality - but his health has become a serious red flag. The Yankees haven’t spent recklessly in quite some time now, and extending Judge would qualify as a risky signing. The 28-year-old has 2 more years of arbitration ahead of him, so it’s not a necessary move, but still one we expect NY to make sooner rather than later.

The Yankees probably weren’t planning LeMahieu being a long-term option when they signed him away from Colorado 2 years ago, but after 102 RBIs in 2019, & a batting title in 2020, it seems impossible they let him walk away.

The A’s generally don’t keep pitchers into their free agency years, but it’s tough to ignore how valuable Hendriks has been to Oakland since taking over the closer role. There’s likely at least one team ready to offer Hendriks top reliever money on the open market, so Oakland will need to come close to keep him.

Realmuto has a chance to be one of the top position players to hit the open market this winter, and the Phillies missing the postseason could mean he allows that to happen. The power numbers have been consistent for 3 years now, with a batting average hovering at .275 while slugging nearly .500. There are a dozen teams in need of a catcher upgrade, so Philly will need to pay to keep him away from free agency. If he can break out of the "catcher" label, his numbers comp. nicely to that of Paul Goldschmidt or Eric Hosmer, raising his potential baseline to $22M.

The Padres found the Rosenthal of old when they acquired him to replace the injury Yates. Both can now be important pieces for a pitching staff that has improved mightily over the past calendar year, and both are eligible for free agency this winter. At 30, Rosenthal is the younger of the two, but Yates has been a more consistent option for SD.

Juan Soto, OF, WAS

The Nats had an awful post-World Series campaign, but that didn't stop Juan Soto from making his case as the best all around hitter in baseball. The 21-year-old has four years of team control remaining, but the Nats should consider buying all of it out and then some. The Nats will look to Ronald Acuna's 8 year $100M extension in Atlanta, but Soto's predictive value is MUCH higher. His production aligns more with Mike Trout at age 22, when he penned a 6 year, $144M extension in LA.

A World Series of Two Payrolls