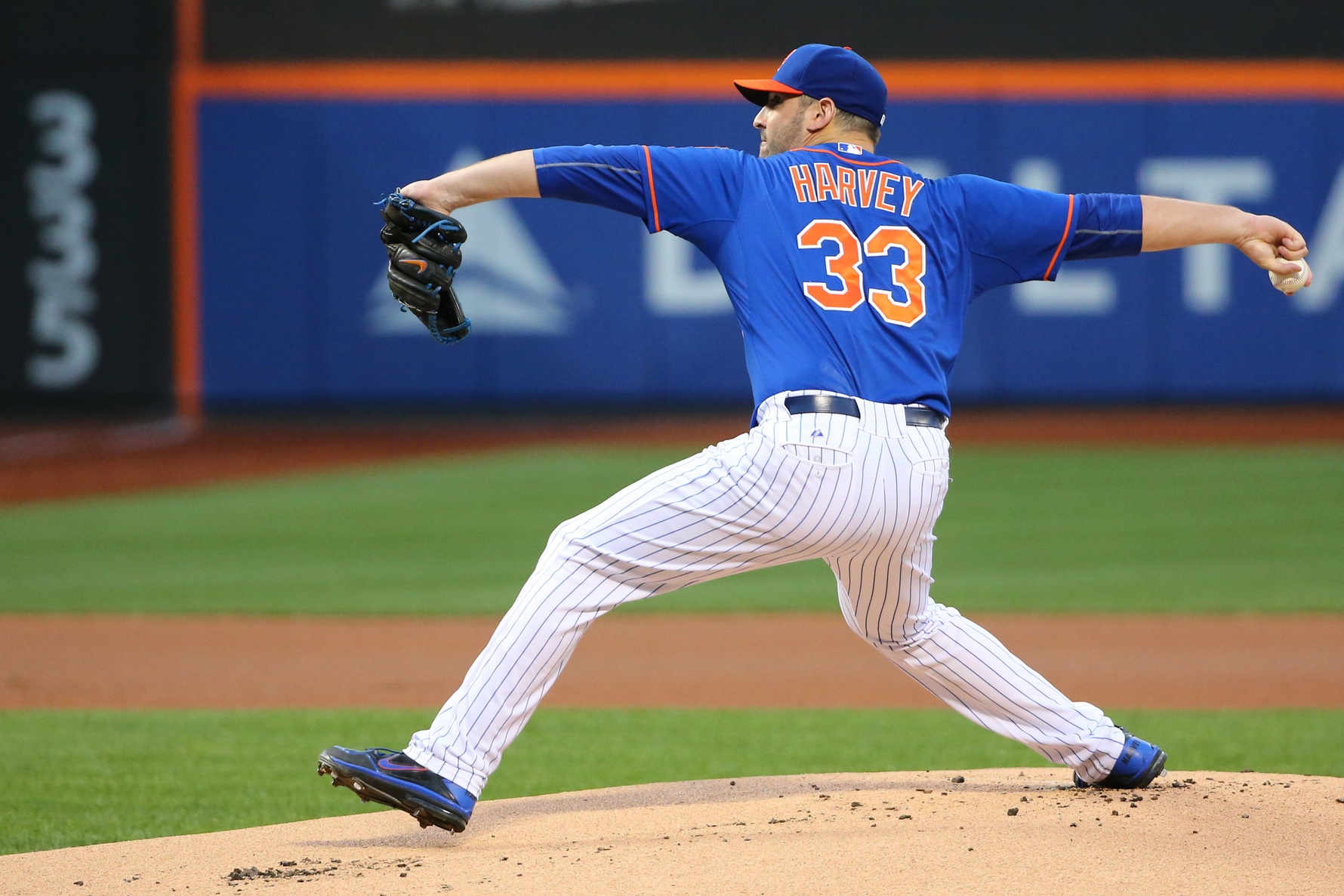 Matt Harvey first took the mound in Queens midway through the 2012 season, and his rise to popularity and respect across the league was nearly instantaneous. He continued his early success through the 2013, before Tommy John surgery detoured his entire 2014 campaign. His comeback this past season, while impressive around many team's standards, was somewhat diluted because of the depth of young talent the Mets have ascertained and promoted around him since.

However, there's absolutely no denying Harvey's long-term potential. Just 26 years old, and with top-tier pitch control, velocity, and competitiveness, Harveys well on his way to a major pay day in the coming months. He'll enter the offseason with one more year of arbitration eligibility - a move the Mets will likely push to make. But pressure from Harvey's camp (notably agent Scott Boras) will make it known that a long-term contract is deserved at this point.

We'll assess the current market value of Matt Harvey, comparing his statistical production to variable starting pitchers of similar age who have recently signed major contracts across the league.

Comparable Starting Pitchers
To generate a prediction the Spotrac team determined that the following pitchers were viable targets to use in comparing with Harvey. The key was to locate players with similar numbers, who signed their extension around his current age (26) To determine a more likely starting point for our numbers, we'll perform a linear regression of each contract breakdown listed below.
At 26 years old, Harvey is right inline with our variable pitchers at the time of their signing. We'll adjust Kershaw and Bailey's contracts up/down as if they had signed it at the age of 26.


Statistical Comparisons
Now we'll assess our variables and Harvey statistically over the two seasons prior to their signing using the following categories: Games Started, Innings Pitched per Game, Strikeouts per Game, ERA, WHIP, and Wins per Start.
The numbers are shockingly close across the board here, with the exception of games started - a topical subject surrounding Harvey, his agent, and his rehabbed shoulder from 2014. We'll factor both of these Prime % figures into our work below.

Length of the Contract
At just 26 years old, Harvey is looking at maximum long-term deal here should he want it. It may behoove him (and Scott Boras) to maximize dollars early on in the contract, notably something in the 4 year range, then build in an opt out (much like Zack Greinke is set to exercise next offseason). This allows him to renegotiate his value around the age of 30, and once again maximize his earnings into the twilight years of his career. We'll go along with our calculated 6 year average for purposes of this analysis.

Value of the Contract
It's certainly not a question that Harvey will be cashing in in the next 12 months or so. However the compilation of Mets young arms has, at the moment, deflated Harvey's value to the current roster. He's arguably been the 3rd best starter on the club through 2015, and the likelihood of him getting his maximum pay out from his current team is becoming increasingly less. With one more year of arbitration still in their pocket, look for the Mets to play it safe through 2016 (even when the Boras camp makes noise about it). It's very possible that this contract comes at the hands of another team after the 2016 season.

Our base contract for this analysis brought forth an annual average just north of $23.4M, putting him 10th among all active SP. When factoring in the Prime Percentage figures based on the statistical comparisons, Matt Harvey's current market value projects him at: