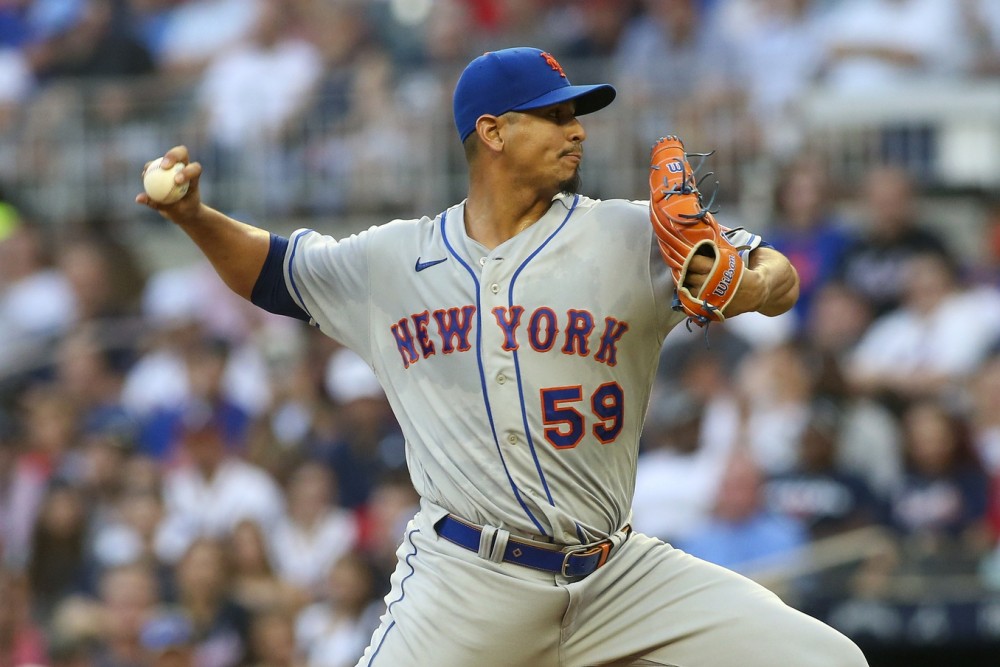 Devers should be the prototypical position player to pay and utilize as your cornerstone pieceSS Xander Bogaert already out the door, and SP Nathan Eovaldi likely next, Boston’s stock is still dropping - not rising. They’re in the process of trying to negotiate an extension here, but based on Xander’s offers, an end game seems unlikely. If he hits the trade block, Devers will draw blockbuster offers from most of the league.

This might be a bit of wishful thinking here, but there’s no question the Mets would like to get out from under this contract as quickly as possible - especially with top prospect Francisco Alvarez now purchased, & Tomas Nido (2 more years of control) in the running for a Gold Glove. New York will be looking to retain or replace 3/4s of a rotation, half a bullpen, and a centerfielder this offseason, so paying down McCann’s deal to get back a hole plugger might be worth their time.

It’s unclear who the White Sox are trying to be in 2023, but clearly getting out of $30M is more important than 35+ saves a year. Contenders will want the White Sox to eat some of this salary, but this feels like a move that gets made.

Teams have called about Daulton Varsho (CF, est. $2.7M in 2023, 2027 free agent), but the asking price rightfully remains extremely high. Youngster Alek Thomas (23, CF, pre-arb) could be the piece that moves, and should bring back a price to sets up this team to at least consider getting back into divisional contention in 2-3 years.

He’s probably not “officially” on the trade block until an over the top offer comes in. Should the Giants be that team? With Carlos Correa now in the fold, can top prospect SS Marco Luciano become a centerpiece starting point to get this kind of trade talk rolling? Rodon’s 6 year, $162M deal is a foundation for his next contract.

With plenty of team control remaining, there’s no rush for Pittsburgh to trade Reynolds, but there’s always a price. This feels like an early spring move after teams assess their new rosters a little bit. He projects to Brandon Nimmo’s recent 8 year $160M deal in NY.

Cookie had his $14M option exercised for 2023, but it feels like that was more of a backup plan for the Mets - who added bodies all around him in the rotation this past month. Teams that missed out on Rodon/Eovaldi down the stretch here will have interest.

The Cardinals have a surplus in the outfield - even after trading Harrison Bader at the last deadline. The centerfield market is smoldering, and in demand, right now, so a youngster with big upside could bring back a strong haul to St. Louis. Poaching an arm or two from Houston makes sense here.

Quantrill has now posted back-to-back-to-back strong seasons, raising his value to an all-time high. So why move him? The Guardians have 10 starting pitchers at or very close to MLB ready. They can keep the gravy train moving with an annual sell high move like this, especially before Quantrill gets too expensive.

Lopez was highly coveted at this past August deadline, but the Marlins were looking to be blown away with an offer (rightfully so). Lopez has now posted back-to-back-to-back seasons that prove he’s worthy of top rotation action & money. If the Marlins aren’t willing to be that team, striking on a deal this winter (with two years of control remaining) could prove to bring back a franchise-altering haul. Lopez projects to a 6 year, $110M extension in our system currently.

Torres projects to be the Yankees’ Opening Day starting second baseman, but shedding his projected $9M arbitration salary this season could be of some business importance. The White Sox make a little sense here, especially as they might have a reliever to send back to NY.